Visit the stunning beach town as seen in the drama in person! Check out our complete list of When The Camellia Blooms' filming locations and build your itinerary to Korea. 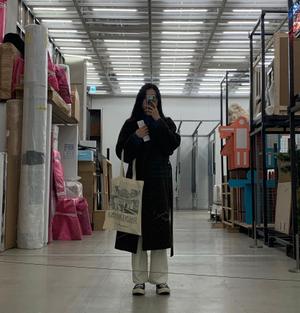 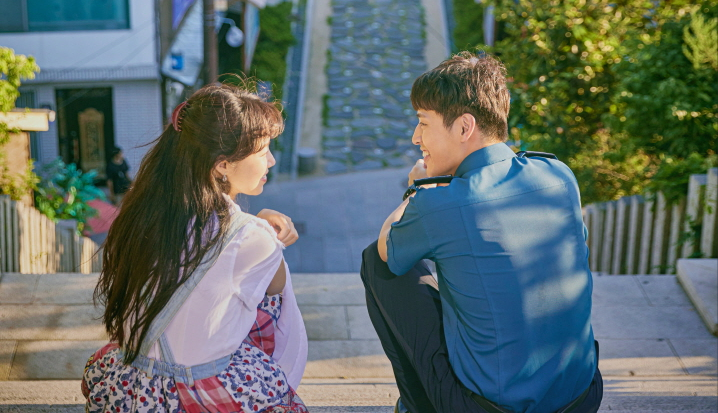 When The Camellia Blooms is a KBS drama that started out weakly in the ratings but finished with a 23% Nielsen rating in the end.

We'll talk about the primary filming locations from Guryongpo, Pohang all the way to Seoul.

Let's explore the world of Dong-Baek and Yong-Sik together!

Ongsan is a fictional town featured in the drama. It is filmed mostly in Guryongpo Beach, an area that was used as a fishing village during Japanese colonial times and has remained a fishing-focused town.

You can still see a lot of Japanese influence in the architecture and in the streets.

If you want to visit the town and see the cultural side of Guryongpo, you should visit the Guryongpo Modern Culture and History Street.

To get there from Seoul Station:

Walk 3 minutes to the street! So, let's get started talking about all the beautiful locations used for filming!

This street was made famous because it was used as the background for the drama's poster. Nowadays, you can't get a picture without people in the background. 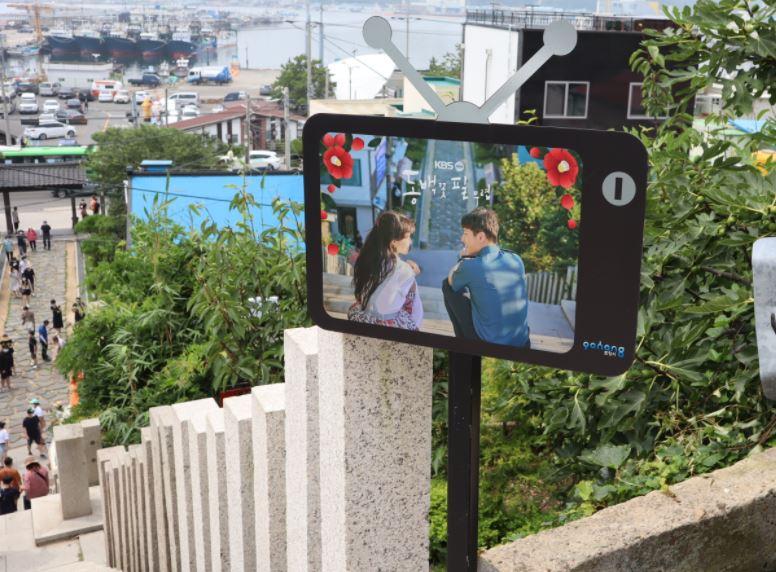 It has become a popular trend to recreate the same picture here. There is even a sign next to the steps for reference. 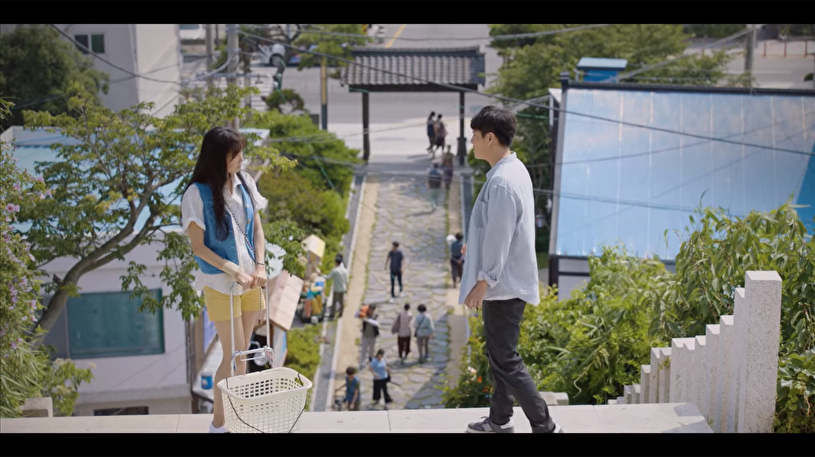 This spot appears in the drama many times because it's very close to Dong-Baek's house.

If you turn left at the top of the stairs, it will take you up the road to her house. 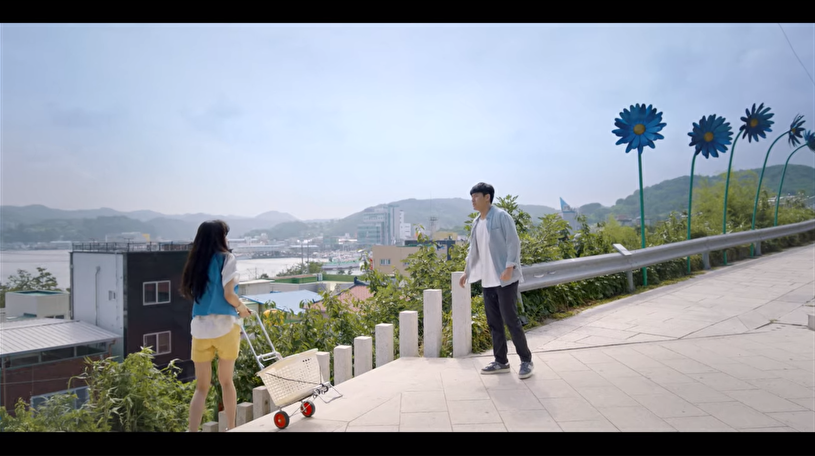 The big blue flowers are a noticeable landmark right next to the top of the stairs. If you follow that road up, you'll encounter beautiful murals! 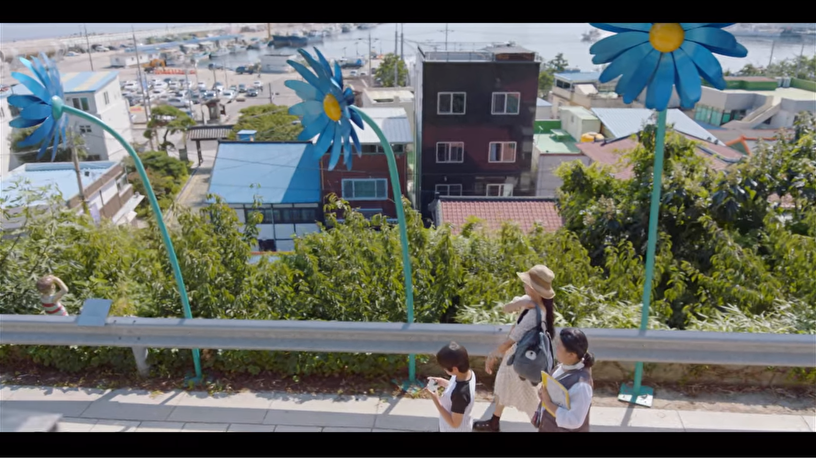 You can also see the blue flowers when Dong-Baek and her son, Pil-Gu, are walking past them on their way to school. 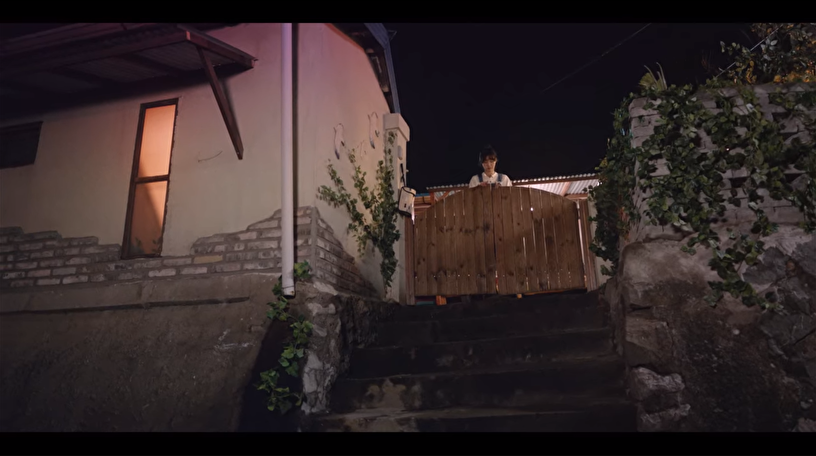 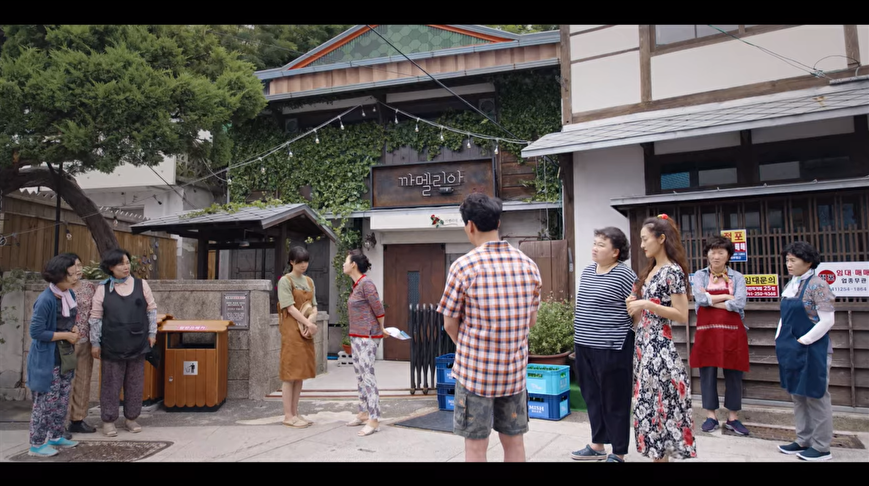 This is the location that most people are interested in. It's Dong-Baek's shop!

Actually, it's a building for cultural exhibition. They just added the "Camellia" sign on the front for the drama. It is not actually a restaurant inside. 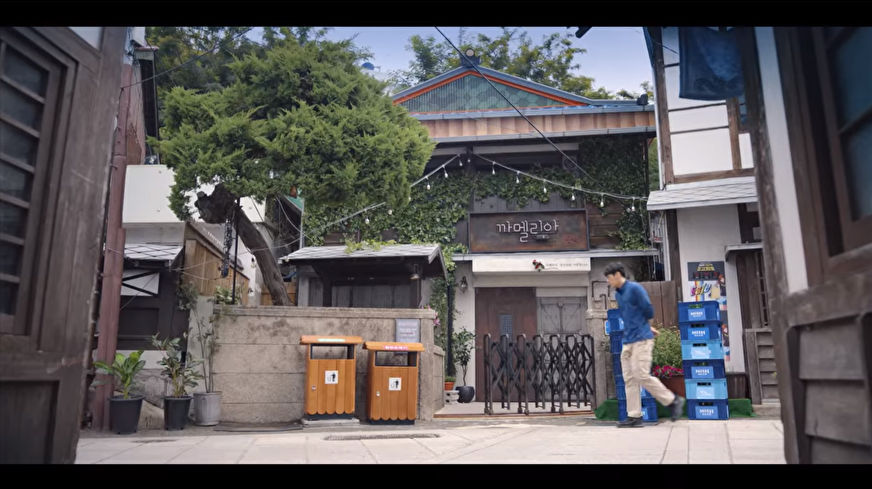 The scenes meant to depict the interior of the restaurant were shot on set at a different location. 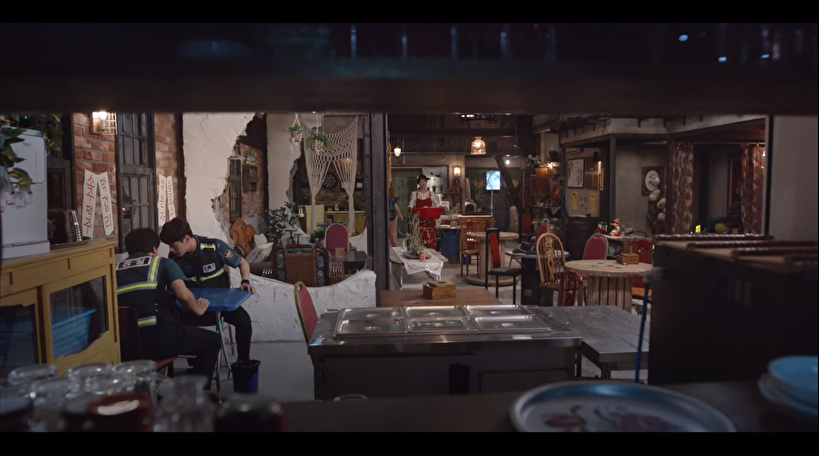 In the drama, the residents of Ongsan are very proud of this street.

In reality, those crab ornaments are really there! However, it is not to the extent that was featured in the drama. 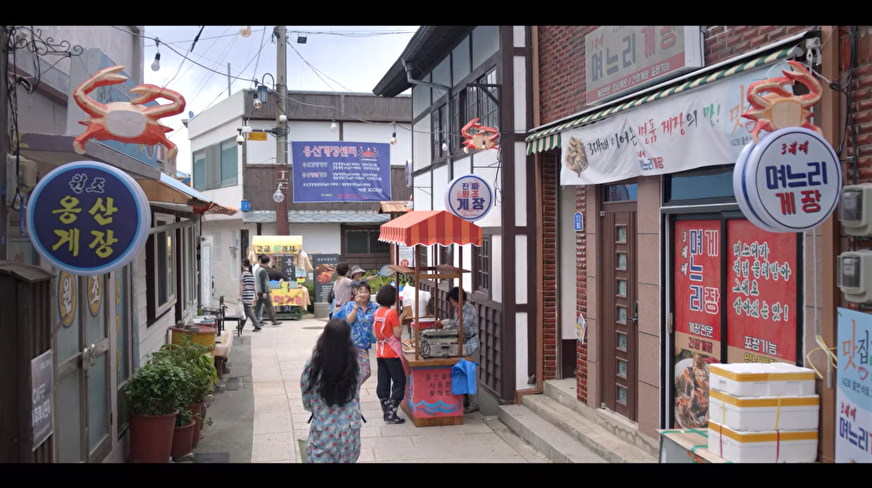 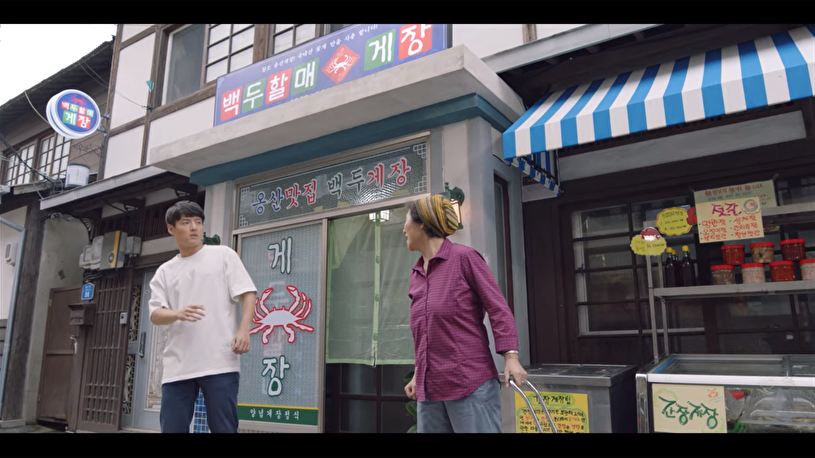 The restaurant featured as Yong-Sik's mother's restaurant "백두 게장 (Baekdu Gyejang)" actually exists, but it's a noodle shop, not a crab restaurant.

Here, they sell dishes such as cold noodles and yukgaejang. 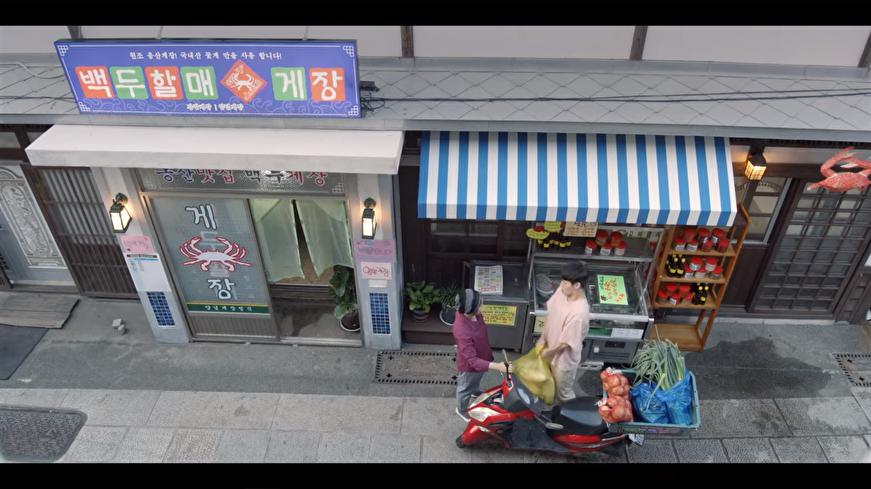 However, scenes meant to depict the interior were actually filmed on set in a different location. So the real restaurant doesn't look like that.

But the prices are very good. So you can eat great food at a great price! 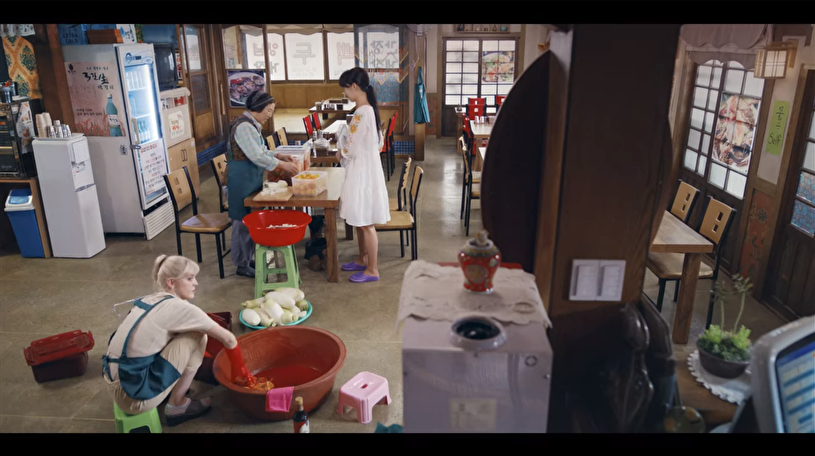 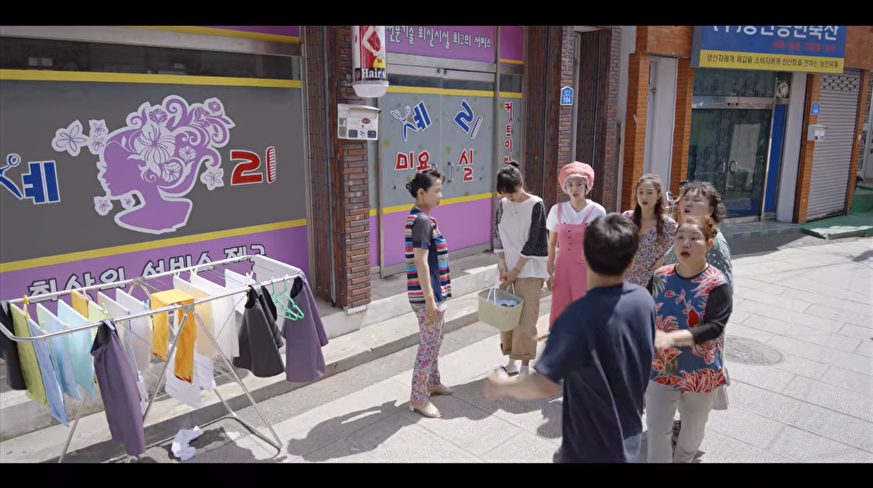 In episode 2, when "the avengers" were berating Dong-Baek here, she started crying. 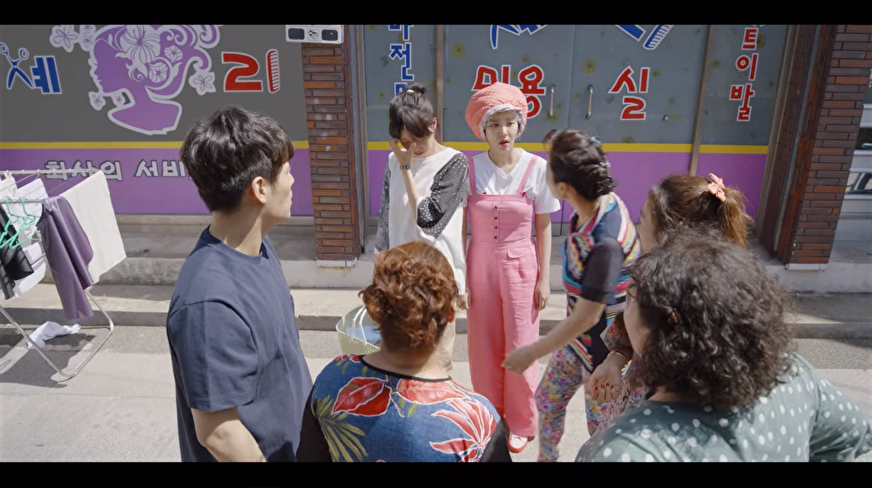 The bright purple color is really conspicuous, so it's really easy to find this location.

It is actually really interesting to see all the postings online of people who went all the way to Pohang to take pictures outside this really simple building. 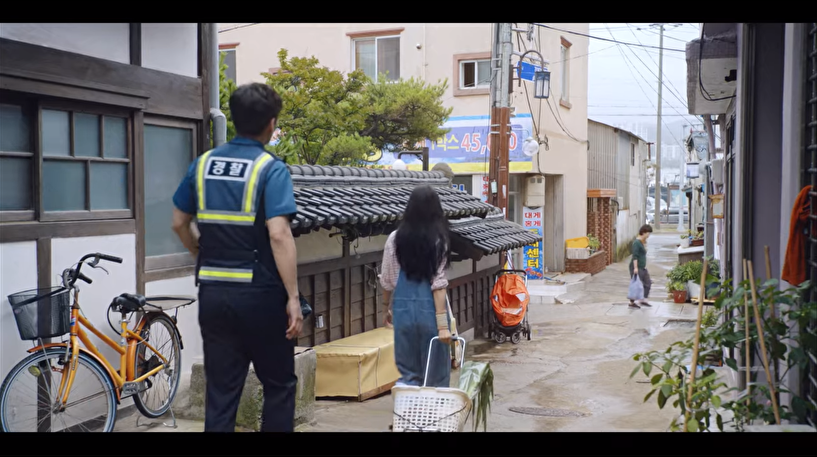 This is the spot where Yong-Sik made his confession to Dong-Baek in episode 3, but quickly got rejected. In the background, you can see the museum! 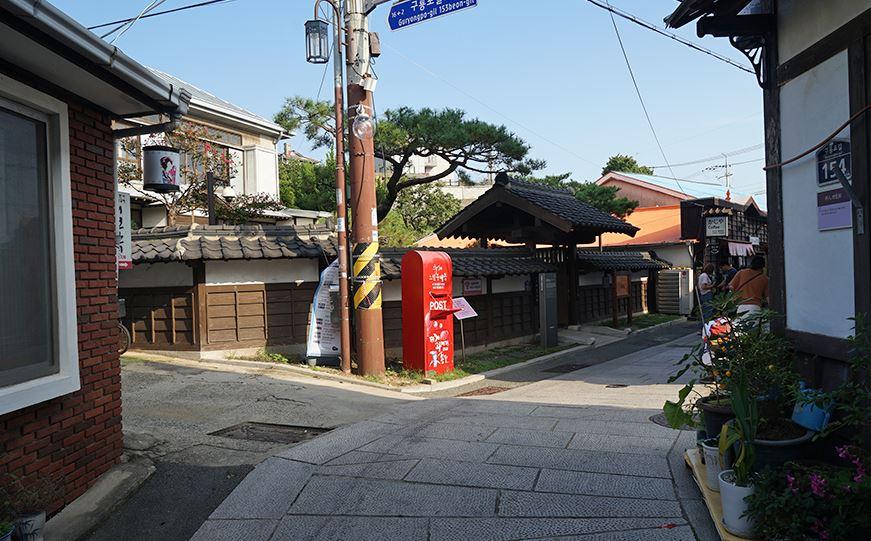 The original building was built in 1920 and has been renovated since then. You can go inside and see exactly what buildings were like in that era.

This is where the scene of Yong-Sik running to Dong-Baek was filmed. It appeared in the teaser trailer for the drama as well.

There are several things worth seeing in this small, beach side area. But the red lighthouse is the most popular. 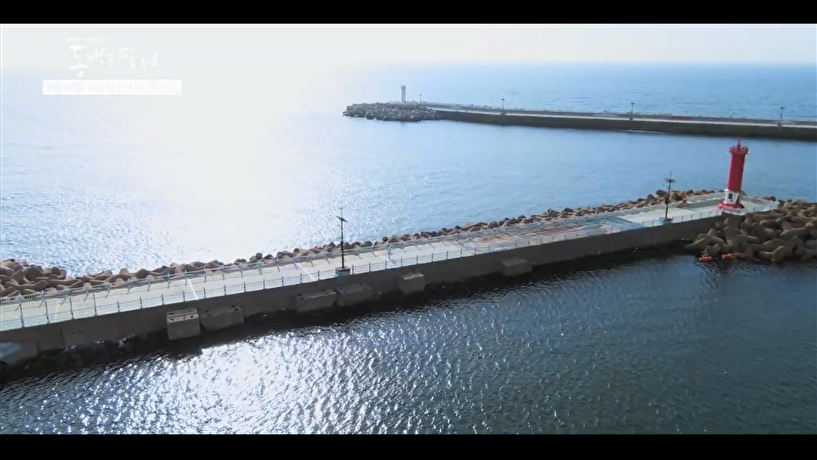 Approximately 7 minutes on foot from exit 3 of Gyeongbokgung Station, line 3 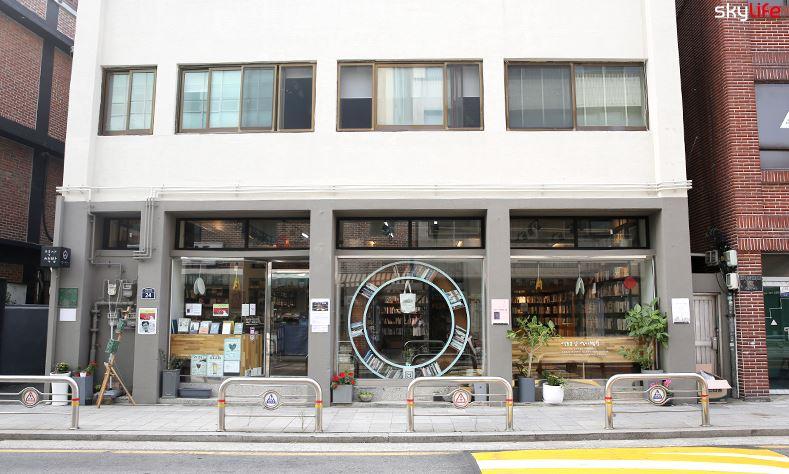 The bookstore where Dong-Baek and Yong-Sik meet is filmed near Gyeongbokgung Palace in Seoul. 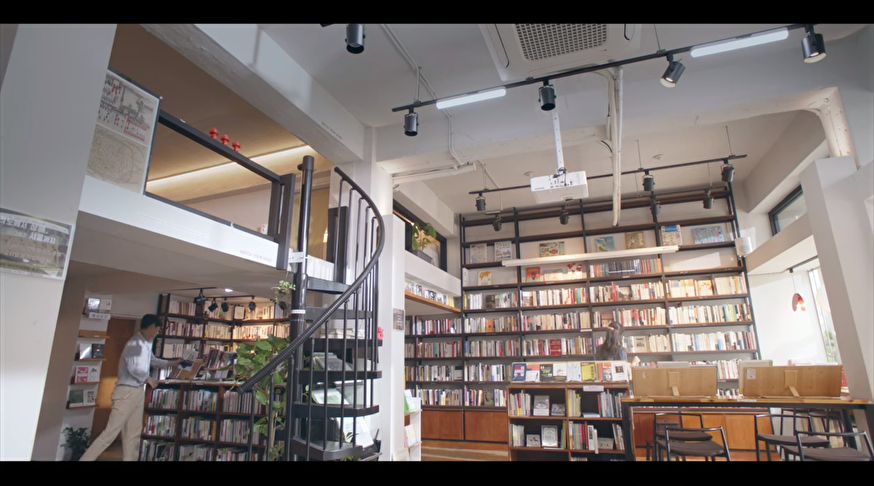 In the drama, there was a moment of admiration between the two characters as they stood next to the winding staircase. 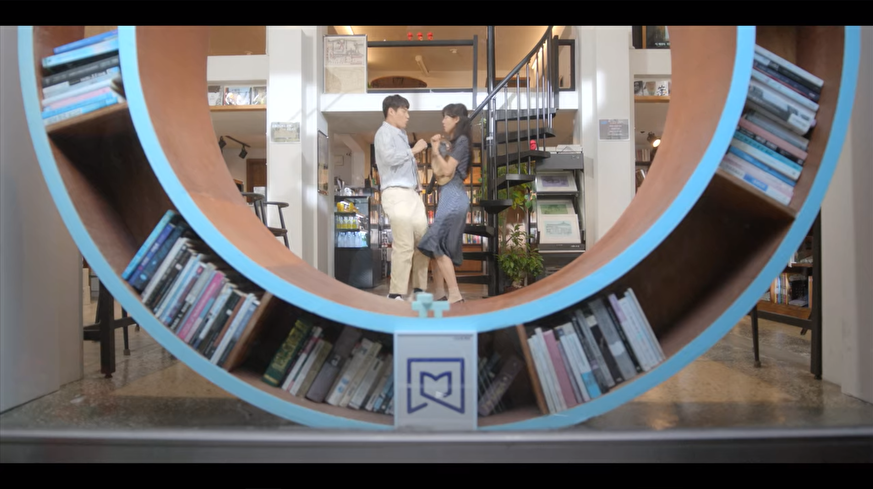 The circular staircase is impressive isn't it?

The moment where they're about the collide is filmed right outside the bookstore! 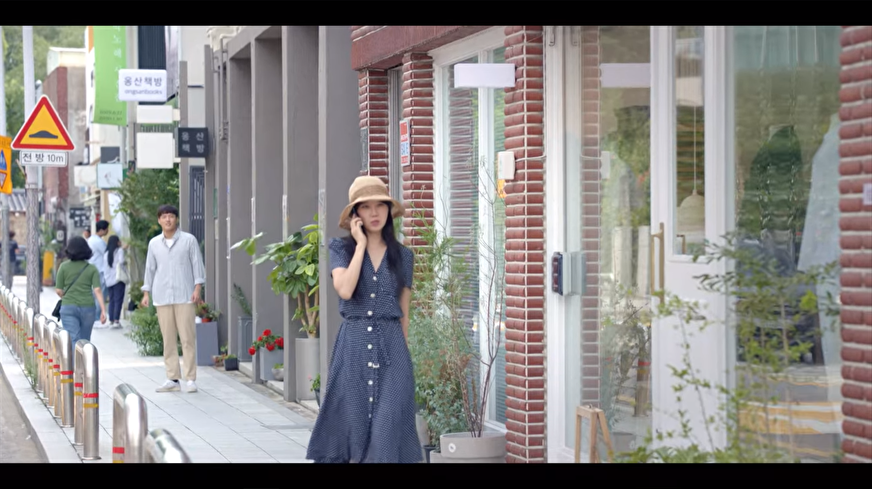 It's very close to Gyeongbokgung, so many tourists are familiar with the area already.

In the drama, Dong-Baek heads straight to the lawyer's office, but that doesn't really exist. 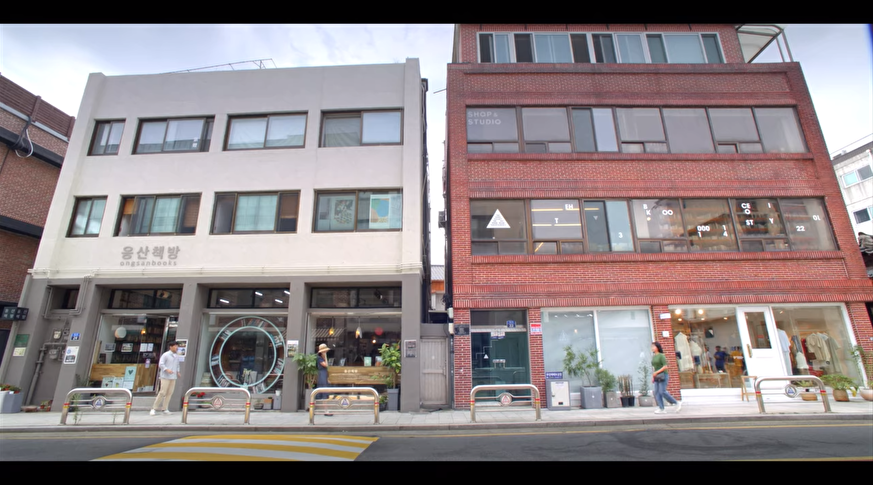 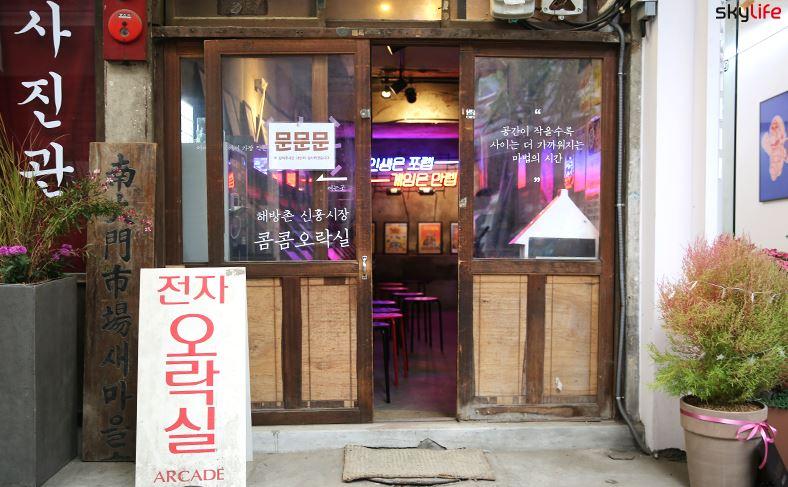 The shooting location in Yongsan-gu, Seoul is where the arcade that appeared in the drama is located! 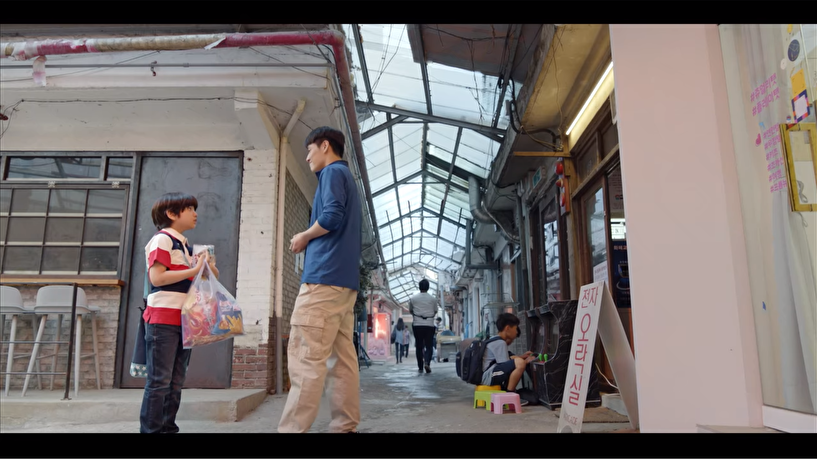 This was an old market that existed before the Korean War in 1950, but now it has been renewed little by little due to gentrification. So people have begun gathering here to discover the new cafes that pop up. 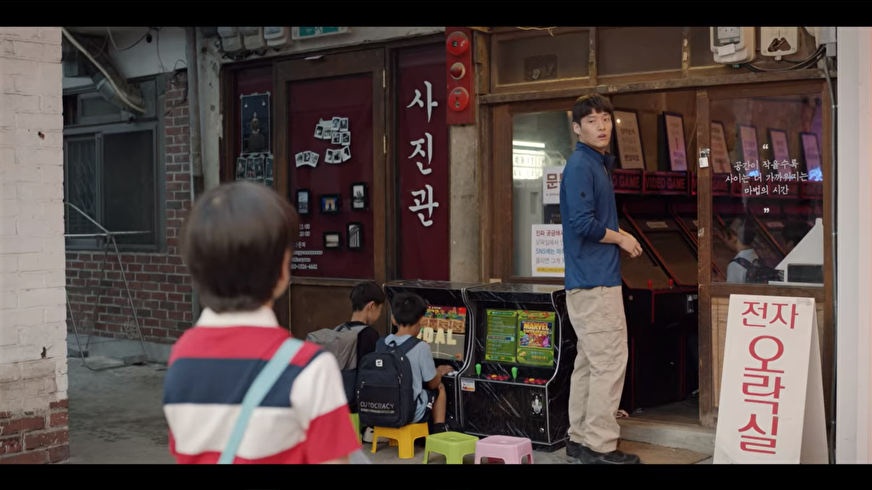 In episode 2, there is a scene where Yong-Sik and Pil-Gu were playing games together.

Suddenly, Dong-Baek appeared to yell at her son for not going to his academy.

I think it would be fun to play games there!

This is has been a brief overview of some of the key filming locations that appeared in the drama, When the Camellia Blooms.

Hopefully, you enjoyed seeing some of the beautiful scenery again. If you're a fan of the drama, let us know! We'd love to talk about it some more. 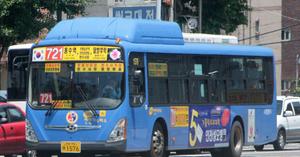