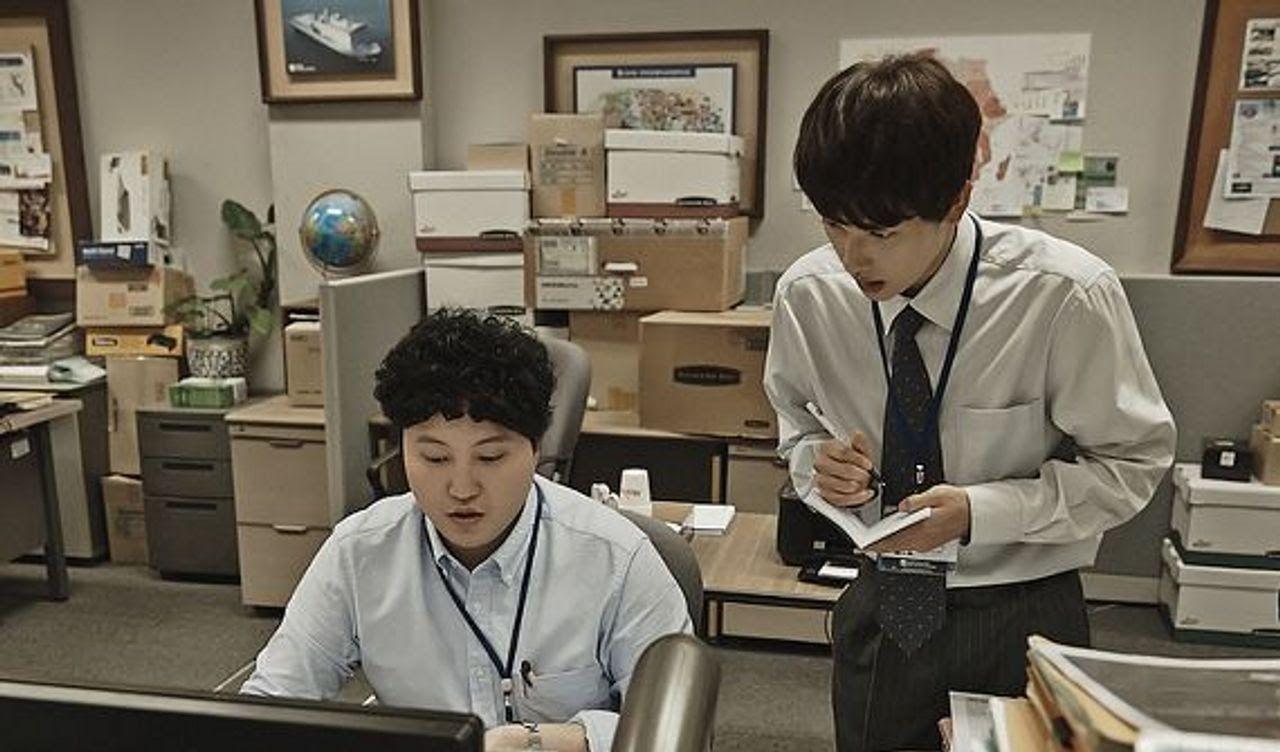 The popularity of K-Drama, K-Pop and K-Beauty has expanded around the world, increasing the number of people who are interested in working holidays or pursuing full-time careers in Korea.

Even the millennials in Korea spend the toughest times getting hired during the low employment rate, many of them tend to quit due to the significant amount of stress from the Korean work culture. If you are looking for jobs in Korea in the future, or otherwise willing to understand and assimilate into the country, it is crucial to understand the different aspects and features of it. To give you some ideas, I have prepared some important things to remember. Let's take a look!

Most of the big companies benchmarked other front-runner companies and were busy catching up to them at the fastest pace possible.

The largest industries including electronics, automobiles, shipbuilding, and steel relied heavily on this specific growth model. Due to this reason, there is a culture that underlings are obligated to listen to their managers and superiors unconditionally.

They ranked organizational competitiveness as the number one important factor to catch up to the front-runner companies as quickly as they can.

Also, the rigid communication style is a challenging factor most people find difficult. Even though underlings “can” speak up and make counter opinions towards their boss, most of them find it difficult to take them, and eventually, the underlings will fall out of favour with the boss, thus having a hard time getting along with them.

The below example is a common situation that many new employees find hard to handle:

Let's take a look at Joe, a new employee at a conservative company. His boss asked during their team meeting if there are any issues, problems or concerns at work. Joe smiled and answered, "Everything seems to be good sir". However, the boss continues asking him saying, "It's alright, you can tell me anything! Right?". When Joe looked around, other employees seemed very chill, so Joe started to share his real thoughts about the company. As soon as he pointed out the negative things about the company, the atmosphere of the meeting turned sour, and the meeting was wrapped up. After the meeting, seniors scolded Joe saying, "You should never speak like that when you are a freshman!" Joe never expressed his negative thoughts at work ever again after this.

Joe’s story was a famous story from the Korean social communication website but to be honest, this is a very common situation that my friends have experienced as well. 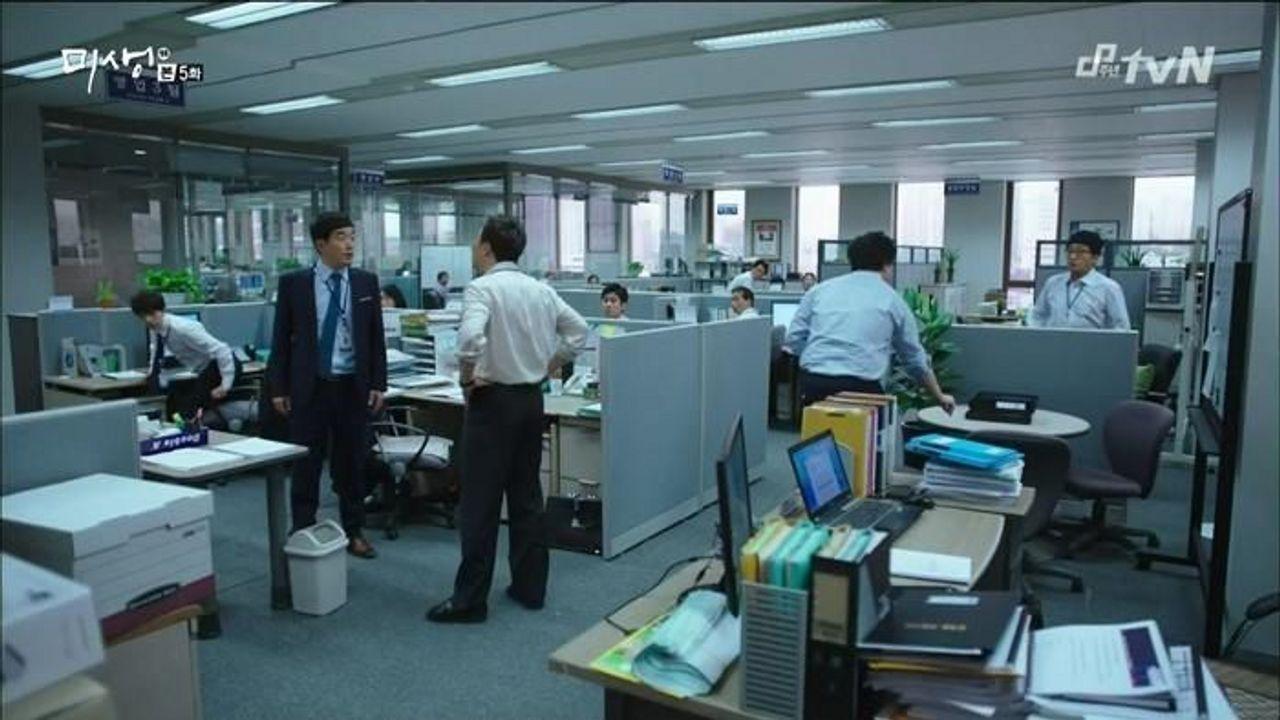 Employees in Korea find many similarities between the corporate and military. According to a survey that was done by a Korean recruiting website, 7 out of 10 workers stated that you can find resemblances to the military culture in their workplace.

The reason ‘An oppressive atmosphere that cannot even speak out their opinion’ ranked number one from the survey.

The second reason was ‘When important work schedules and decisions are changed unreasonably to accommodate the schedules of top positions and intentions’ and the followings were ‘Corporate atmosphere that is not willing to respect privacy’ and ‘When the reporting system is overly rigid and authoritative.’ 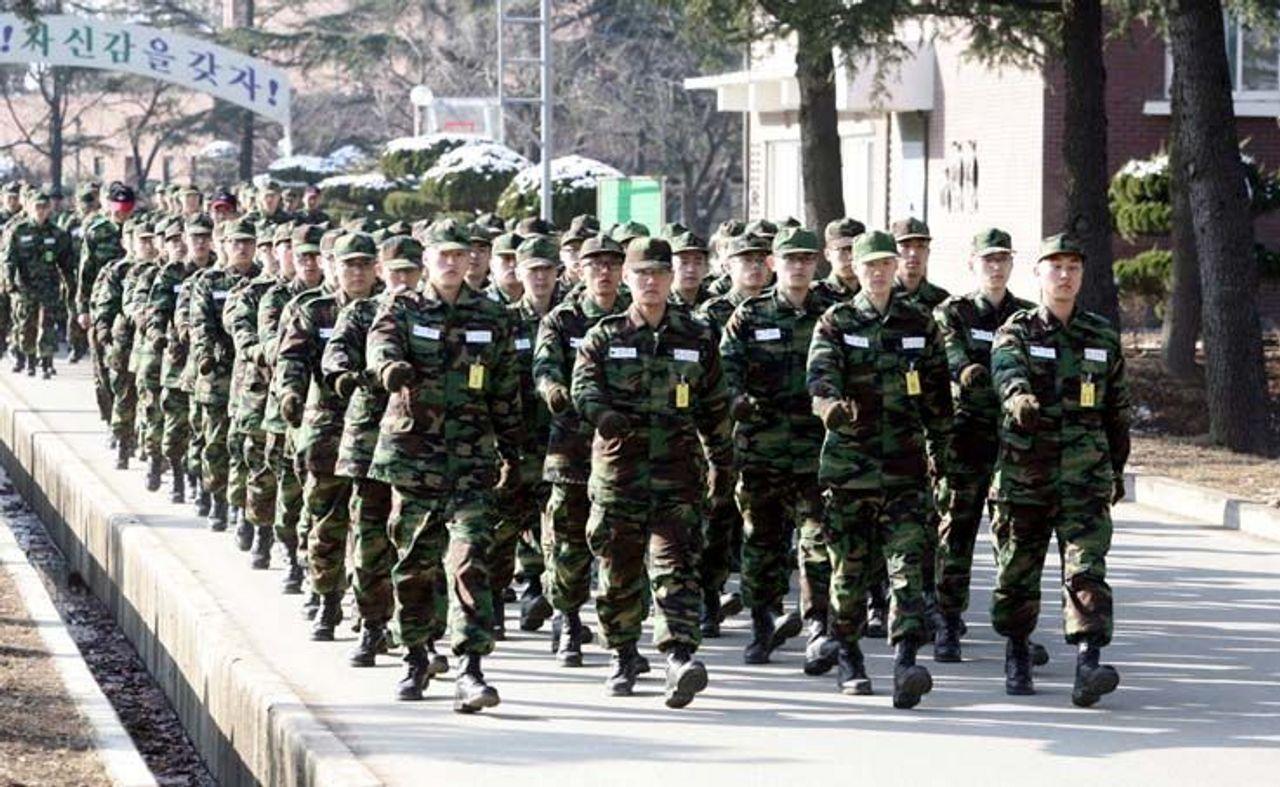 At this point, some of the readers might question what exactly the military culture entails. Military culture is composed of an order of hierarchy, following orders, and kkondae culture.

(Kkondae is a group of people who are more self-entitled, self-righteous, and stubborn. When you translate kkondae loosely, it means a condescending older person, who can be easily found in a middle or upper management position at work.)

Korean culture itself is more towards collectivism, which illustrates the strong relationship with the fellow members of the group. However, this corporate culture is improving quickly. 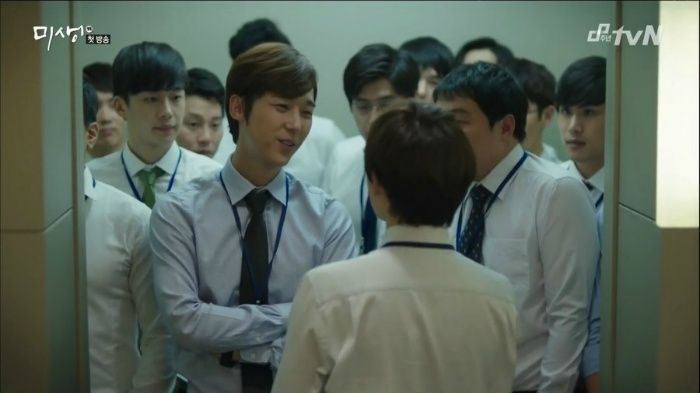 Korean culture itself is more towards collectivism, which illustrates the strong relationship with the fellow members of the group. However, this corporate culture is improving quickly.

Overtime And Working On The Weekends Is An Obligation?

Korean corporate culture expects you to work overtime and on the weekends as well. One of my friends just started her career and her regular working hour is from 9 AM to 6 PM just like any other workplaces. However, her workplace still requires the majority of employees to come to the office by 8 AM and finish at 8 PM.

At first, she would show up to work by 8:30 AM but her manager asked her to come by 8 since she is a freshman. 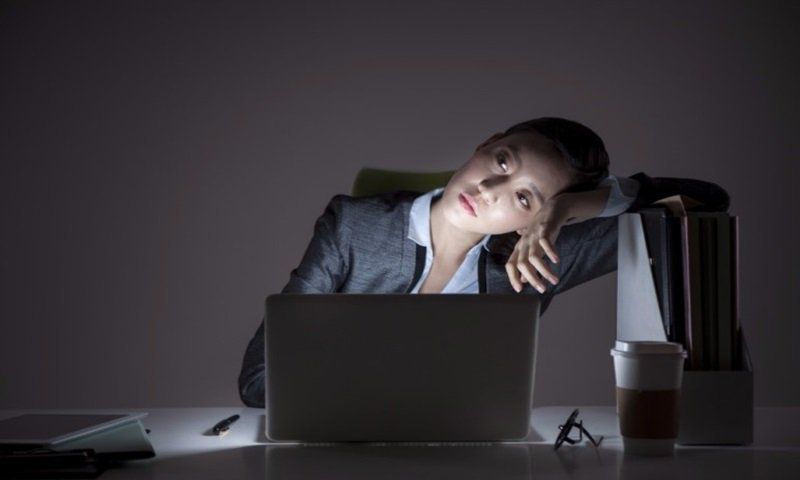 Leaving the office on the clock is the toughest assignment for any other employees in Korea; even if you have finished your tasks by 6 PM sharp, you won't be able to go home since your managers and boss are not done with their work; newbies always have to wait until they go home first.

One of my friends who works at the biggest companies in Korea, he leaves home at 6 AM and comes back home by midnight. The most upsetting thing is that they won’t pay you overtime even if you come to the office during the weekend. Even if you question this issue, the human resources will explain that the payroll includes overtime pay, which doesn’t sound as fair.

Corporates have the mindset of treating the employees as part of a machine. ‘There are more than enough applicants who are willing to work with us so if you aren’t satisfied with the working environment and pay, you're more than welcome to leave!’. This is one of the biggest concerns among the millennials: they don’t earn enough money for how much they work.

Korean women often experience gender discrimination whenever they are trying to get hired.

According to the survey from the Korean recruiting website, 4 out of 10 companies prefer to hire men over women due to the possibility of maternity leave later on.

Also, Organizations for Economic Co-operation and Development (OECD) stated that corporations in Korea have a rate of 0.4% of women working as an executive or a board member, which is the lowest among the countries in the OECD group. Besides, male employees are getting paid about 50% more than female employees as stated in the top 20 big Korean companies’ sales reports. 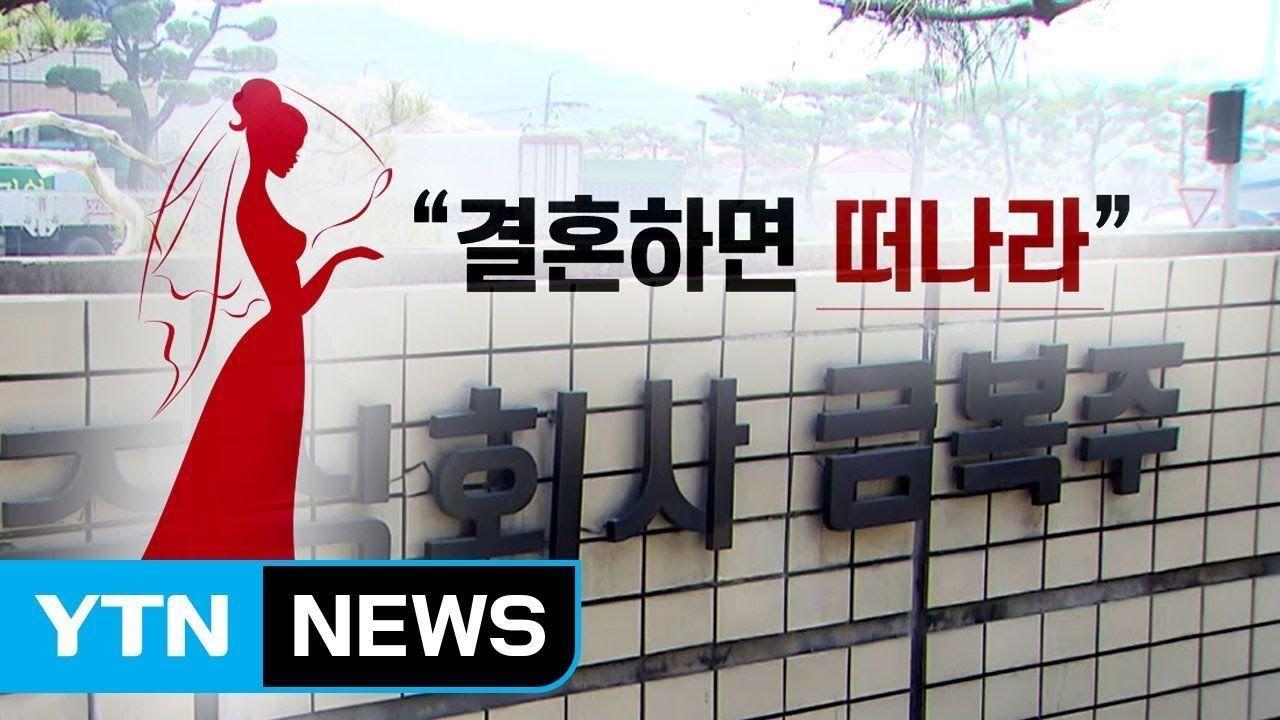 Lots of companies think that women employees tend to refuse to work overtime, go on a business trip, and volunteer for hard jobs; and some believe women quit their jobs easily due to marriage, childbirth, and etc.

This resulted in Korean companies to prefer men over women employees and giving men more promotion opportunities than women.

Recently, one of the big Korean start-up companies introduced a 35-hour workweek instead of 40 hours, which was the very first case in Korea.

Also, the government is pushing for creating a harmonious work-life-balance for every employee in Korea. As the flexible work system, which can control working hours or options to work from home according to the individual’s choice, companies are offering extra days of maternity and parental leave that are specified in the law.

By providing enough time to take a break, this will eventually result in the growth of work efficiency and productivity. Among the younger and more modern companies, there are already many companies offering much better working environments for their employees.

Another big change is going to theatres as a get-together instead of a typical drinking occasion; Korean pan-governments and citizens are working hard to switch the work culture.

Today, I have covered how work culture is like in Korea for those who are interested in pursuing a working holiday opportunity or future career here. Korean work culture is not the easiest in the world, but it is shifting fast due to lots of employees’ and the government’s attention and awareness of this issue.

If you have questions or comments about the blog post, please leave it in the comment section below or email us at support@creatrip.com