Do you know what Koreans do for Lunar New Year? What do they eat? What traditions are there? 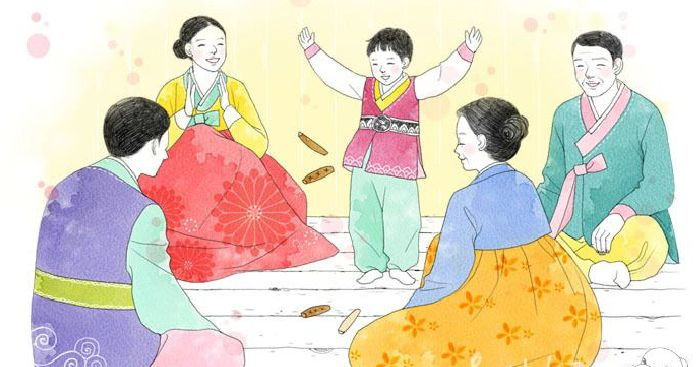 Seollal (설날) is the first day of the first month according to the lunar calendar of Korea. Lunar New Year is celebrated in many cultures across Asia and usually is celebrated between late winter and early spring.

Seollal is a very important celebration and holiday for Koreans, so today, we'll show you what Koreans do during Seollal! 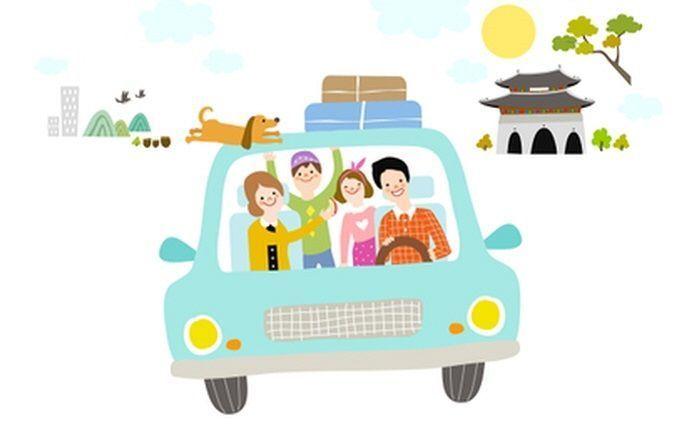 New Year's Day is a time for family members who may be living in different areas because of work to return to their hometowns. In general, Korean's return to their family homes during the two major holidays, Chuseok and Seollal, to meet relatives.

New Year's Day is considered a time for family members living in different areas, and there is a culture of returning home because of their work. In general, Koreans return home to their hometowns during the two major festivals, the Korean New Year and the Lunar New Year, to meet their relatives and friends.

During this time, so many Koreans travel that it's jokingly called "a great migration"!

There are many people heading to their hometowns, so traffic is very bad. 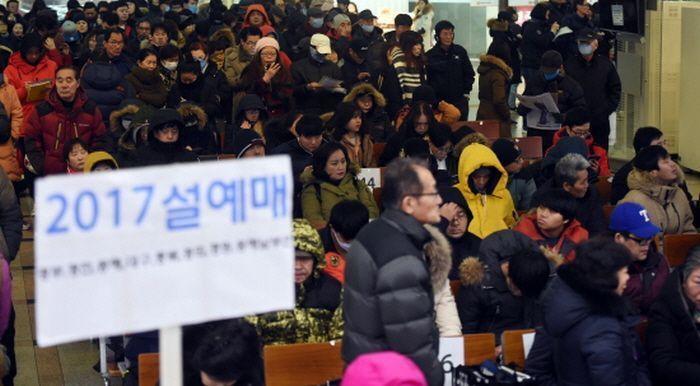 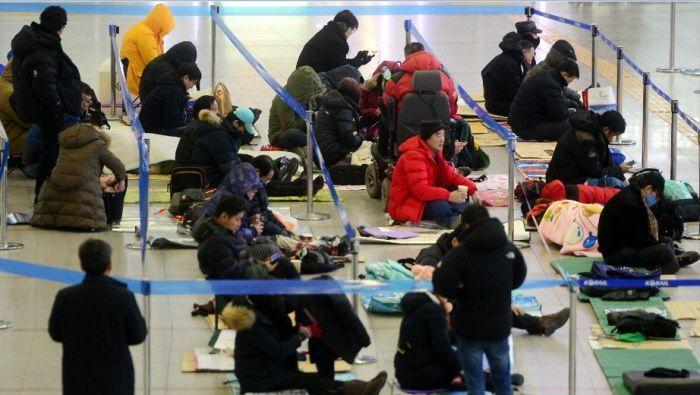 During the Seollal holiday, KTX train tickets are very hard to buy! Korean people book discounted tickets on the Korail homepage days in advance. If anyone's thinking of going to the station and getting a ticket, think again!

Tickets sell out in a flash and it's a fierce battle! Some people even sleep outside Seoul Station to get tickets. 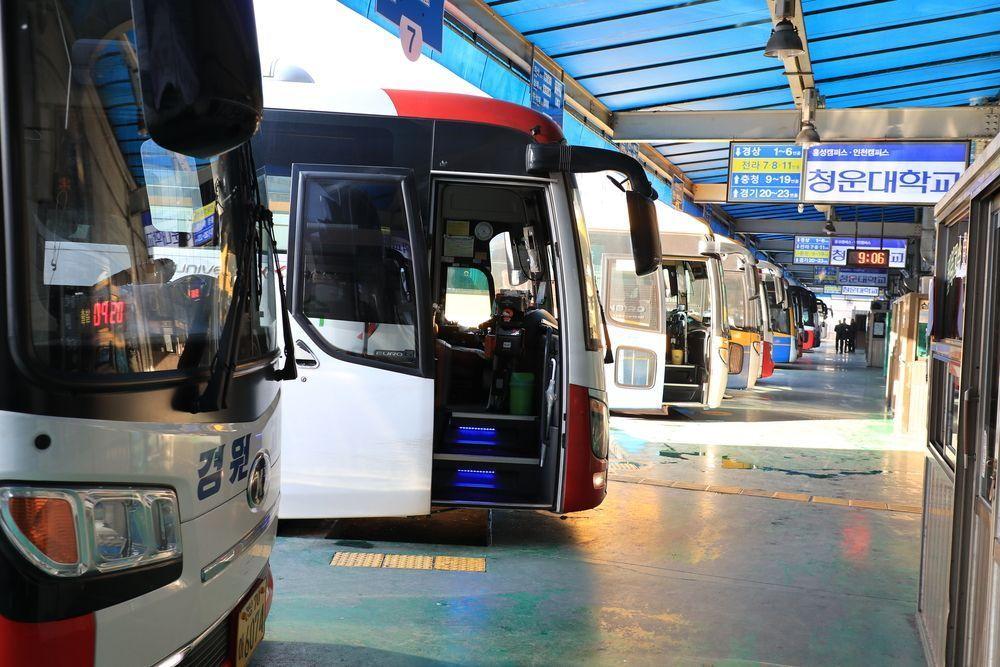 People who aren't able to buy train tickets can choose to return to their family homes by bus, but bus tickets during the holiday are also hard to buy.

If you want to buy a ticket on the day of your trip, you may have to wait about 2 to 3 hours at the passenger hall. Although the traffic in the bus lane isn't as bad as the regular car lanes, it still takes longer than usual. 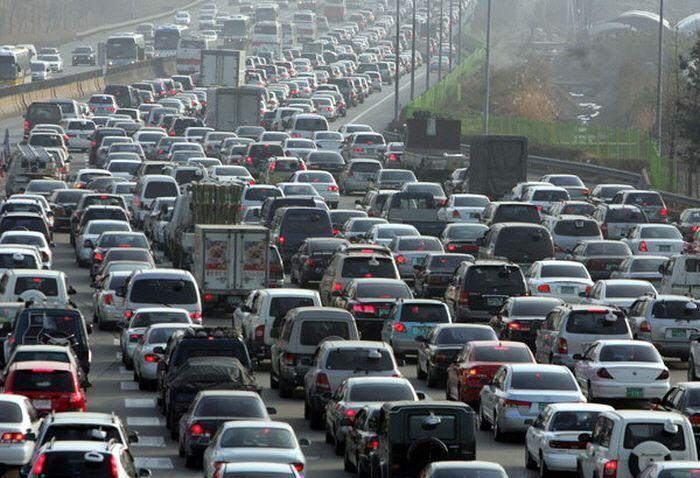 You have to take into account the traffic during the holiday. If it usually takes you 3 to 4 hours to get somewhere, it may take 7 to 8 hours during Seollal!

But no matter how hard it is, everyone still makes sure to visit their hometown. 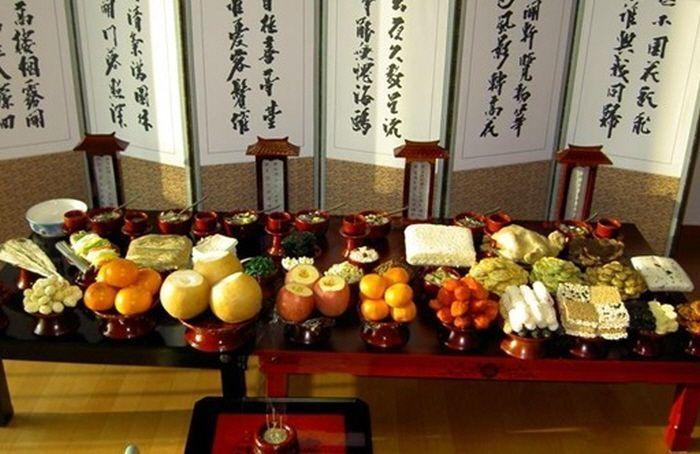 Everyone in the family is busy preparing food the day before Seollal. The supermarkets and marts are full of people buying fruits, vegetables, meats, and other ingredients for Seollal foods! 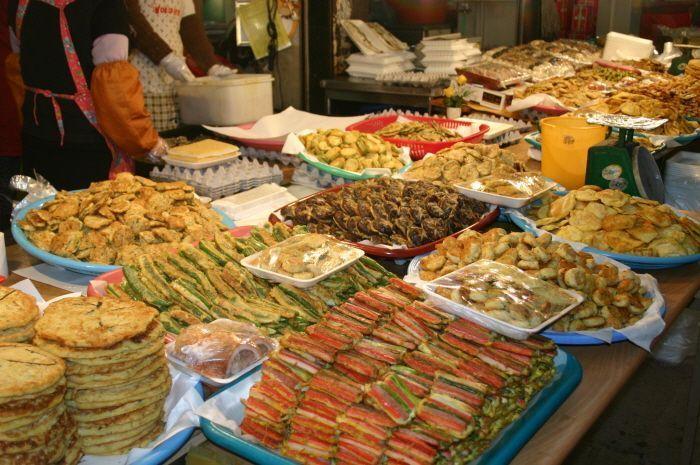 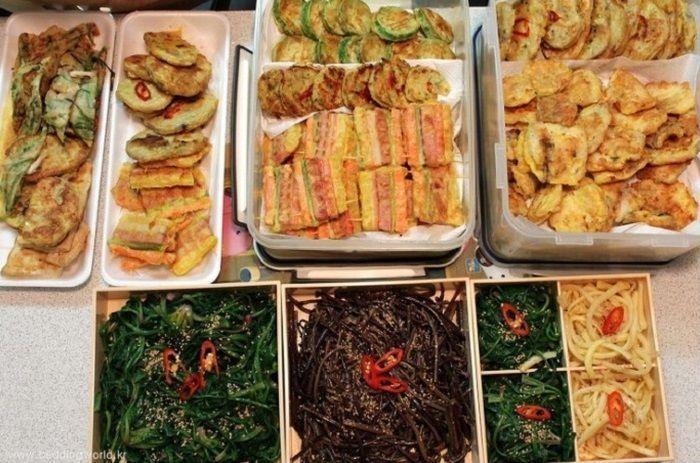 There are many different traditional foods prepared for Seollal and there needs to be enough to feed all of the family members, so it's a big, long event for Korean housewives.

In Korea, married women return home the day before Seollal to help their mother-in-law prepare food and help wash dishes. 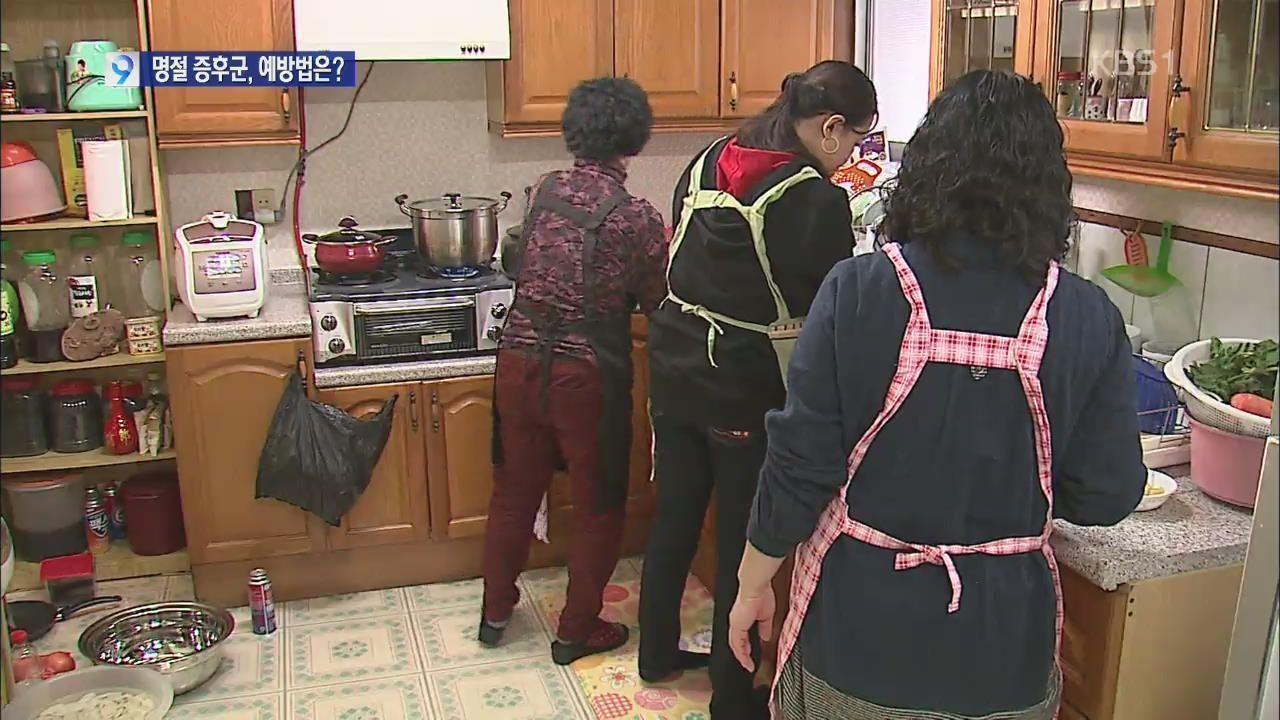 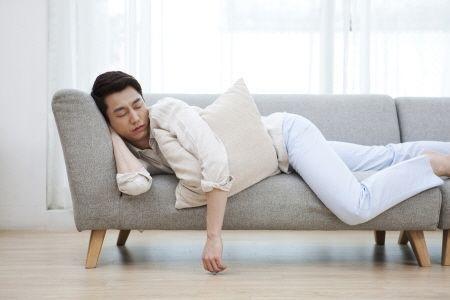 On the other hand, Korean men often rest and enjoy their time at home. It's said that Korean men don't do anything during Seollal.

Many Korean women may not want to get up on the day before Seollal not only because they have to prepare food and do housework, but because they feel a lot of pressure from their in-laws, especially their mother-in-law.

Sometimes the situation is so severe that many women can't stand it and ask for a divorce. 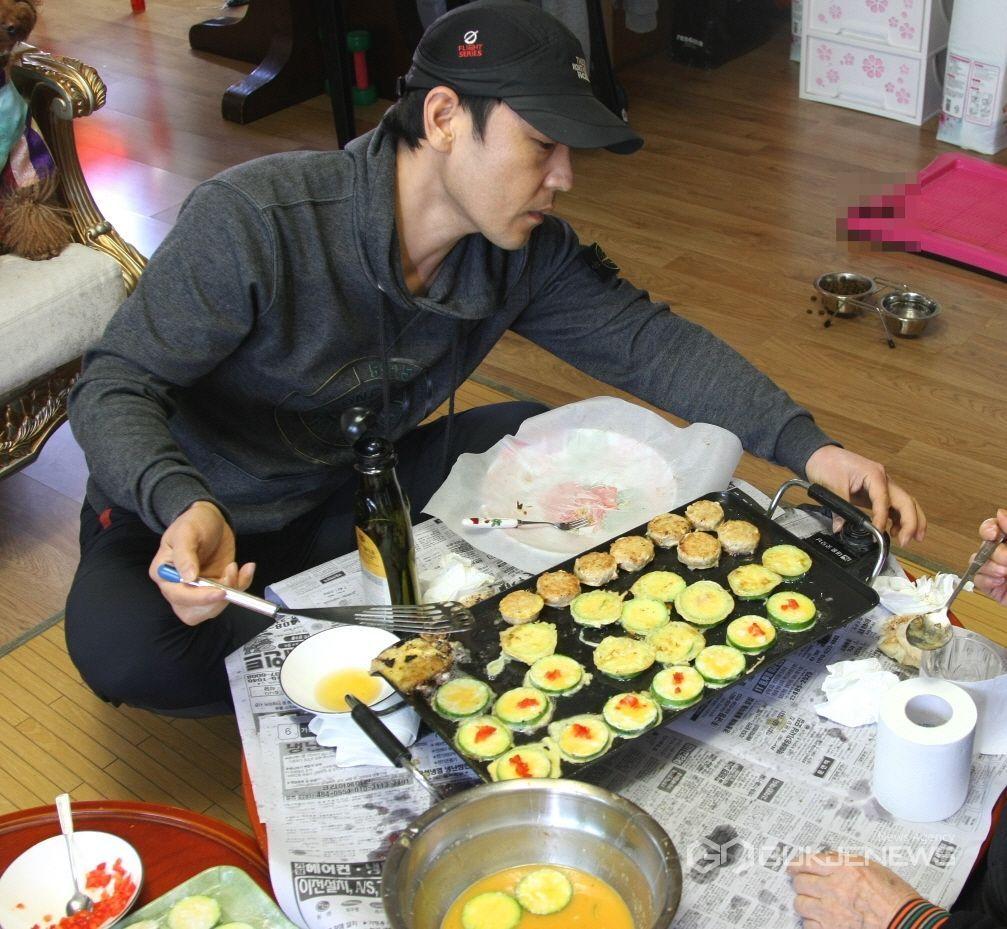 But, now that Korean society is changing and gender equality is increasing, there are many families where men and women both help prepare meals.

There's still a lot of men that don't help their wives cook or do housework, so we hope this culture keeps changing! 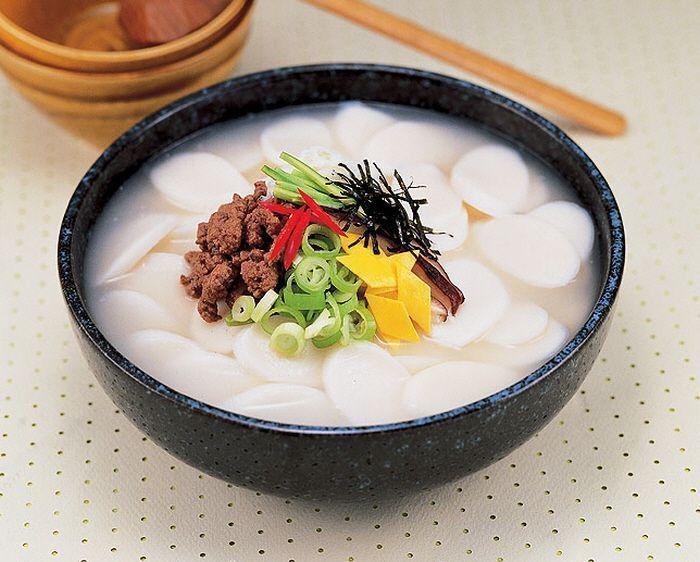 The food you can't leave out on Seollal is tteokguk (떡국), or rice cake soup! It is said that you gain a year in age when you eat it on New Year's.

Tteokguk is a traditional Korean food made by cutting rice cake into thin slices and boiling them in broth. It's topped with egg, meat, and other ingredients. Although it's not found on a Korean table everyday, everyone will be eating it on Seollal! 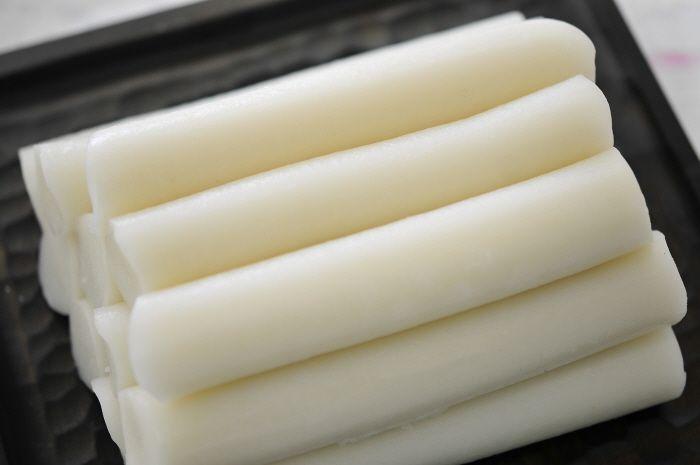 The rice cake is white and long, symbolizing a long and healthy life, so on Seollal, Koreans eat tteokguk and wish for a long life and health in the new year.

The characteristics of tteokguk vary slightly by region. 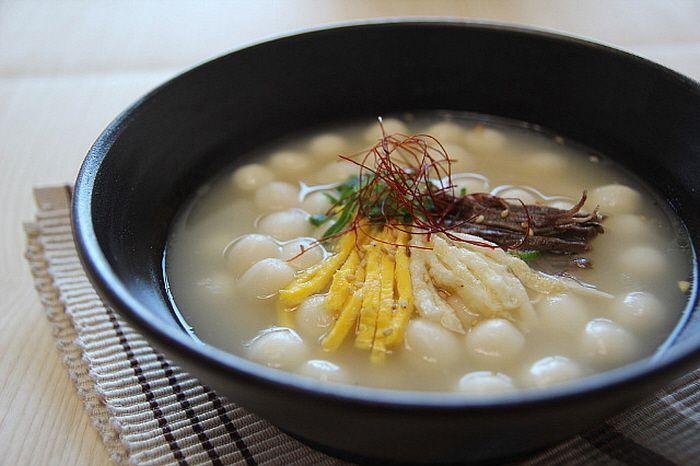 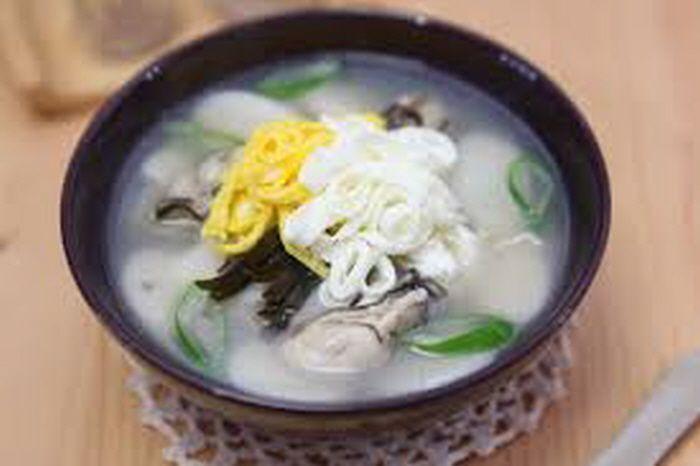 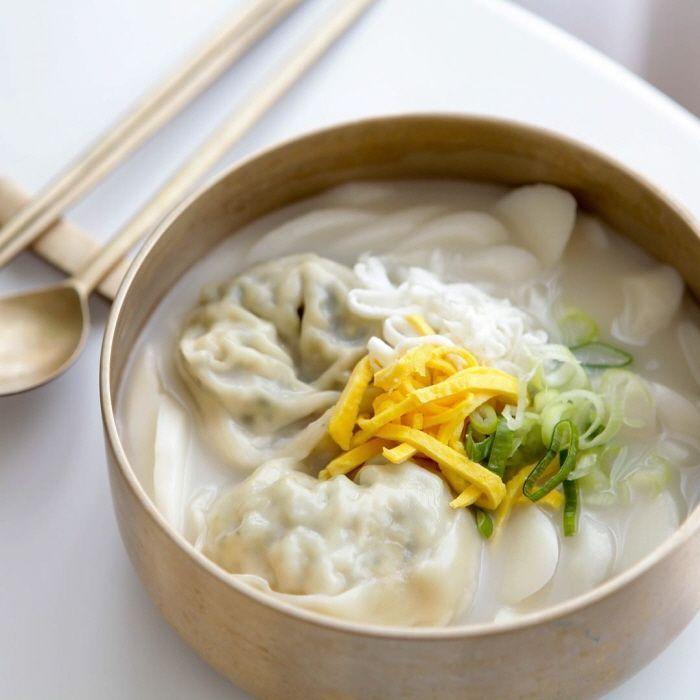 In North Korea, rice cake with a unique shape not seen in other areas is used to make tteokguk. It's called joraengi (조랭이) and it's a cocoon shape and also symbolizes good luck.

In addition, in Chungcheong-do, seaweed is added to the tteokguk, in Gyeongsang-do, oysters are added, and Gangwon-do is famous for their tteokguk with dumplings. 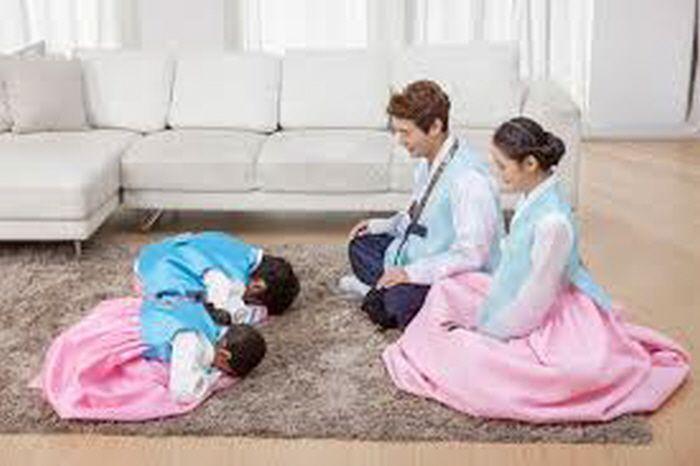 Another thing Koreans do on Seollal is to wish their elders a happy new year by performing a bow called sebae (세배).

Usually, the elders of the family sit and the children go in front and bow to them to wish them good luck in the coming year. This is the part children look forward to most on Seollal! Do you know why? 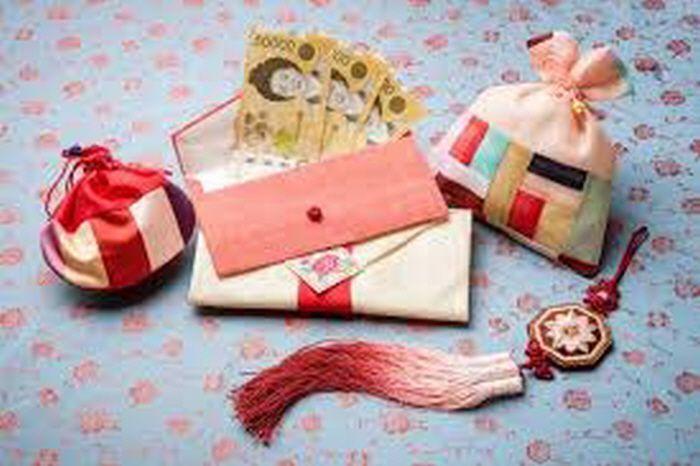 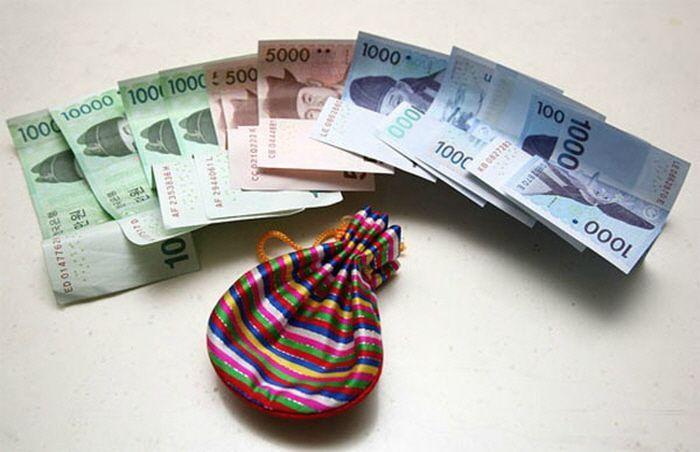 It's because they receive money!

The elders give their children money to symbolize their blessings. For this reason, Seollal is an exciting day for children to get some extra spending money.

All families are different, but often, families give unemployed children money as well. 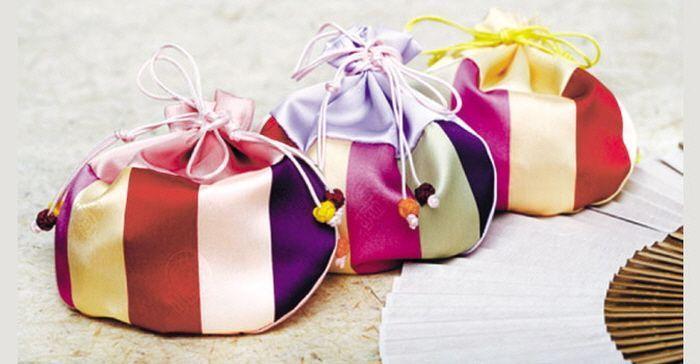 Koreans don't wear hanbok on Seollal as much anymore, but in the past, Koreans wore hanboks with little bags to receive the money in when visiting their relatives. 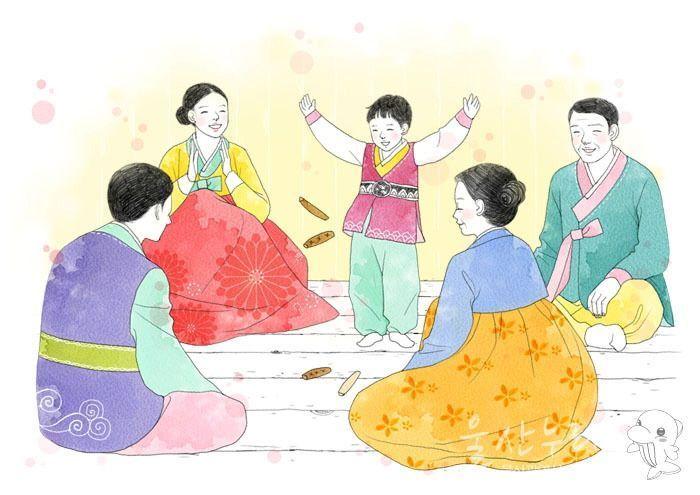 Since the whole family is together, it's the perfect time to play a game! Even though it's not played often, it's very fun to play with relatives. 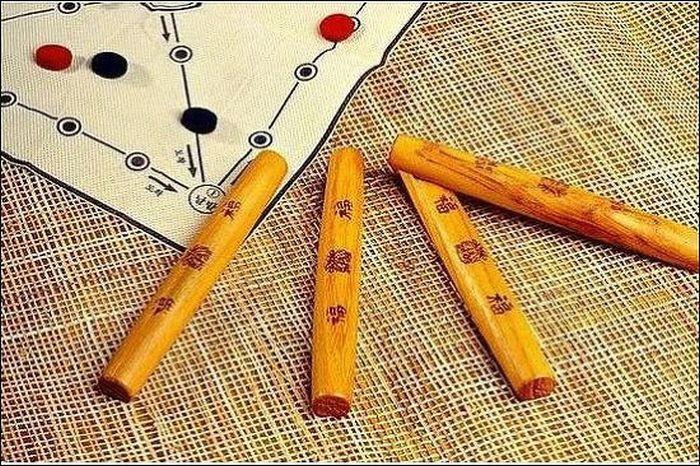 Many of you may be famous with the traditional Korean game, Yut Nori (윷놀이) and it is a traditional game that many still play. It's played by throwing four sticks and different combinations correspond to different movements, like a board game.

Two to three groups can play together, so it's perfect to play when the whole family is gathered for Seollal.

There are also other folk games, like flying kites. However, ordinary families don't usually do this, so you can experience it at a folk museum. 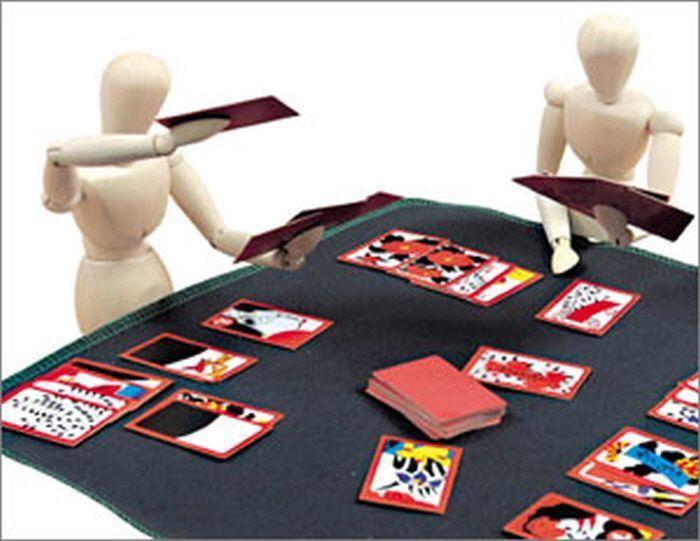 A game adults like to play instead of traditional games is Hwatu (화투). Sometimes, they make bets with small amounts of money while playing, so it can lead to a fight! 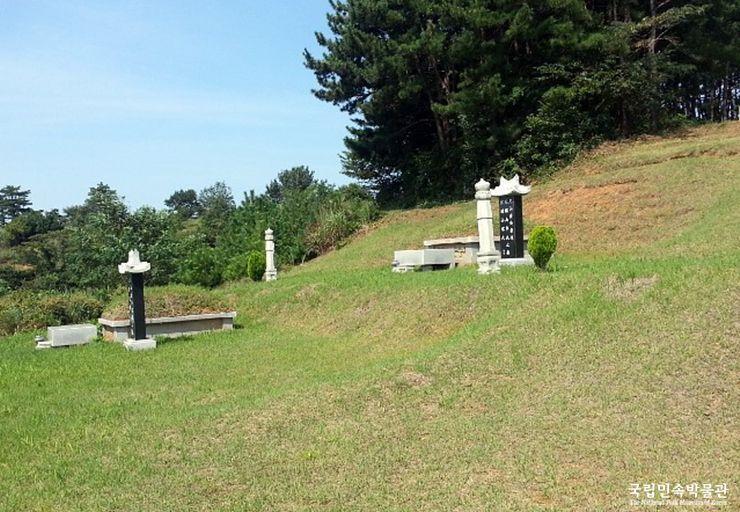 In Korea, after the ancestral rights are performed on the first morning of Seollal, they go to their ancestors' graves to greet them and tidy up the graves. 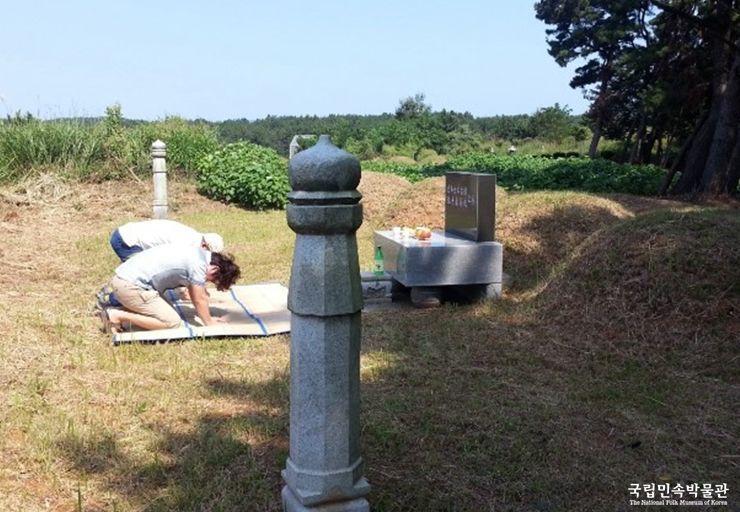 When they are done cleaning the grave, Koreans pay their respects and gratitude to their ancestors by bowing. Men bow twice and women bow once.

Then, incense is lit and wine or alcohol is sprinkled three times on the grave. People usually remove the weeds around the grave. Since many people are busy with work or live far from their family homes, they don't have time to tidy the graves frequently.

Therefore, during long holidays like Seollal, many people bring their families to clean up their ancestors' graves. 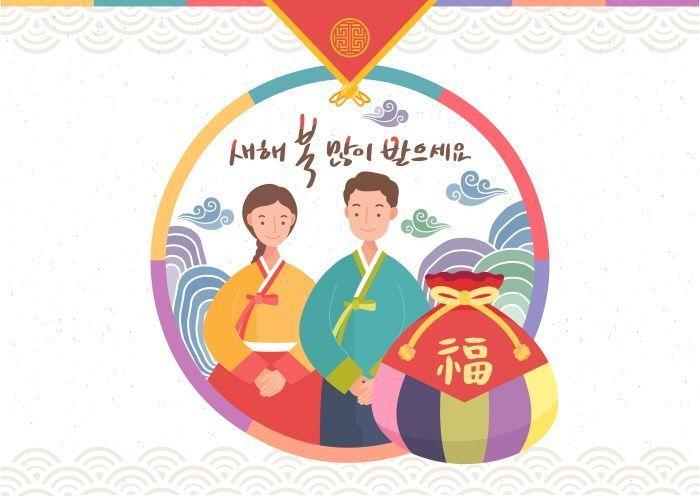 Lunar New Year is coming up, so we wish you all a happy and healthy holiday with your families!