List of 30 Korean dramas set to be released in 2022! Which ones are you looking forward to? With only two weeks left of 2021, what are you looking forward to in the new year? 2022 is already looking like a year packed with Korean drama releases as more than 30 dramas have already been introduced with set release dates.

Keep reading to see what popular Korean actors will return to our screens and whose chemistry we can look forward to in 2022! This drama tells the story of a lawyer who specializes in divorce cases. He's always busy with work, but has a fateful encounter one day... 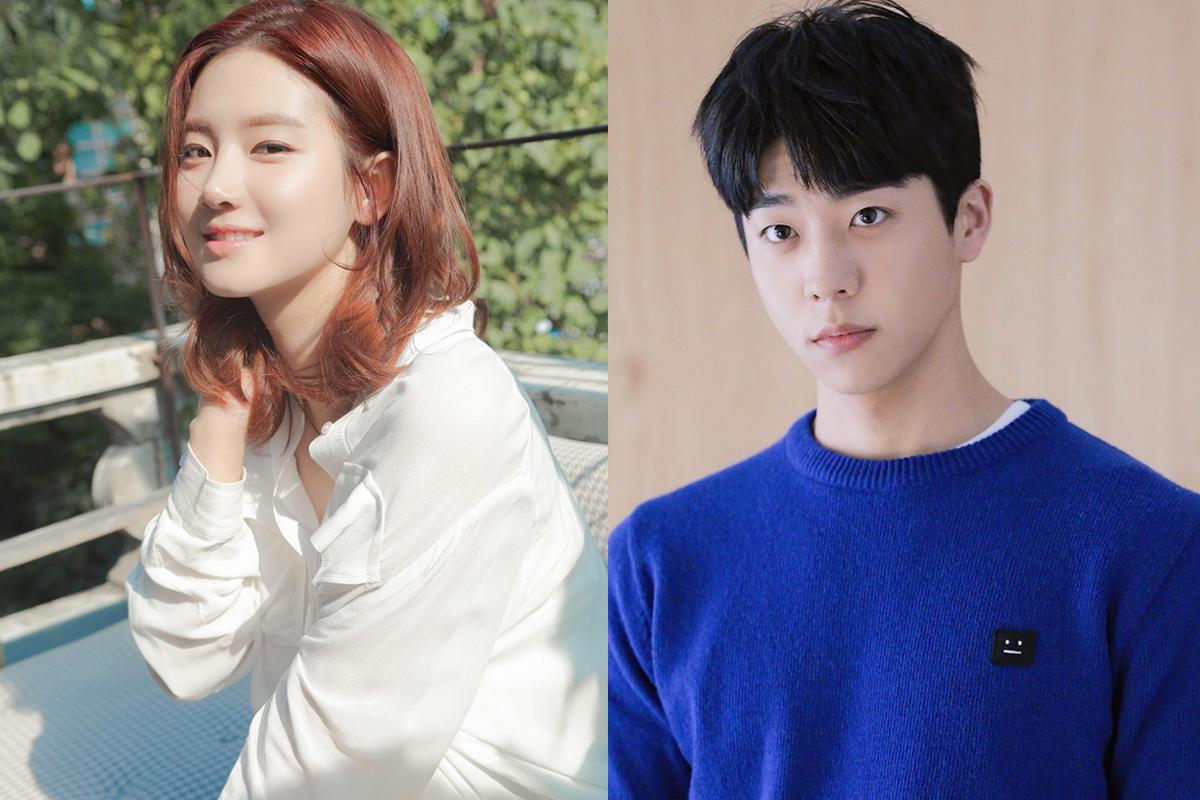 This drama is about a love story between badminton players, which is like a badminton shuttlecock being hit with incredible force at a maximum speed of 493 km/hr. It's the first time rising actor Chae Jong-hyeop is starring in a lead role. Are you looking forward to it? 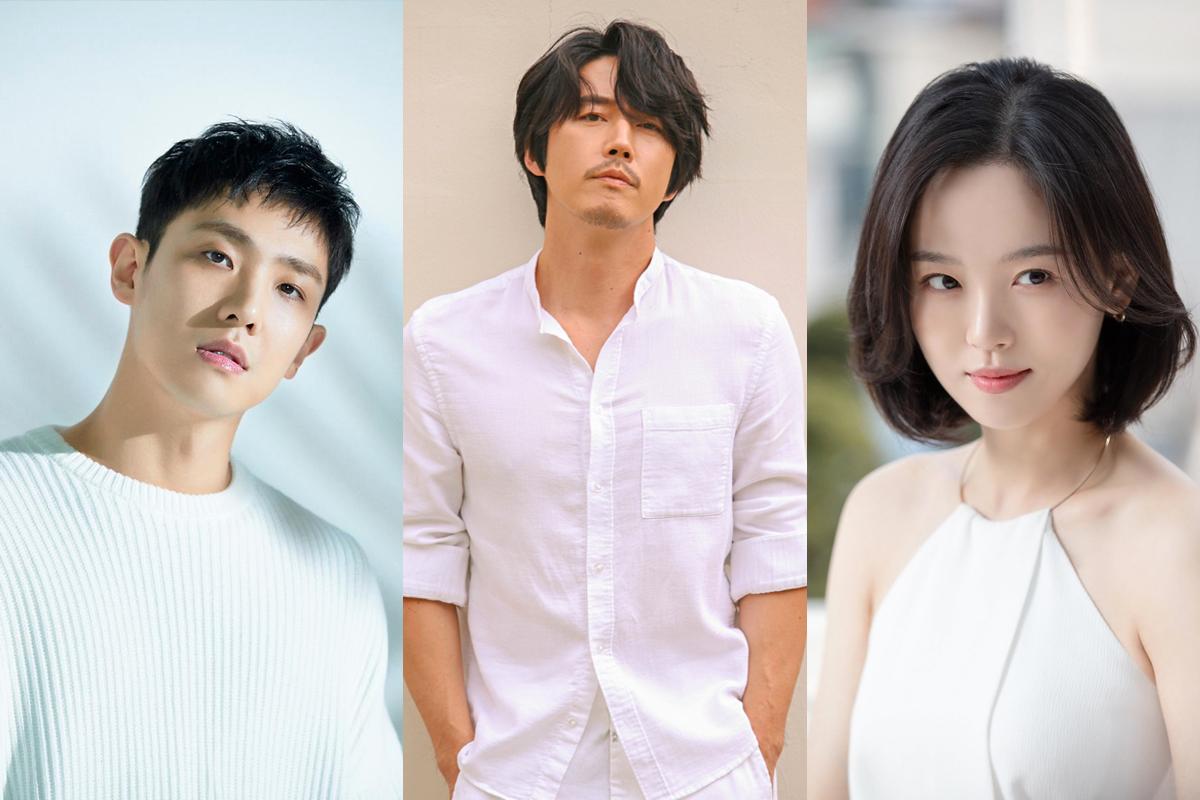 It is a fictional historical drama about a tense political confrontation between Lee Tae (Lee Joon), who wants to rule as an absolute monarch, and Park Gye-won (Jang Hyuk), who wants to make the king "the flower of the royal family", and Yoo Jung (Kang Han-na), who all try to seize power in the court. 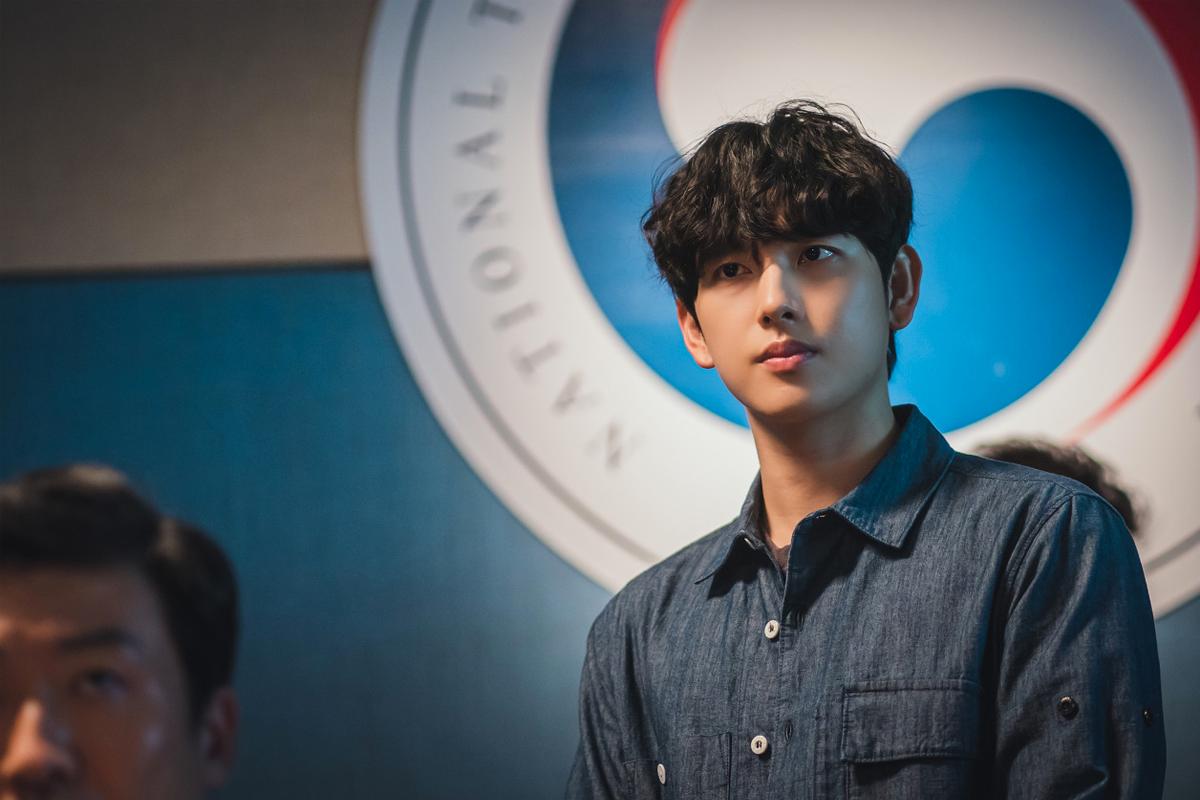 Tracer is MBC's first drama of 2022 about employees in Division 5 at the National Tax Service. Let's see what kind of truths are reflected in the drama! 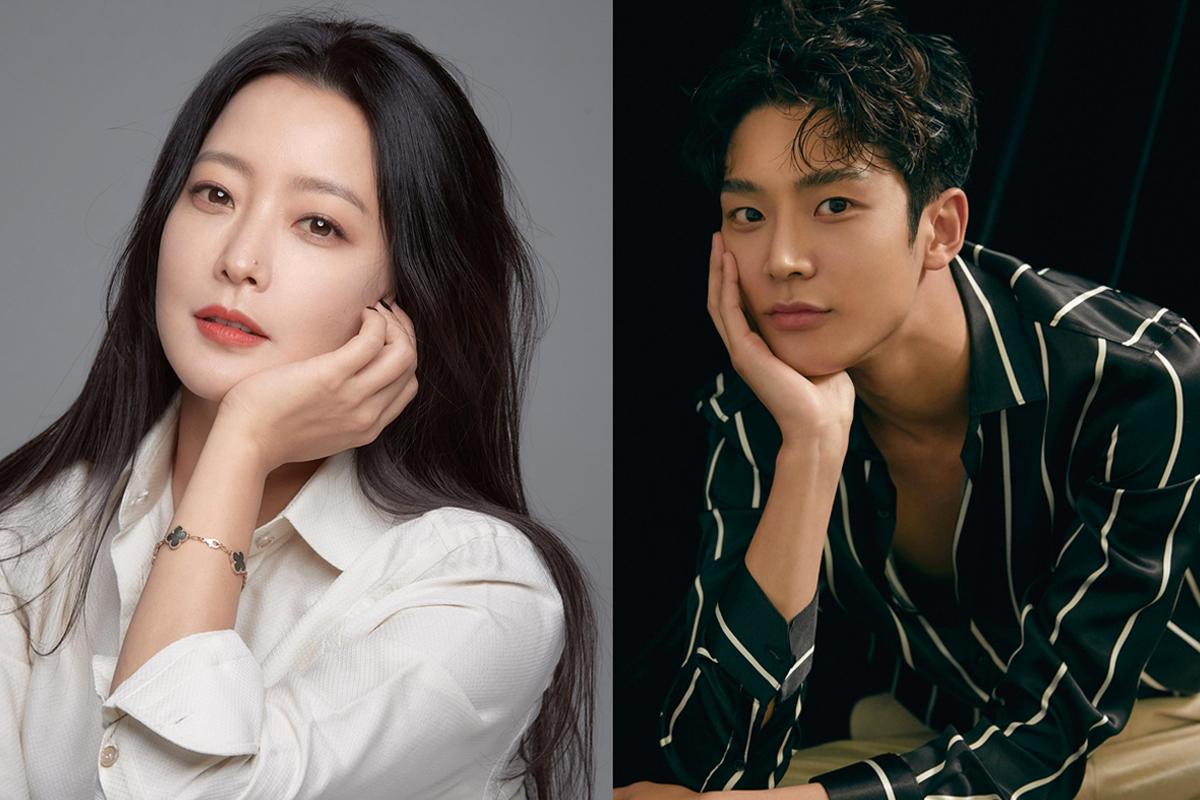 New drama Tomorrow, which is adapted from the webtoon of the same name, tells the story of an unexpected number of suicides, putting the balance of hell at risk. A special crisis team is set up on Earth to watch out for those who are at risk of committing suicide and make them want to live again. 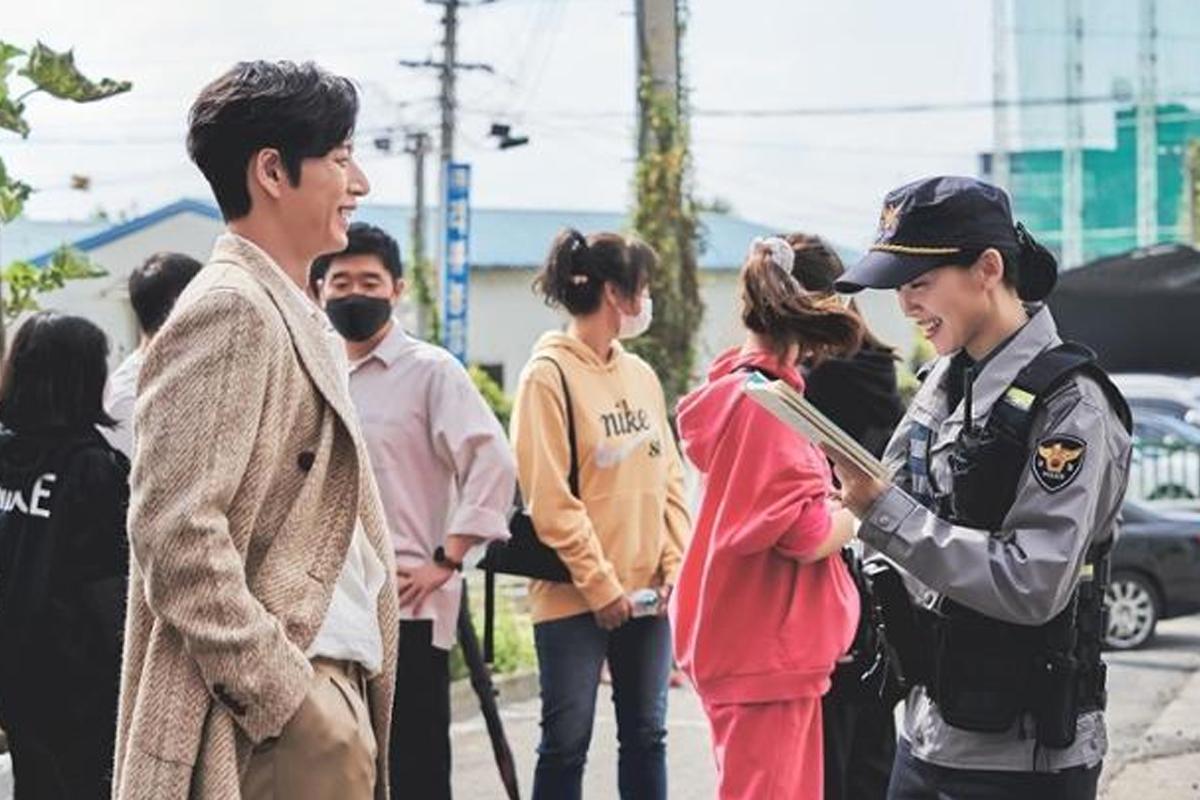 This is a fantasy romantic comedy drama written by the writer of Mystic Pop-up Bar. It's about a wizard who can communicate with ghosts and monsters who encounters a hot-blooded policewoman. What's going to happen? Will their personalities and abilities match well enough for them to be able to work together to solve strange cases? 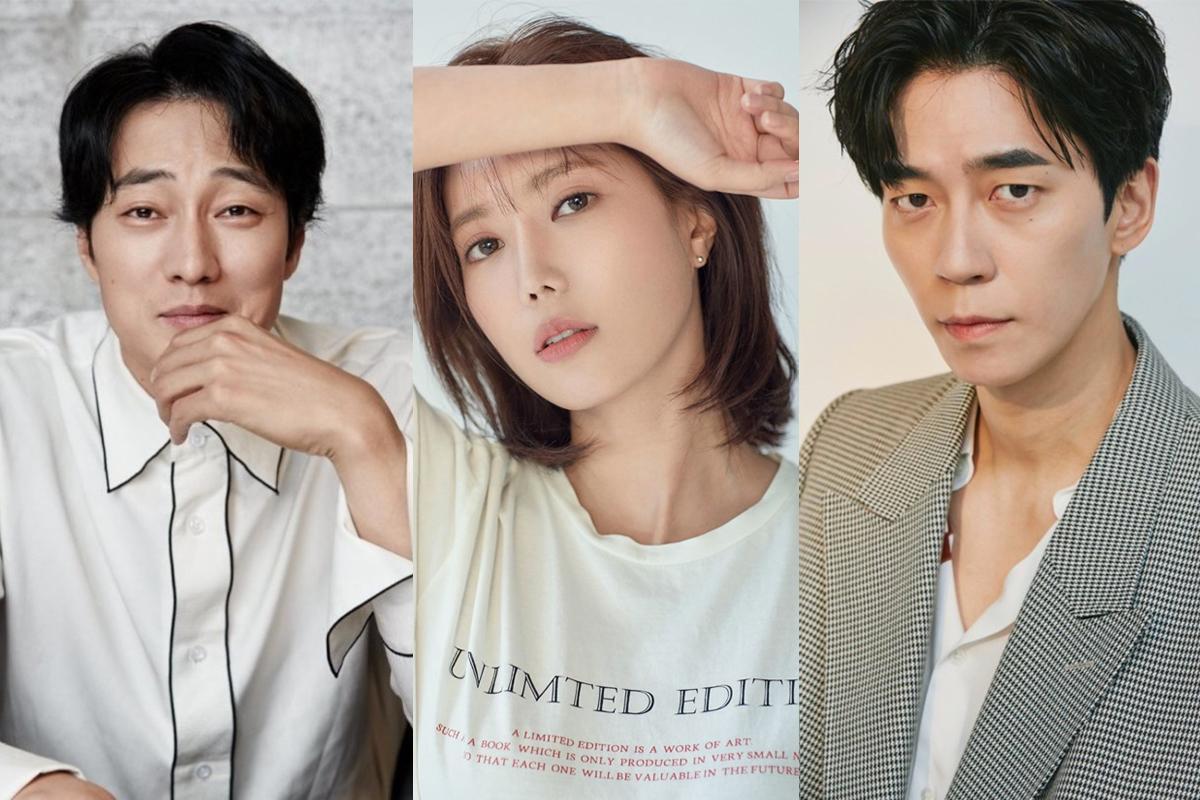 Dr. Lawyer is one of the most anticipated dramas of 2022 since it's So Ji-sub's return to the small screen in after years of absence. So Ji-sub plays a lawyer who specializes in medical litigation and punishing medical malpractice. 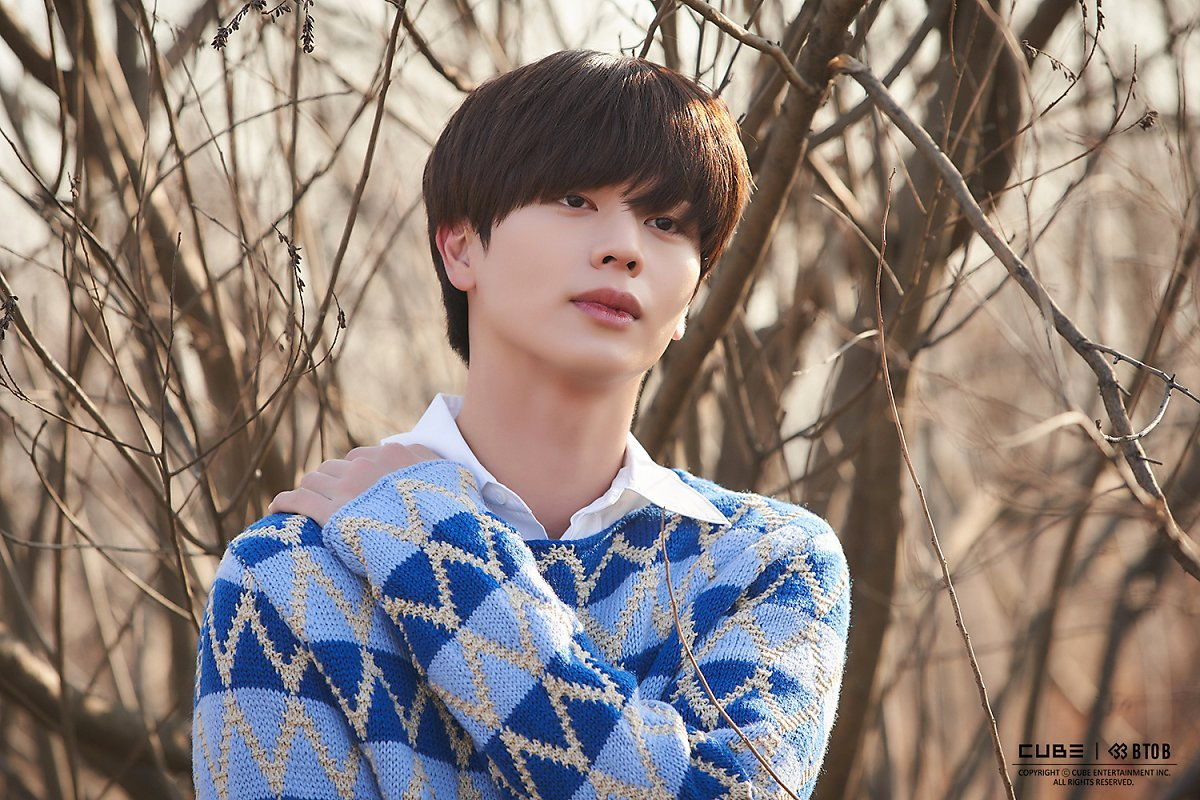 Yook Sung-jae stars in the lead role of this drama, which is adapted from the webtoon of the same name. The series is about a boy who uses a mysterious golden spoon to make a life-changing decision of switching his parents for a life of riches. 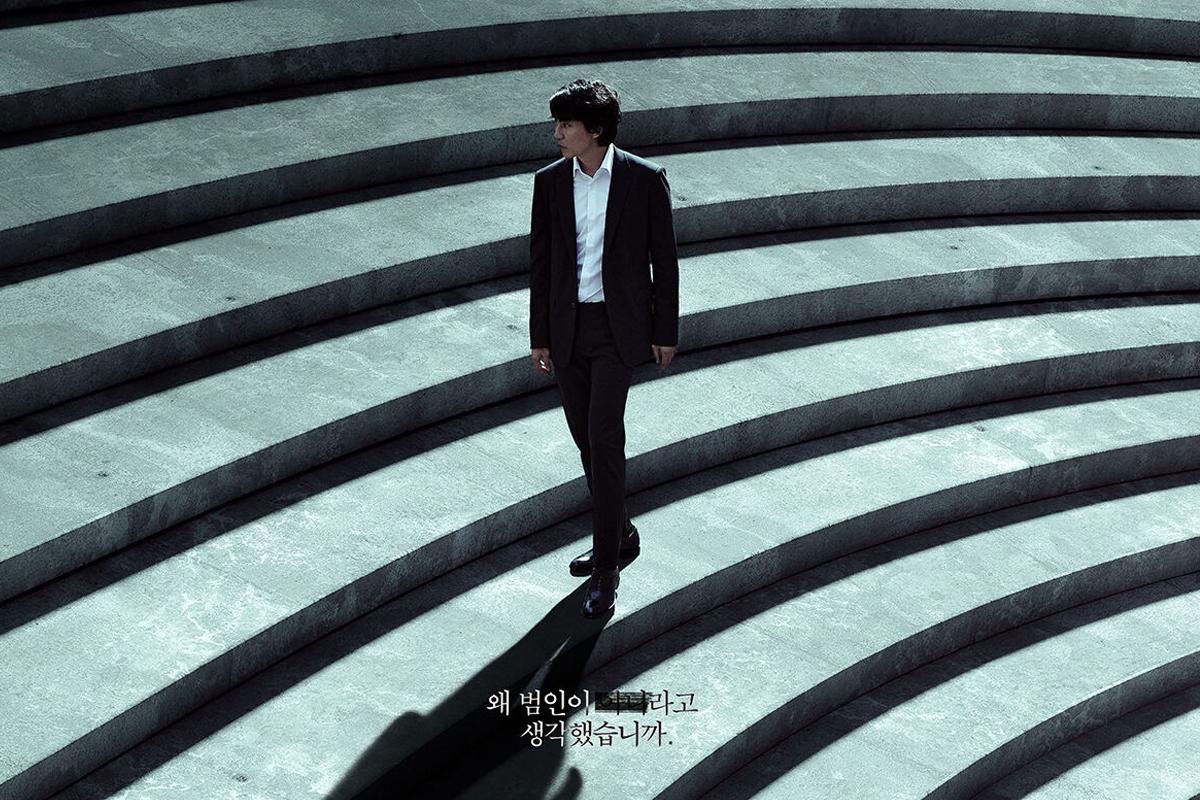 Through the Darkness is SBS's first Korean drama of 2022.  The drama is set in a dangerous era when the number of unprovoked murders in Korea is increasing rapidly. It is about a criminal profiler who works to understand the minds of serial killers to find clues to solve these cases.

It's a light romantic comedy with a handsome and beautiful cast.

What would you do if you went on a blind date in someone's place intending to make a bad impression and get rejected, but you found out the person you met on the blind date was the CEO of your company? 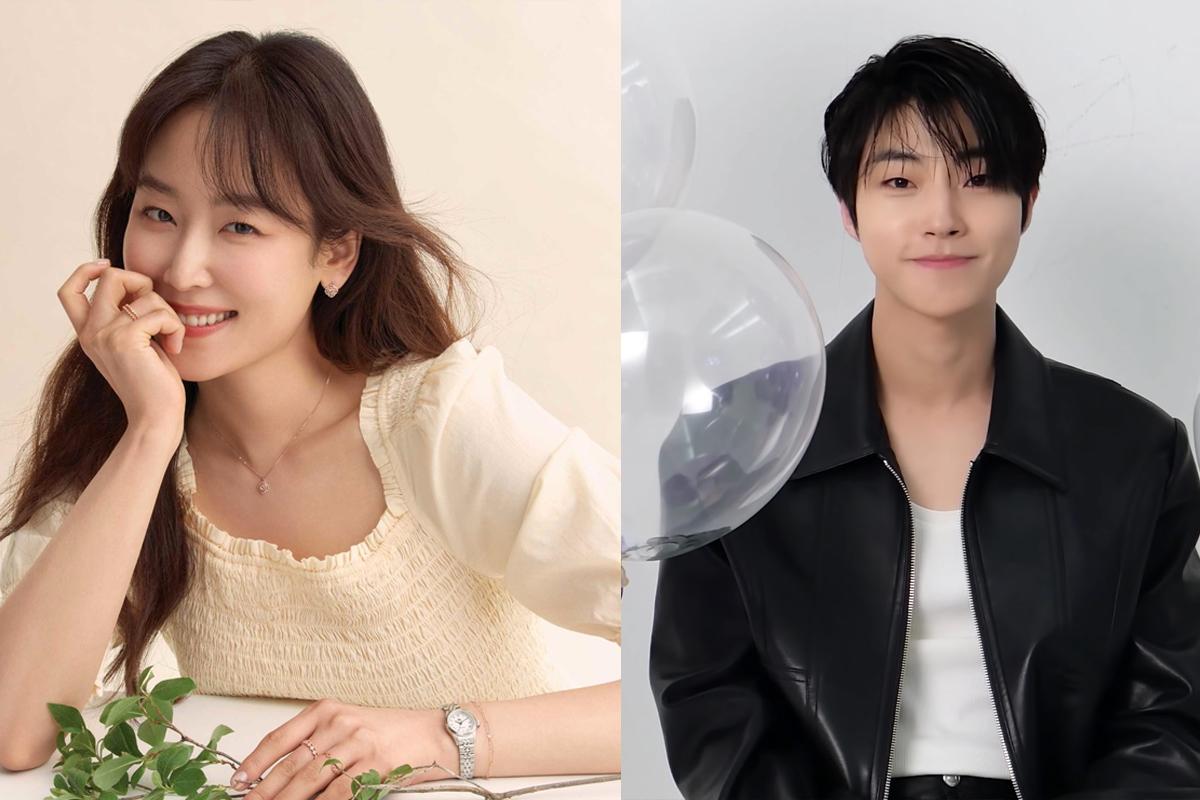 Why Is Oh Soo-jae? is a Korean drama that will be released soon by director Park Soo-jin. Seo Hyun-jin stars as the main character Oh Soo-jae and Hwang In-youp appears as Gong Chan, so viewers have high expectations. It is the story of coldhearted lawyer Oh Soo-jae and law student Gong Chan falling in love.

The Police Station Next to Fire Station (소방서 옆 경찰서) 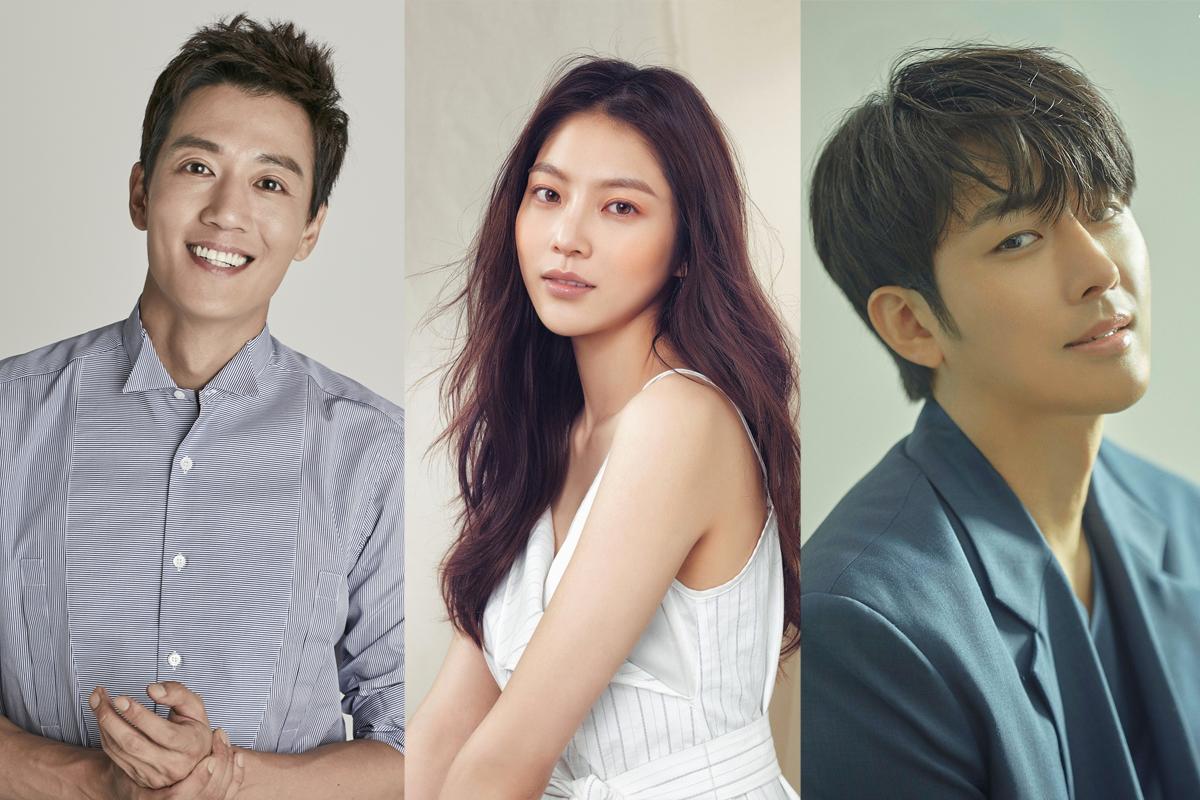 Like the title suggests, this is a drama about firefighters and police officers. The story will revolve around the work and cooperation between Kim Rae-won, who plays a detective who always works hard to catch criminals and the firefighters who try their best to rescue those in accidents. 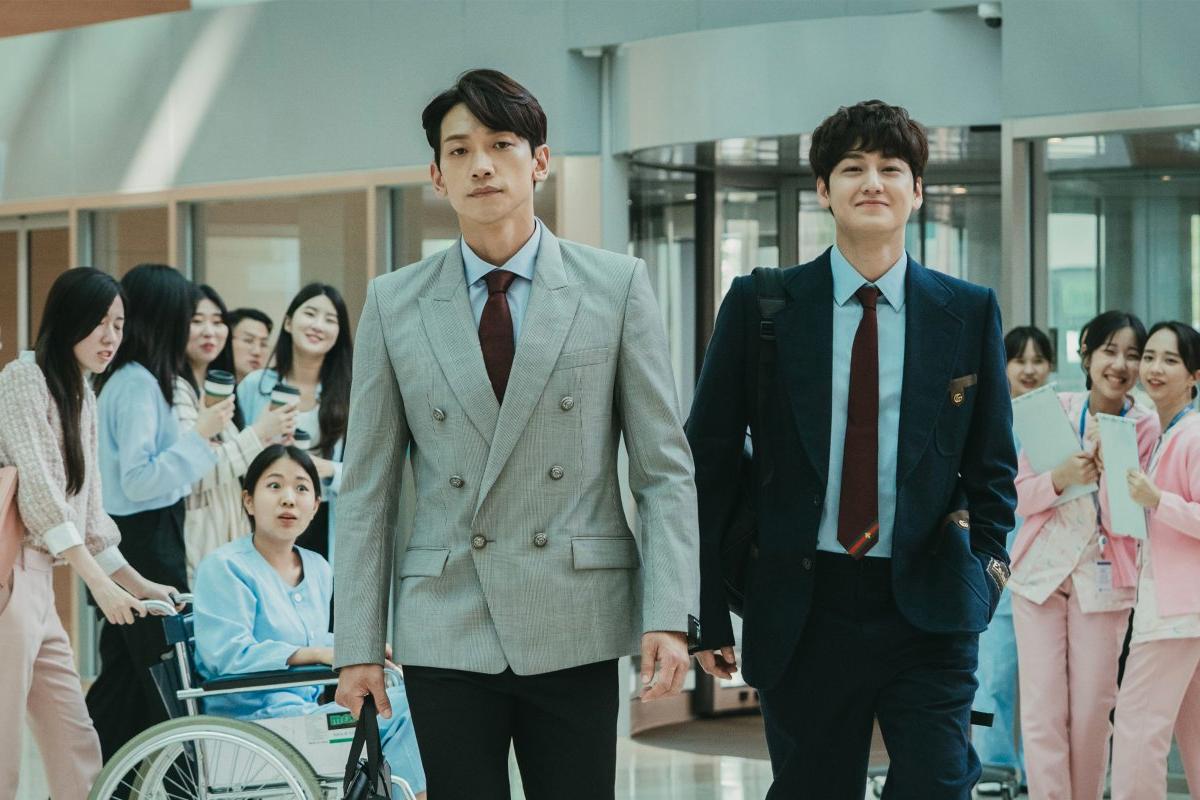 tvN's Ghost Doctor, which will be aired in 2022, tells the story of two doctors from completely different backgrounds, whose spirits accidentally become combined to become a new doctor. What medical treatments can they perform to save patients? 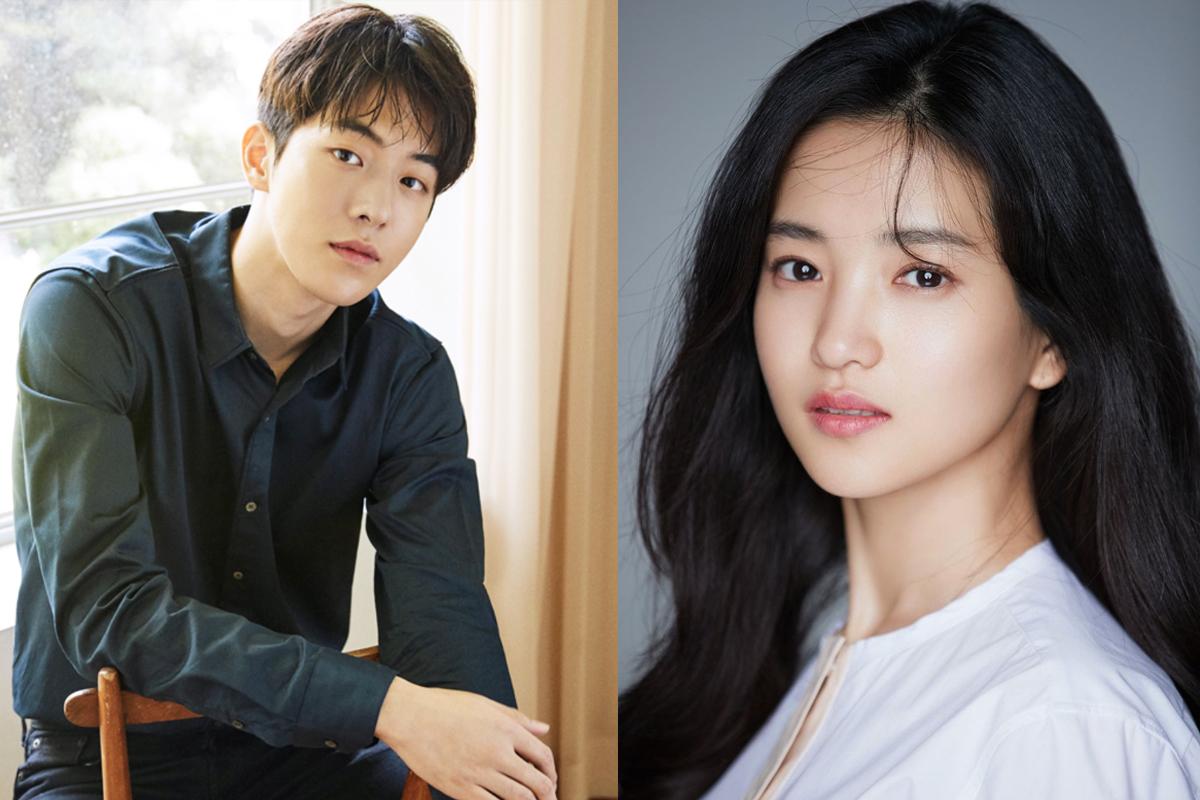 tvN's new drama Twenty-Five, Twenty-One starring Kim Tae-ri and Nam Joo-hyuk promises many great scenes showcasing their chemistry. It's a drama about the meeting between a sports reporter and a female track and field athlete. It took them both years to understand their feelings in their youth, so will the two come together later? 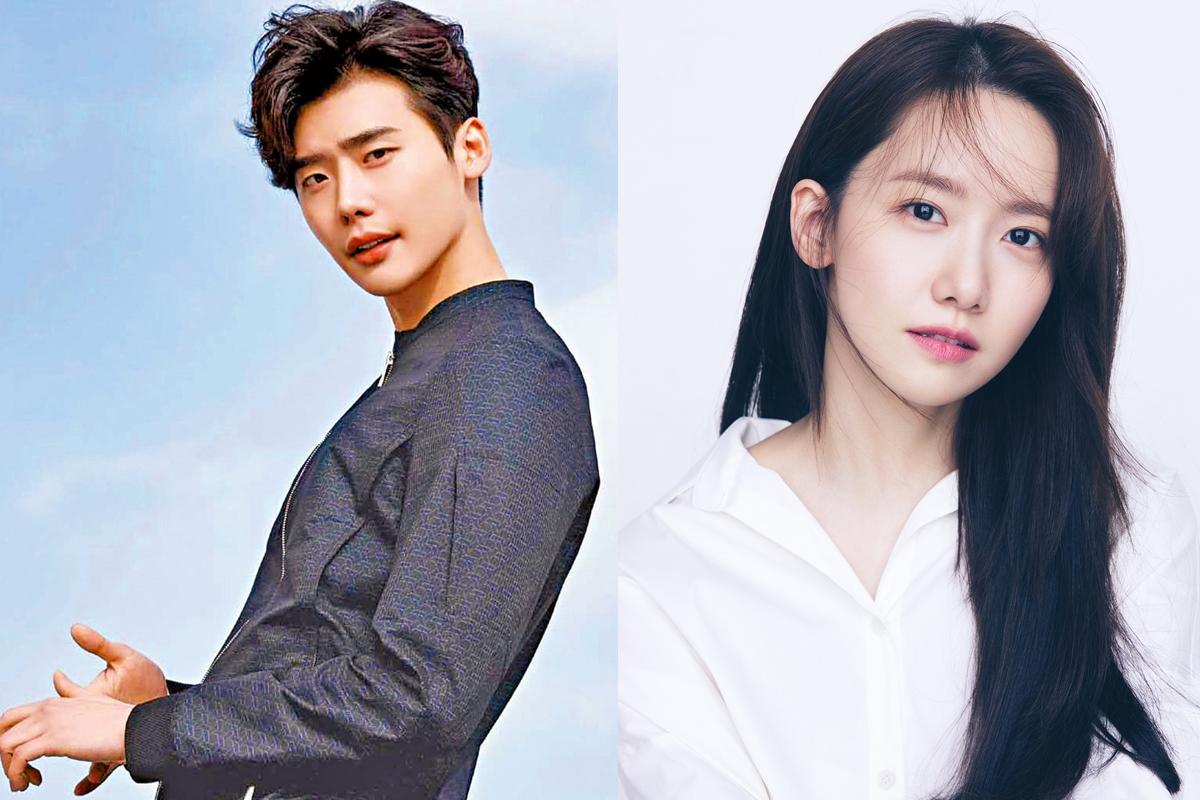 Based on the theme of "evil versus evil", this drama is about a third-rate lawyer with a winning rate of only 10 percent who is called "Big Mouth" for being all talk and no action. He accidentally gets caught up in a murder case and starts to dig deeper into the hidden truths of the privileged class.

Tale of the Nine-Tailed Season 2 (구미호뎐2) 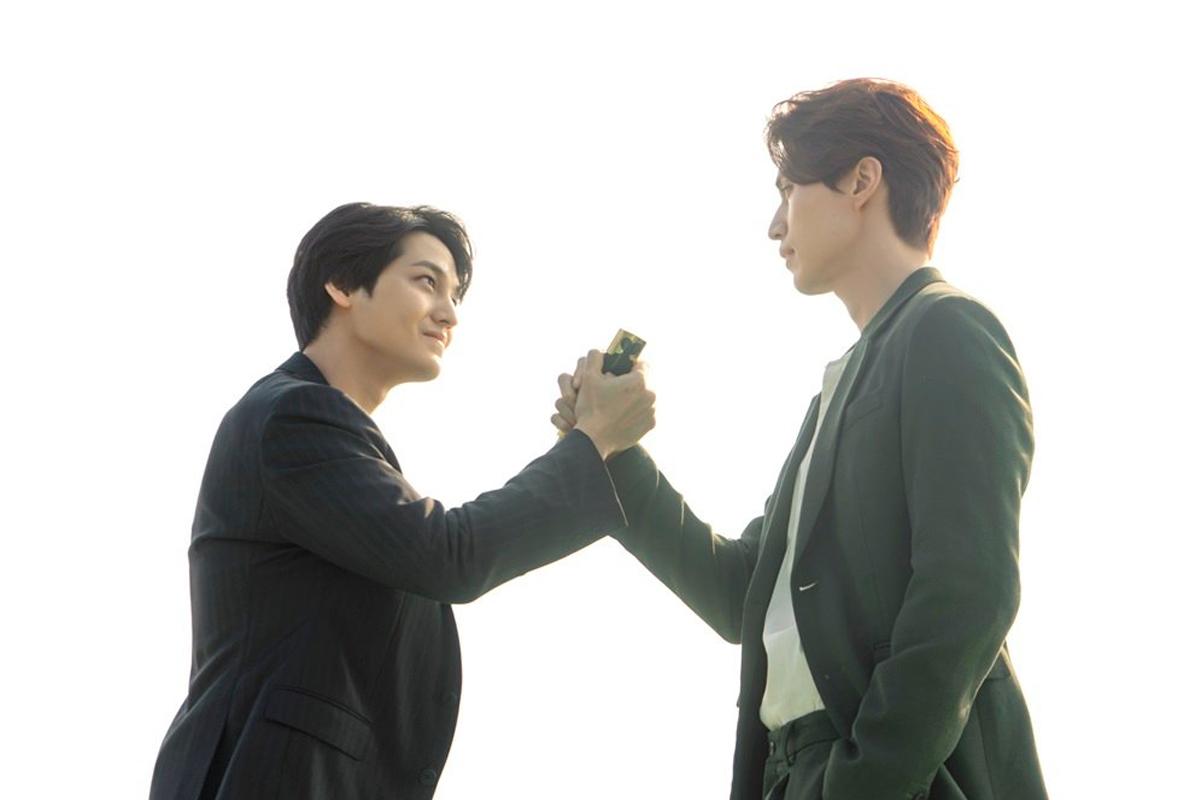 Lee Dong-wook and Kim Bum return in the second season, but Jo Bo-ah will not return.

The second season takes viewers to the past and tells the story of a nine-tailed fox during the Japanese colonial period. The third season will be officially confirmed in the first half of 2022. 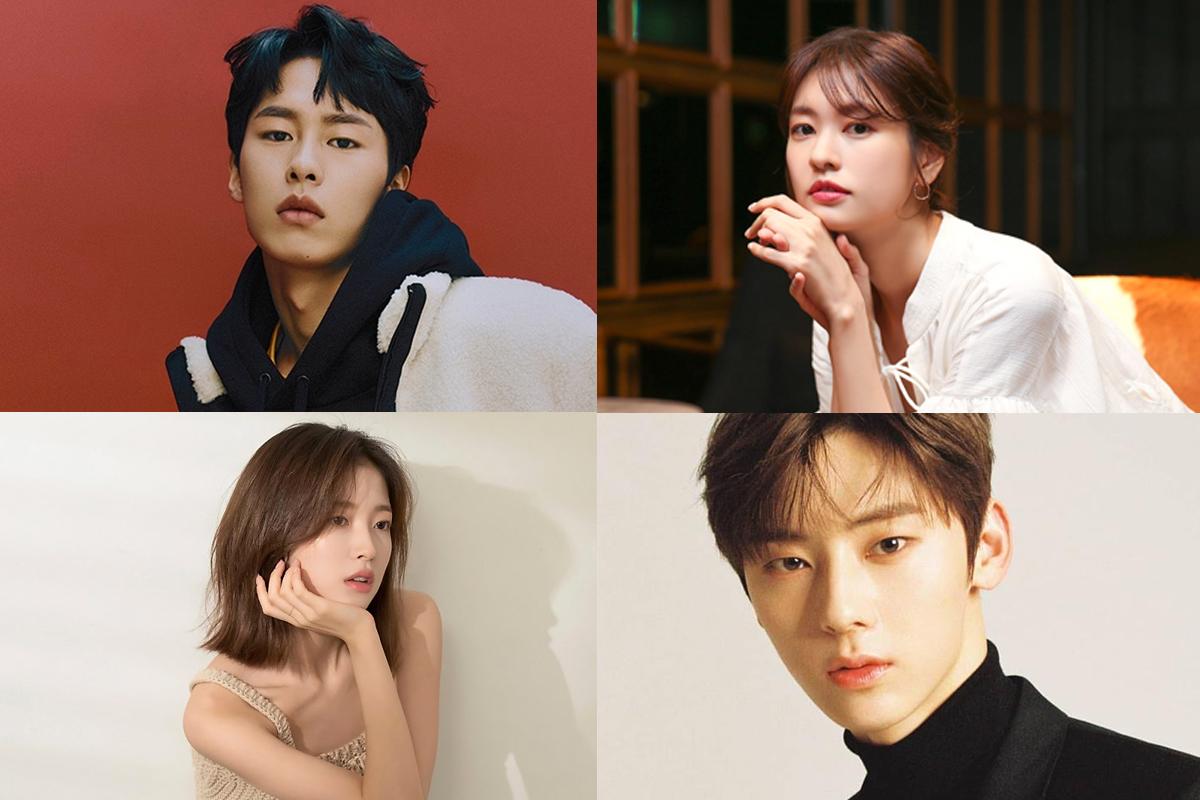 Due to the controversy over the role change, this drama has already caused a stir in Korea. The female lead is currently being played by Jung So-min, but some netizens are questioning if something went on behind the scenes as it was revealed that the former actress set to play the lead was not skilled enough and would be dropping out from the drama. 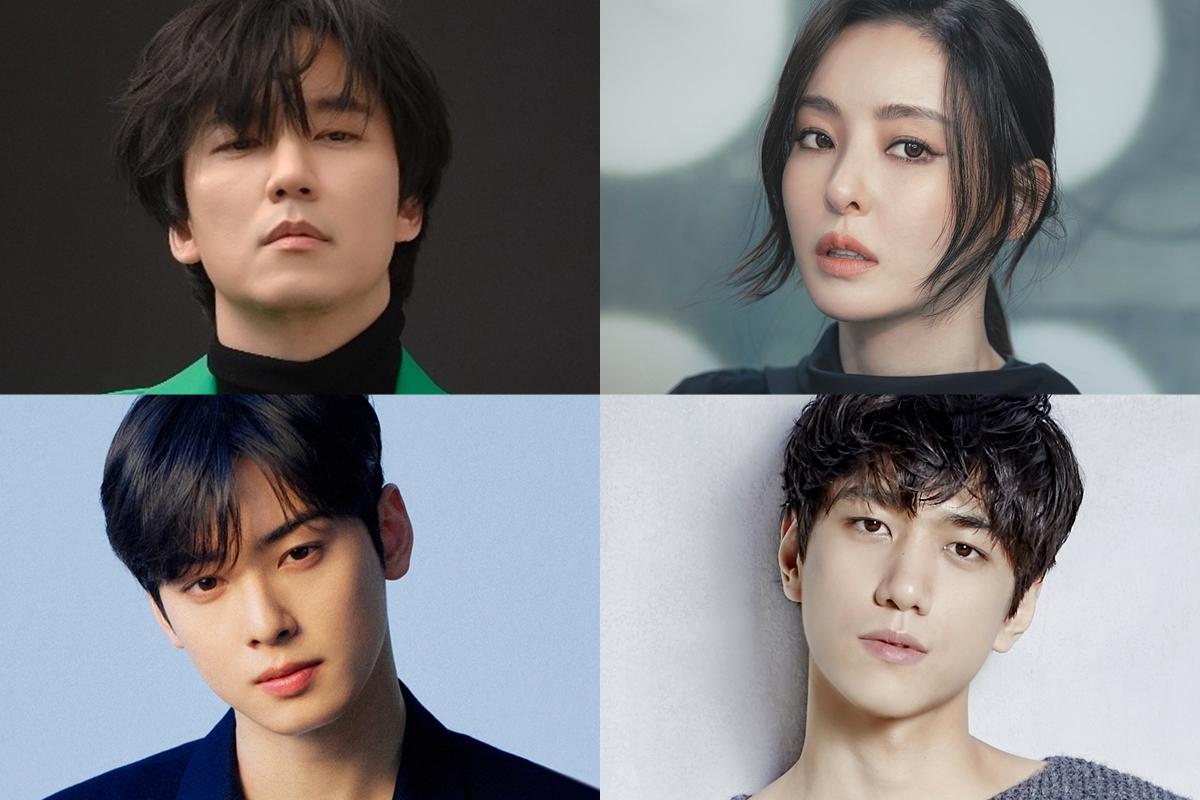 It is a fantasy drama that explores the secrets hidden in the beautiful island of Jeju off the southern coast of Korea. Little Women tells of three sisters fighting against a Korean chaebol family. It hasn't been revealed who the third heroine is yet, but everyone is anticipating the appearance of Wi Ha-joon, who did a great job in Squid Game. 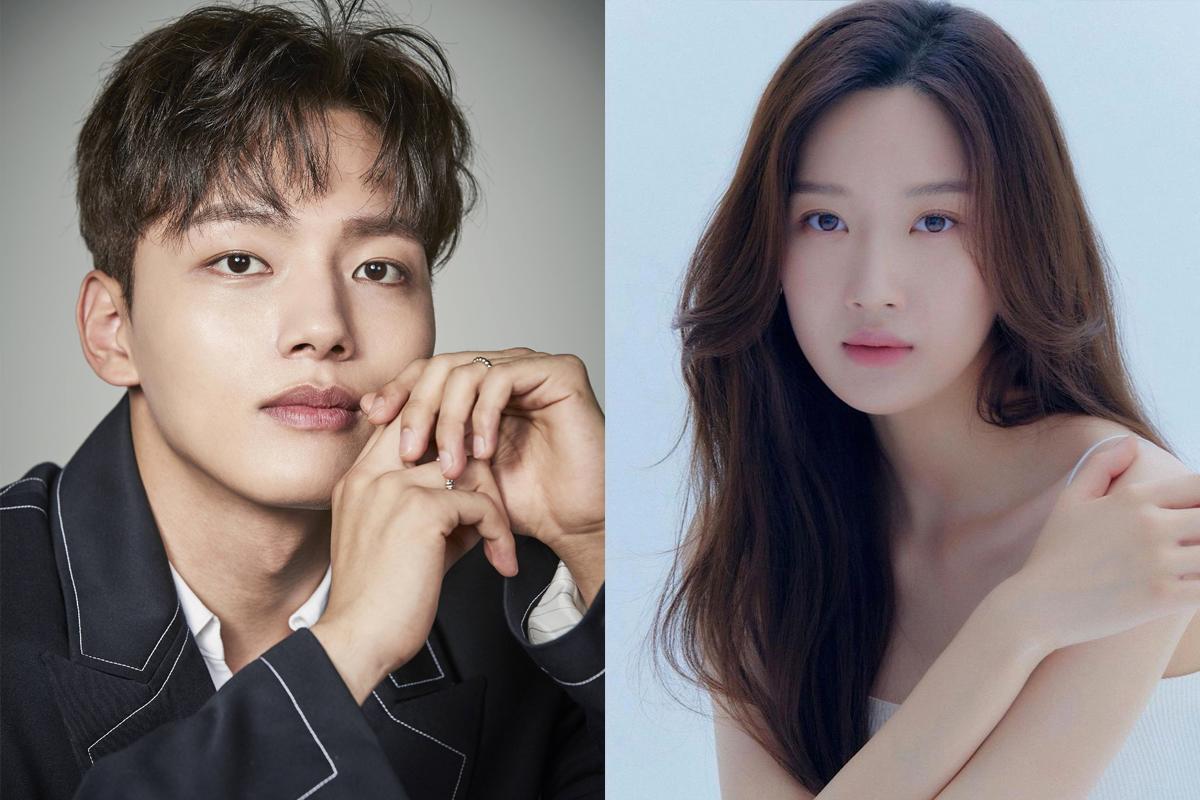 It is a story of a man who suddenly connects his feelings with a woman one day and feels all her joy, sadness, and pain. Let's look forward to the chemistry of talented actors Yeo Jin-goo and Moon Ga-young! 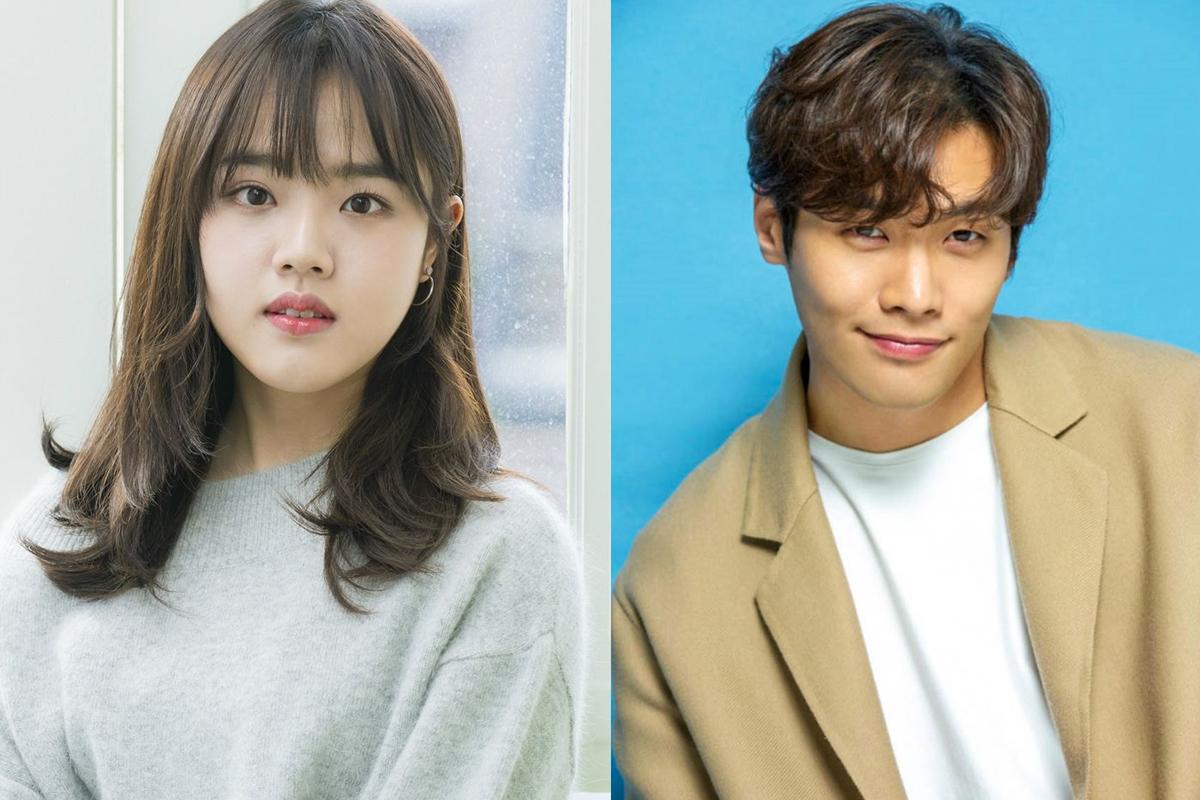 This drama was actually postponed in 2020 and was scheduled to air in May 2021, but kept getting postponed and will finally be released in 2022. It depicts employees at a hair salon pursuing their dreams. Don't you think it will be a healing drama? 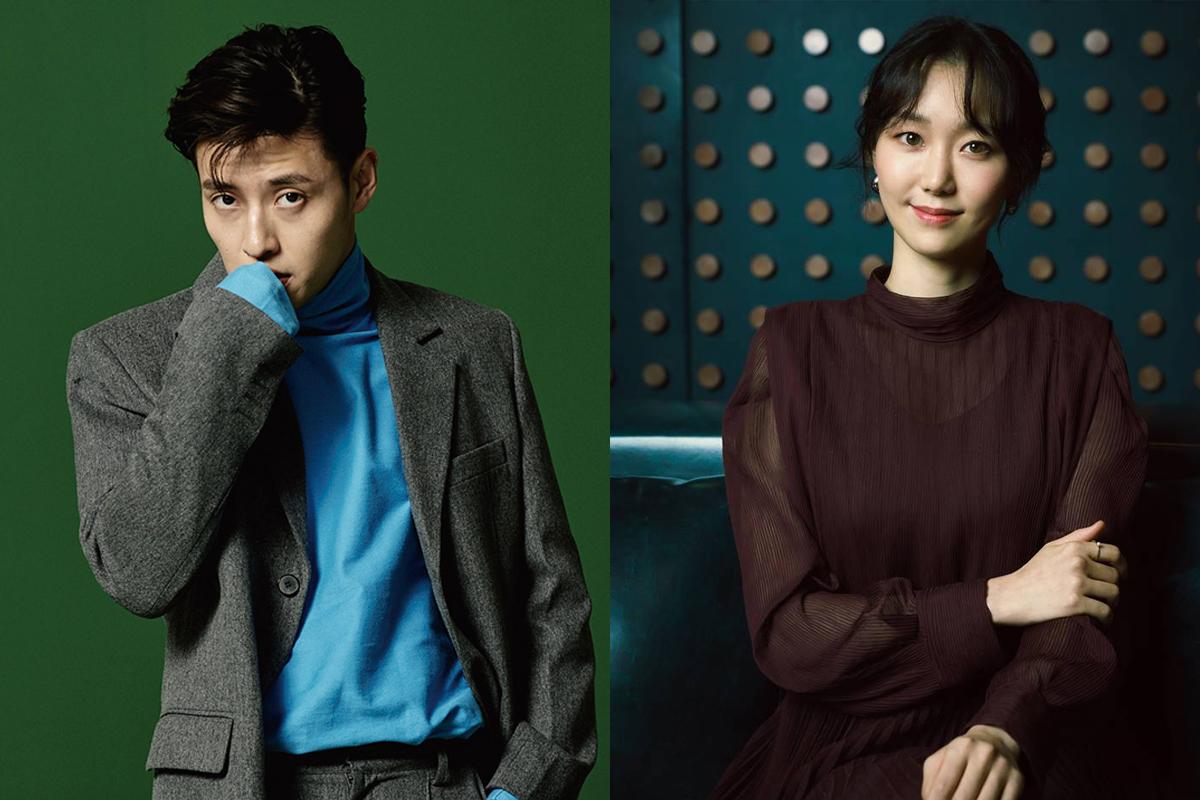 Kang Ha-neul, who always shows viewers a new image in each work, will finally make a comeback with Lee Yoo-young in Insider. It is a drama about a judicial trainee who has a everything planned out. However he falls into a trap and is in crisis and must use his wits to get himself out of the situation. 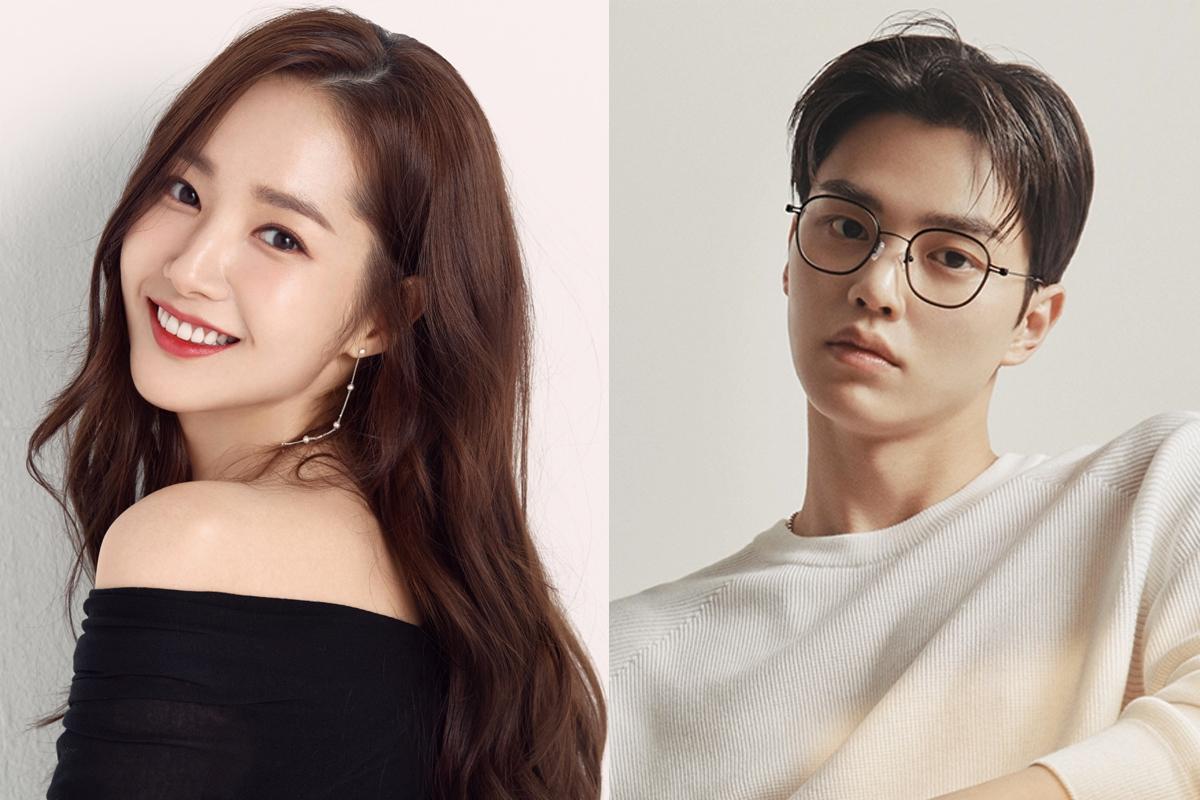 Weather forecasts can show heavy rain or a clear day at any time, but what about human emotions that fluctuate more than the weather? How will Park Min-young's sophisticated image change as she plays a worker managing office relationships in the Korea Meteorological Administration? How many more fans will the manly Song Kang gain through this drama? 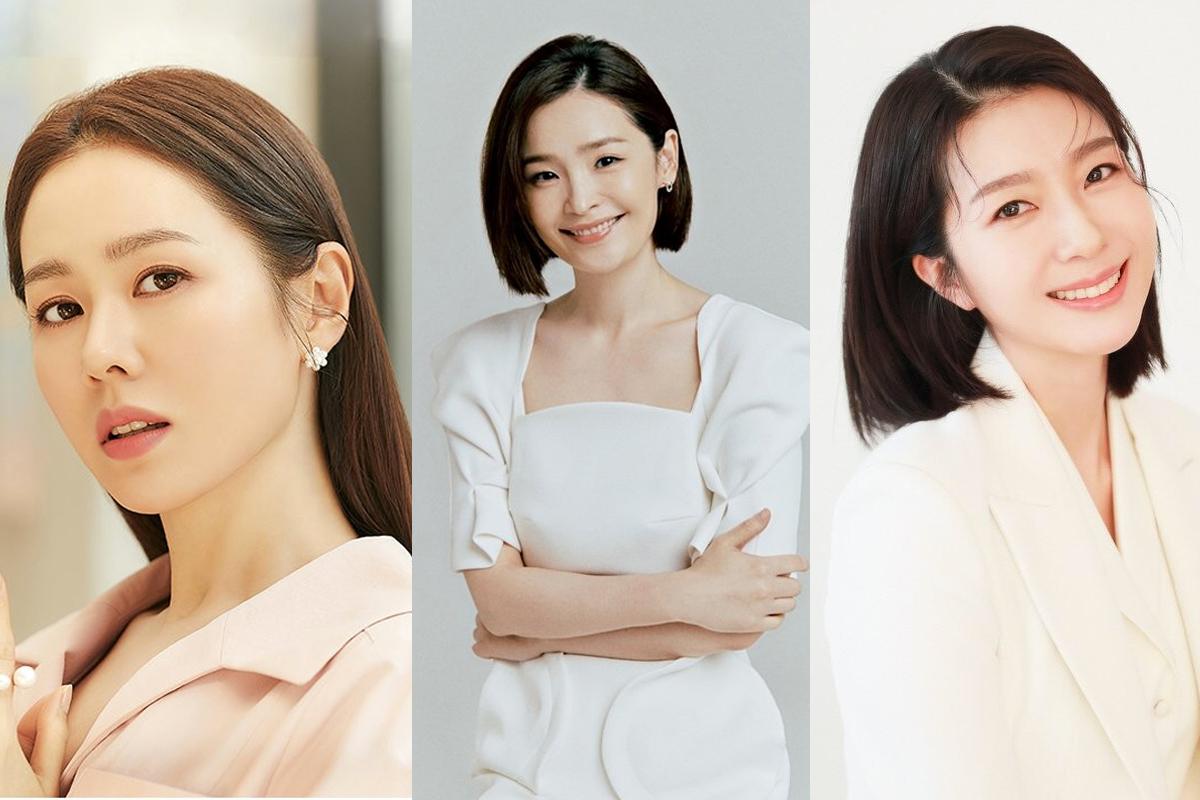 This is one of JTBC's most anticipated dramas of 2022. It is about three women who are all 39 years old and friends and tells of their lives and friendships. Similar to the Hospital Playlist series, it's a drama that warmly portrays ordinary, daily lives, so we think it's one to look forward to! 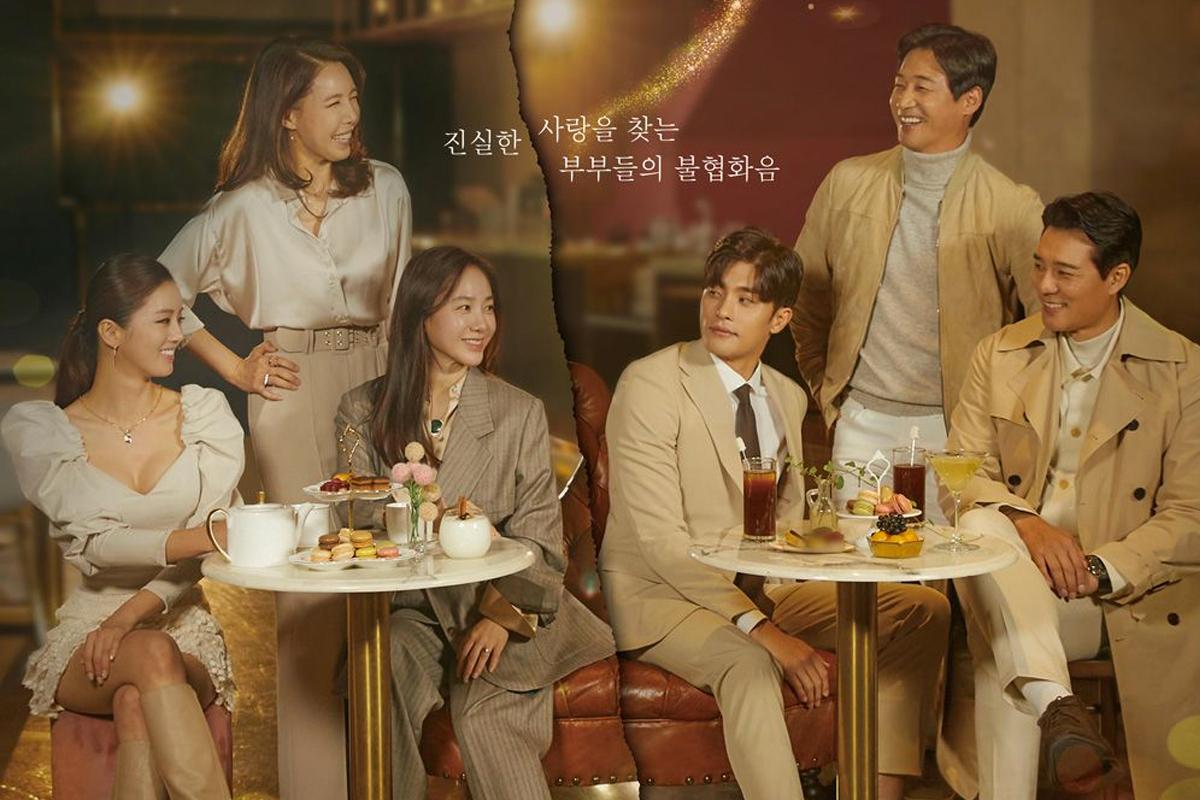 TV Chosun's Love (ft. Marriage and Divorce), which broke viewership rating records, confirmed Season 3 will be broadcast in 2022, but it is unfortunate that main actors Sung Hoon and Lee Tae-gon have dropped out this season. We are curious to see how the production team will use Kang Shin-hyo and Kwon Hyuk-jong, who are replacing them. 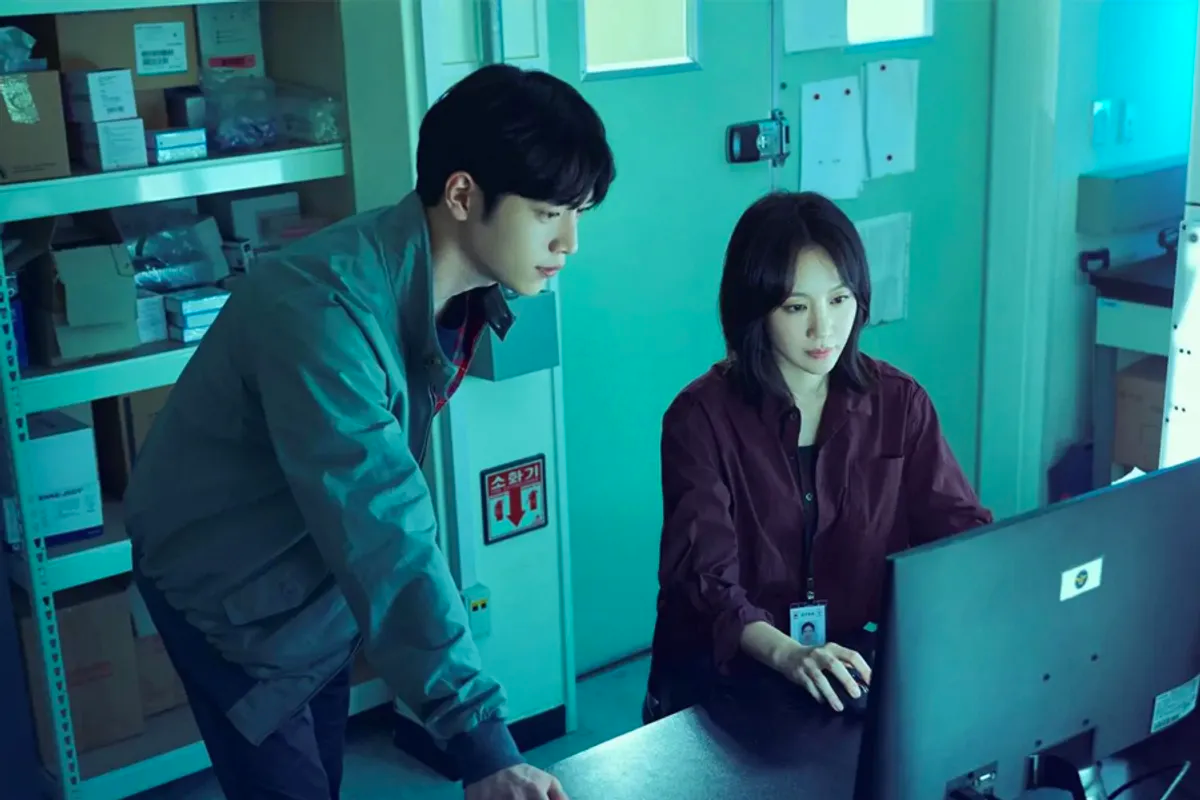 A ghost that protected all mankind disappeared in 1997 but has reappeared again 24 years later. If the ghost can see both the past and future, will it be able to uncover mysteries and reveal what fate mankind will face? We can't wait for this thrilling drama! 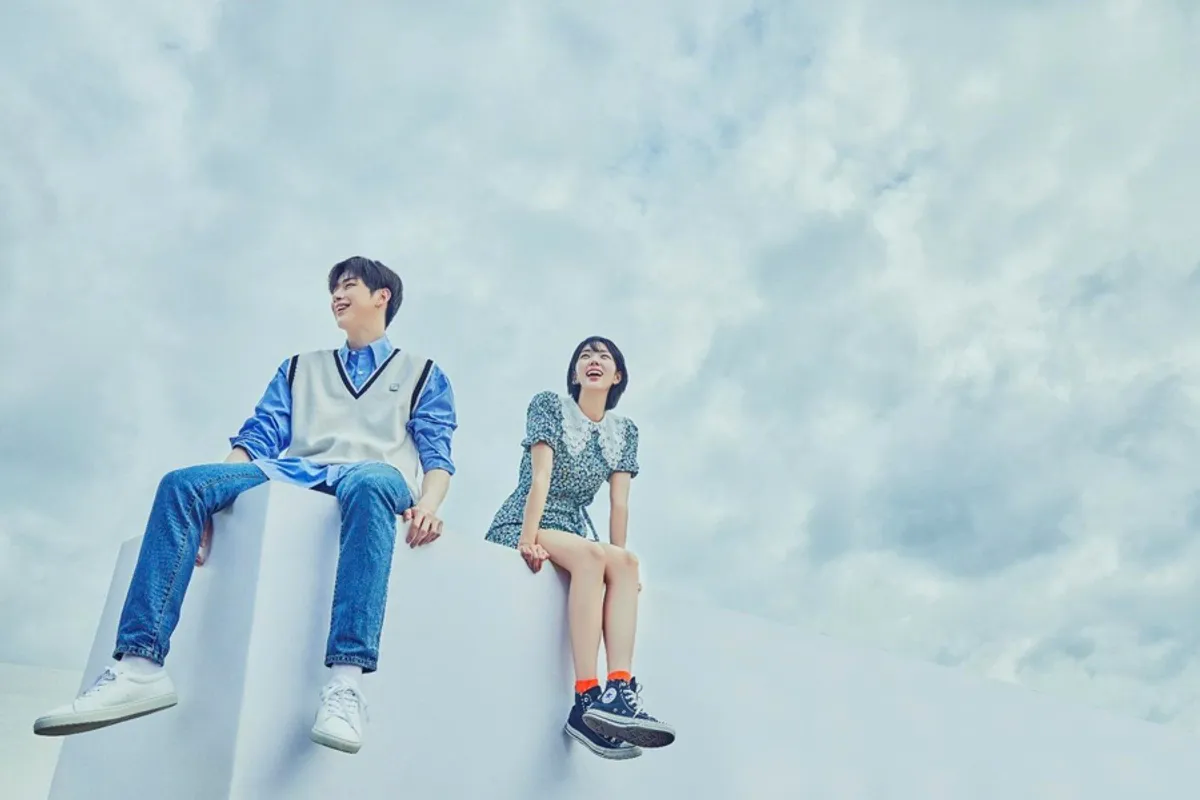 This drama tells of the challenges of youth and love against the backdrop of a police university. Kang Daniel, the "national center", is making his debut in a lead role and Chae Soo-bin appears with short hair to differentiate herself from her existing image.

All Of Us Are Dead (지금 우리 학교는) 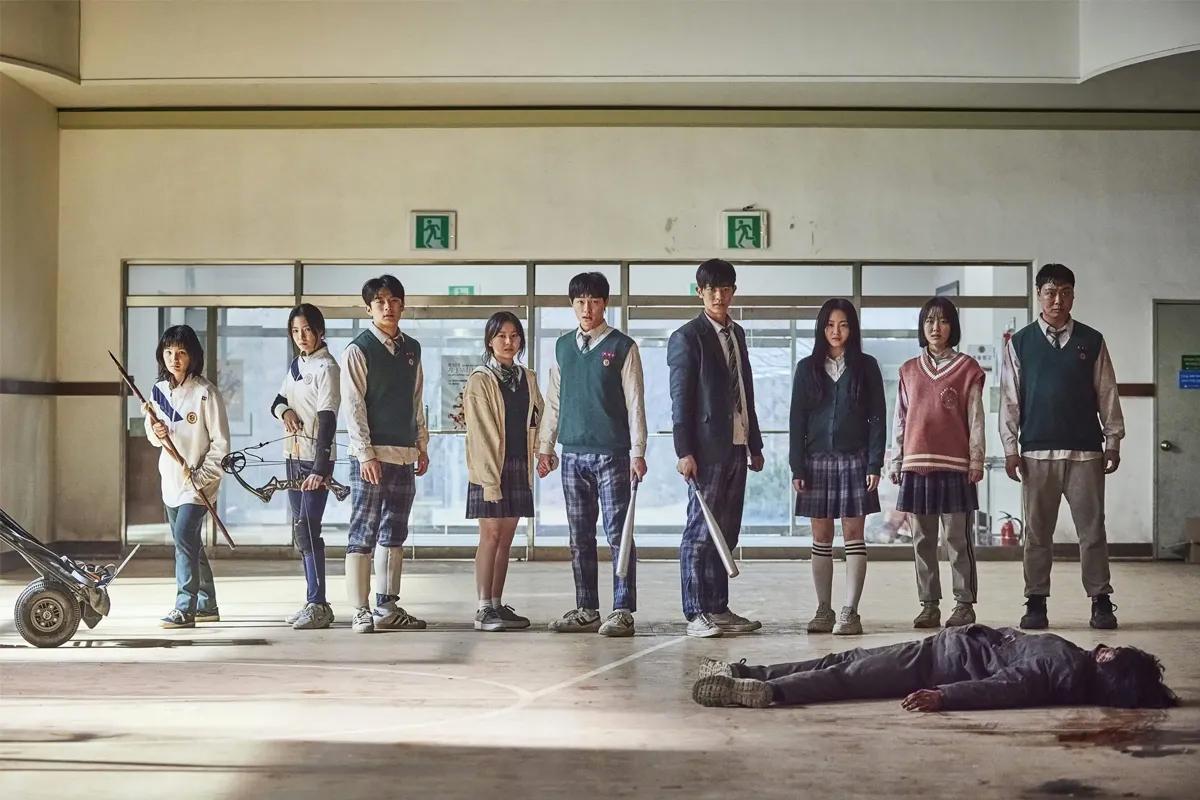 This Netflix Original series tells the story of students working together to escape from a high school where zombies are running rampant. How will their relationships determine their life or death in this school where it seems like there's no way out? 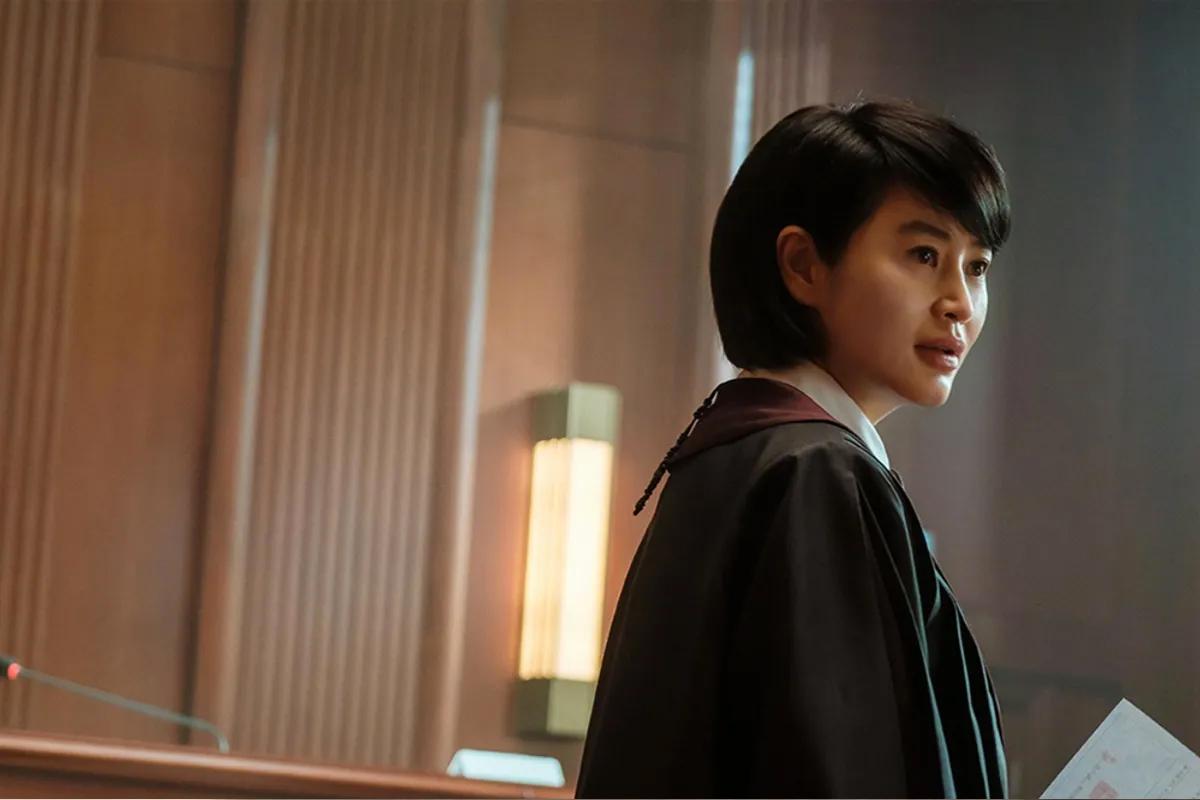 Kim Hye-soo, who showed an outstanding performance in the drama Signal, is back alongside Kim Moo-yeo, Lee Sung-min, and Lee Jung-eun. She plays a new elite judge in the juvenile department. 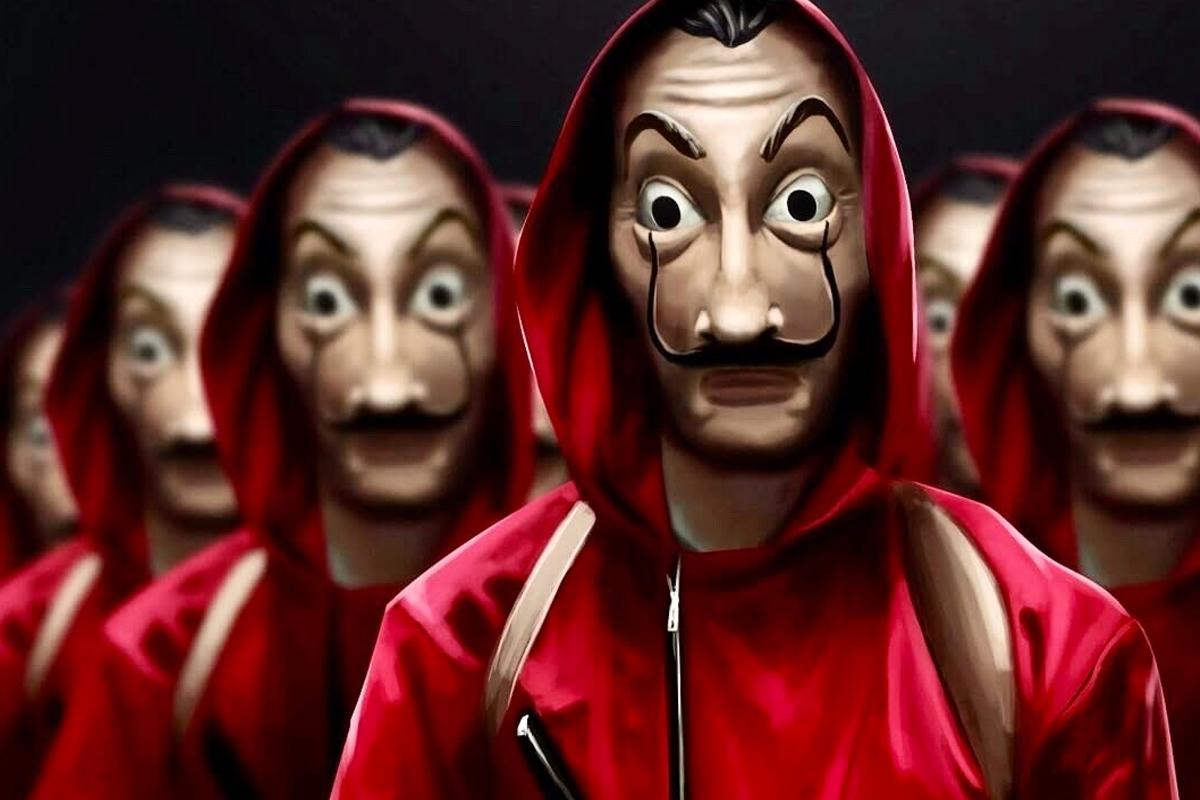 The last new drama confirmed to be released in 2022 is the Korean remake of Money Heist, which has gained fame worldwide. Do you think it will be the next big Netflix Korean drama following Squid Game and Hellbound? We're definitely looking forward to it!

These are the dramas set to air so far in 2022. Let us know which ones you are looking forward to the most!