Escape the busy cities and explore the Korean seaside to find the filming locations of Hometown Cha-Cha-Cha! 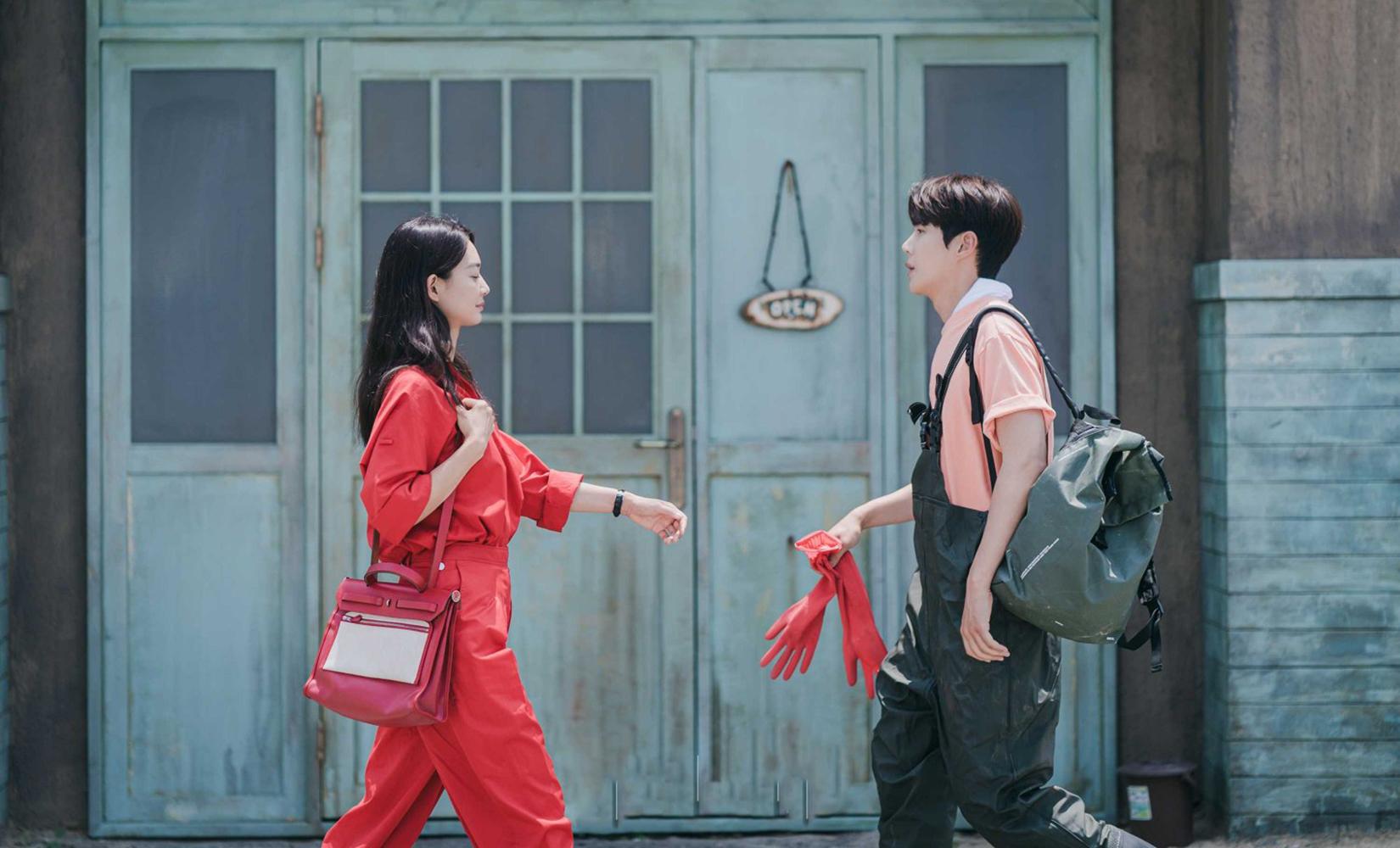 One of the most popular Korean dramas recently is Hometown Cha-Cha-Cha.

In this article, we will follow in its footsteps and explore the filming locations, all located on the beautiful eastern coast.

We found out that the seaside village of Gongjin was made up for the drama, and most of the filming actually took place in the city of Pohang!

In the drama Hometown Cha-cha-cha, the Live Café & Pub in Gongjin is run by Oh Cheon-jae and has a timeless vintage vibe. Only the exterior of the pub was used for filming and the interior is still a hardware parts factory. However, due to the popularity of the drama, fans flooded the shooting location and affected factory operations, so the Pohang government officials made a replica of the pub so both the fans could take pictures and the factory workers could work in peace.

The owner of Cheongho Hardware Store (청호철물) is a childhood friend of Chief Hong.

As can be seen in the drama, the building is quite rundown, but apparently it still stands. Hopefully they won't demolish it before you get the chance to visit Pohang.

Located next to Cheongho Hardware Store, Bora Supermarket gives us a glimpse of what grocery stores looked like in the past in Korea.

Unfortunately, it seems like they tore down the gorgeous exterior after filming the drama, leaving only the original structure.

Some of the most iconic and important scenes in Hometown Cha-Cha-Cha feature the Gongjin Market.

These scenes were actually filmed at Cheongha Market in Pohang. If you have the opportunity to visit the city, you should definitely go to the market and absorb some of the atmosphere of the drama!

We hear that many shops in and around the market have changed their name to include a reference to Hometown Cha-Cha-Cha!

Hye-jin's dental clinic is also located in Pohang, although it is about half an hour away from the market by bus.

At the point of this writing, the dental clinic exterior used in the drama is still intact, but it might very well be demolished in the near future. Hopefully you will get the chance to take a look at it before that!

Ship On The Hill

Do you remember the small ship parked on the top of a hill?

How they got it there is a mystery to us.

This place is located in Sabang Memorial Park, quite close to the dental clinic. It's a bit of a climb, and it takes about 20 minutes on foot. The boat should still be there, so it's definitely one of the places you should check out if you go to Pohang.

The beach where Hye-jin and Du-sik (Chief Hong) meet for the first time is no other than Wolpo Beach in Pohang.

Located between the market and the dental clinic, it only takes about 15 minutes by bus to get to this beautiful beach.

The panoramic view of the coastline that you get from the top of Mt. Gonryun is nothing short of breathtaking.

After seeing the beautiful shots in the drama, the number of people who make their way to the top has increased, and we can see why. This one is definitely on our bucket list!

Do you remember this scene? In episode 5, Hye-jin and Chief Hong had lunch together at a seafood restaurant.

This is an actual restaurant located near downtown Pohang called Bada Punggyeong (바다풍경).

Surely it wasn't just us who started salivating after seeing the delicious dishes being put in front of the leads?

We now move to the southern parts of Pohang.

Next on our list is the village activity center, where locals in the drama gather to participate in various activities. In addition to being an actual village hall, it also works as an earthquake evacuation site.

Yoon Hye-jin's house in the drama is located close to both Chief Hong's and Grandma Gam-ri's houses.

The red brick buildings are quite conspicuous. Try not to be to loud since people actually live here.

Just a street downhill from Hye-jin's house we find the residence of Chief Hong.

Chief Hong's house directly faces the coastline, quite in line with his interest in surfing. Seashells mixed in with the cement and stones, the walls have the characteristics of a coastal village house.

Grandma Gam-ri's house is just a minute's walk from Chief Hong's residence. It also faces the sea, and enjoying the view from the window could put anyone at ease.

It's no wonder that Chief Hong often comes here to help Grandma Gam-ri.

Our last destination is the red lighthouse, which is a popular tourist spot in Pohang.

It is located near the main characters' houses, and it is also where Chief Hong meets the variety show producer Seong-hyun.

In this article we have listed the filming locations of Hometown Cha-Cha-Cha.

Are you enjoying the drama as much as we are? We hope that you get the chance to go to Pohang and relive some of the scenes!