What Happens The Day Of Korea's College Entrance Exam?

All About The Suneung Test And The Special Things That Happen On This Day For Students! 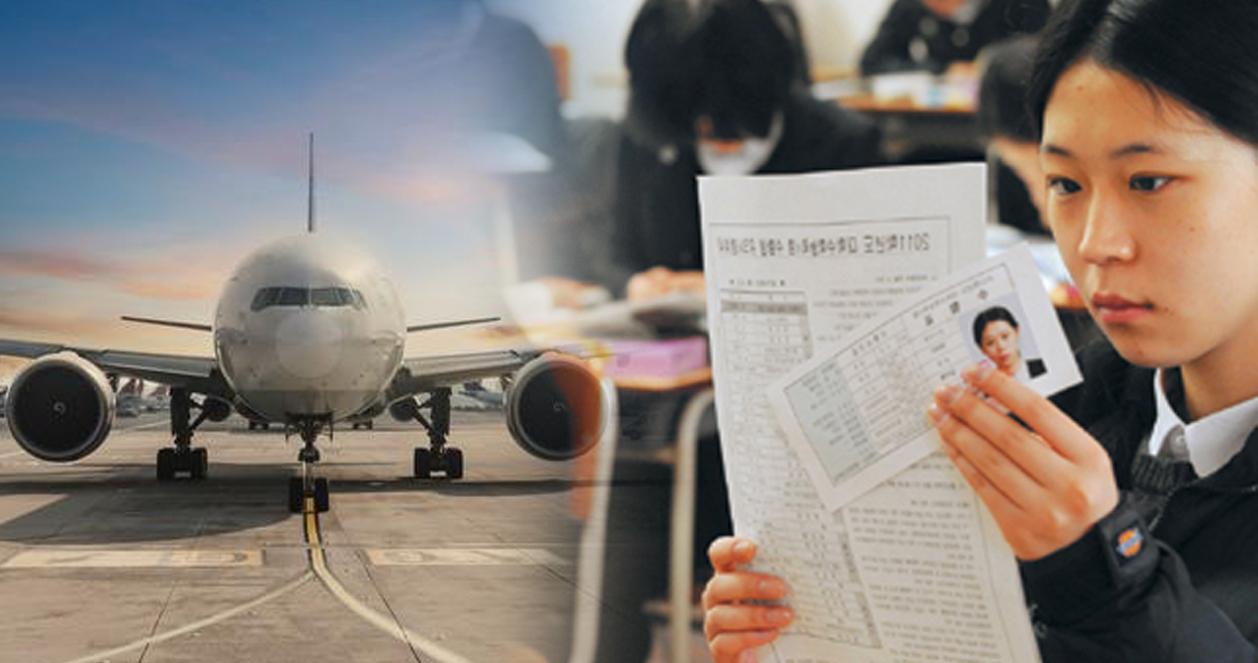 On this day, you'll hear breathtaking silence all over Korea. Let's find out why and how!

What Is The Suneung? 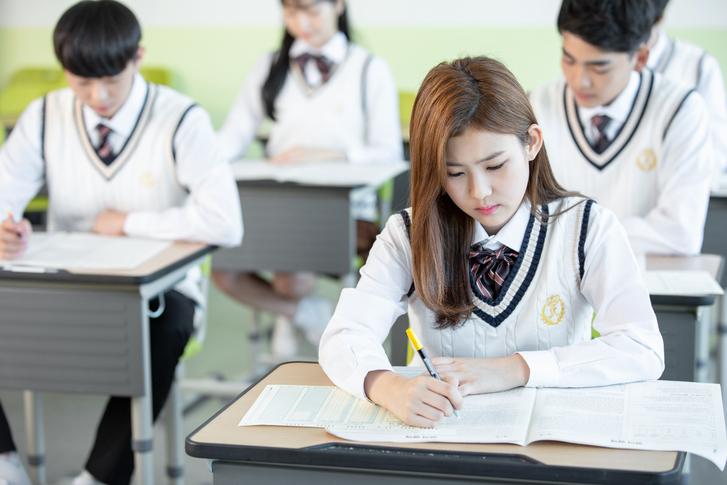 The Korean College Scholastic Ability Test, or Suneung, is the most important milestone in students' 12 years of study. This test determines the fate of the students and determines whether the student can go to college.

The eight-hour Suneung test consists of five subjects and is held from 8:40 a.m. to 5:45 p.m. Sunheung is likened to the U.S. SAT. 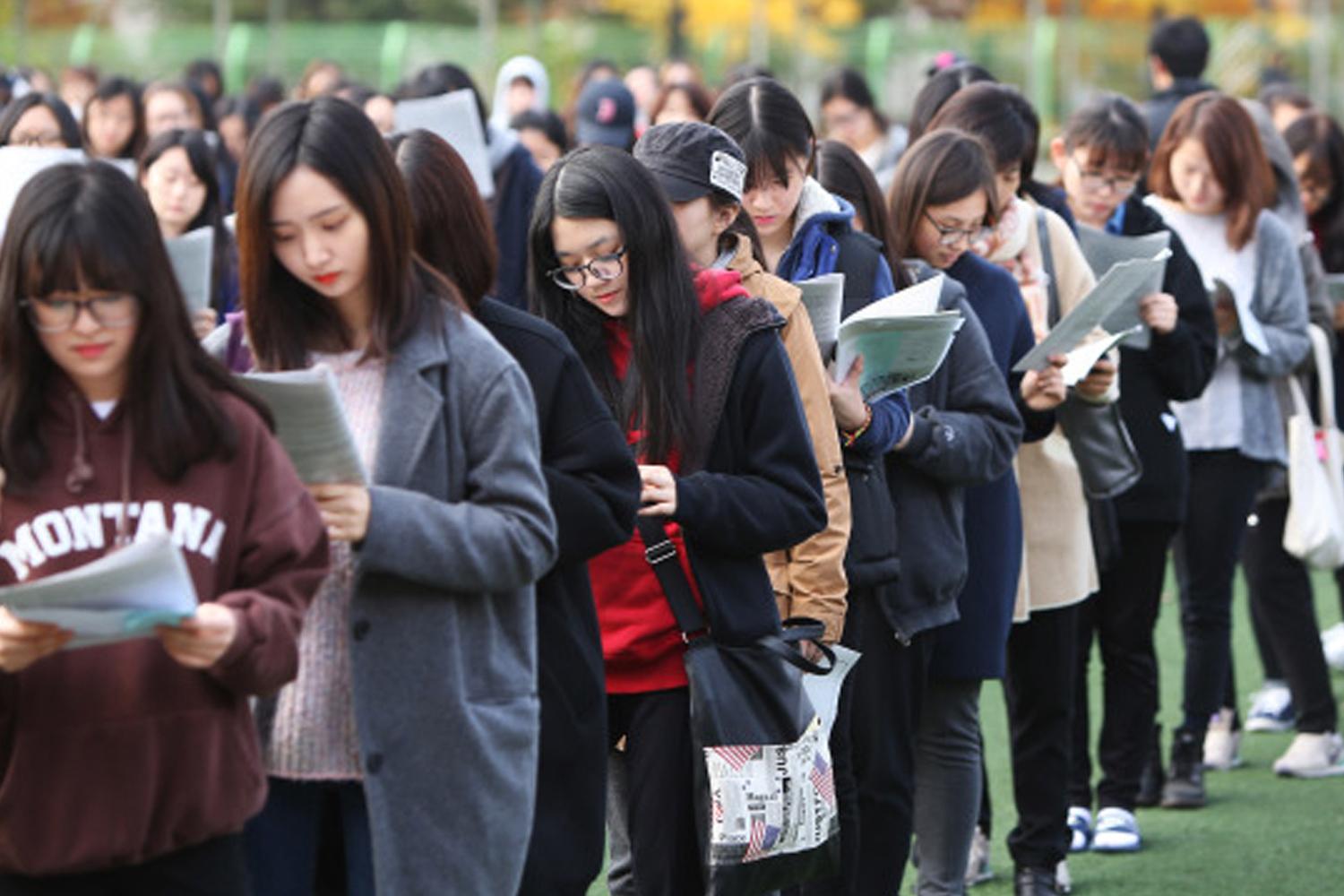 In a country where education is considered one of the most important aspects of life, Koreans believe that going to a good university can be lead to success in society. Therefore, getting into a top university is the most important goal for high school students and their parents. Because of this idea, students in Korea are under a lot of pressure to study and score well.

Preparation for the Suneung test can even begin at the kindergarten level. Korean high school students' day is as follows: arriving at school at 7:30 for self-study, school classes start at 9:00 and end at 16:00.

Then, they will go to private exam preparation classes or school classrooms to study more until 11 p.m. Finally, they go home and do homework for 2 to 3 hours before going to bed. There's no break in the cycle until the exam day comes! 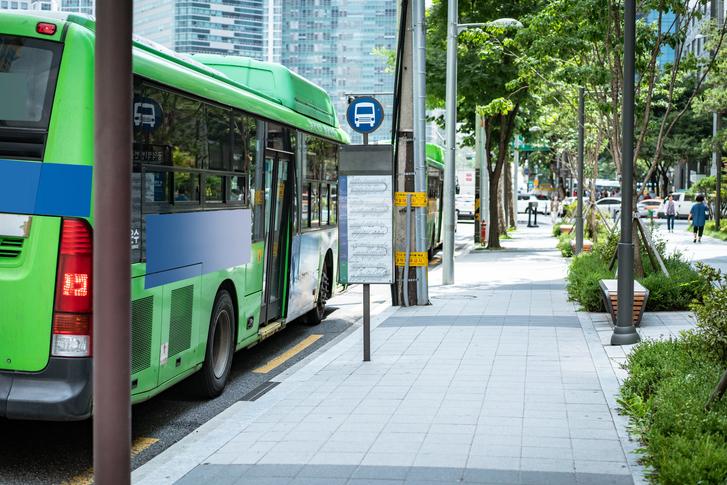 On the day of the Suneung test, silence sweeps across Korea and even the cold weather will make it feel harder to breathe on this day. All of Korea's attention is directed at the students who will take exams and are willing to do everything for them.

Public transportation, such as subways and buses, will operate at higher frequencies than usual to ensure students are not late for exams. 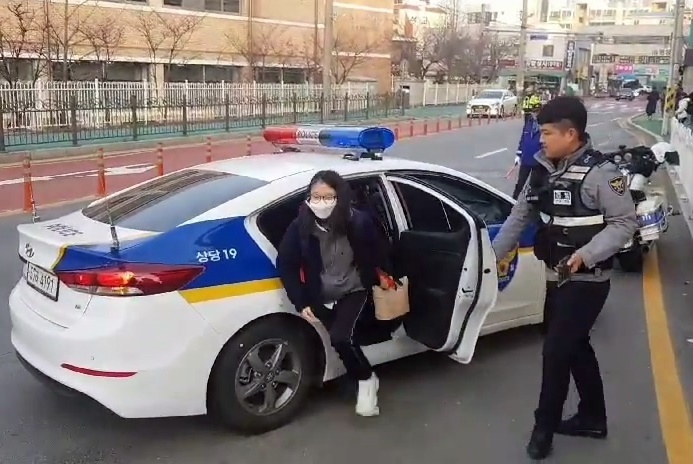 Office workers will have to go to work later than usual, at 10:00, to avoid traffic jams, ensuring that students can get to test scores on time and smoothly. Police are also on the streets to help when necessary.

The National Police Agency (NPA) said about 10,000 police officers will be deployed for security and safety activities related to the Suneung test this year.

Also, 10,506 officers will be mobilized to protect the delivery of test papers and answer sheets from Monday to Thursday this week, while guarding test sites and answer sheet processing centers until December 9. 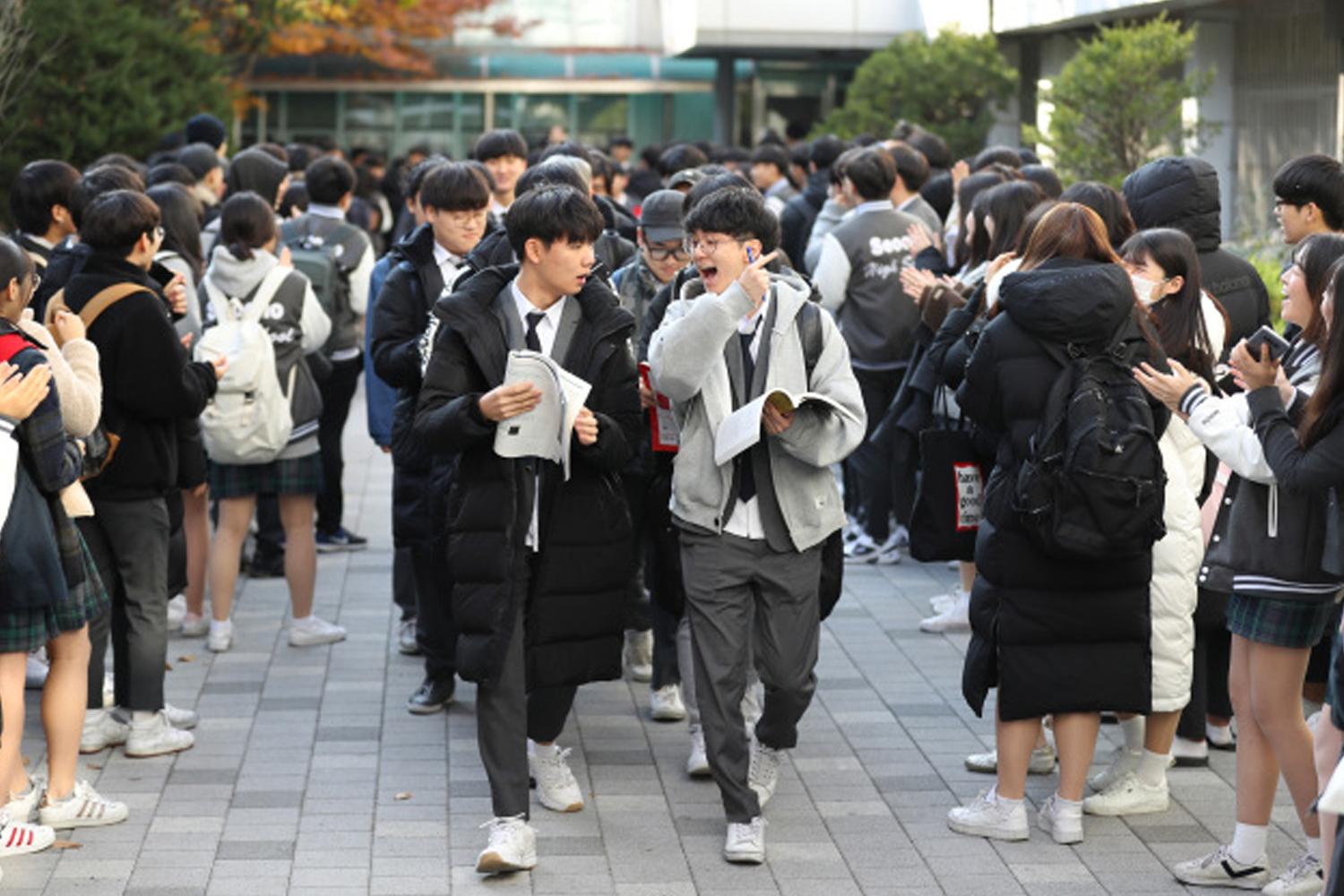 On this big day, military training will also be temporarily suspended, and banks and government agencies will open later than usual. Even planes will not be able to take off and land, and buses and trains will have to operate silently during the English listening skills portion of the test from 13:10 to 13:35. 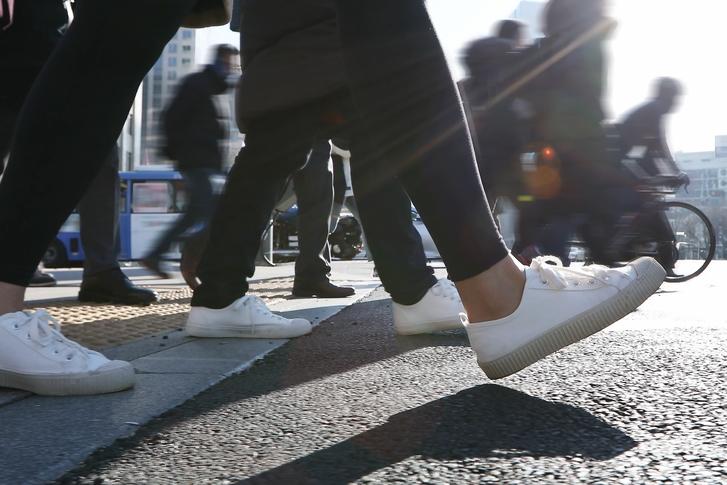 Teachers are asked to wear sneakers instead of high heels and western shoes to minimize the sound of their footsteps when administering the exam. In addition, the stock market opens later on this day, and construction work is temporarily suspended to prevent noise that could affect the test takers.

Korea United In Support Of The Students 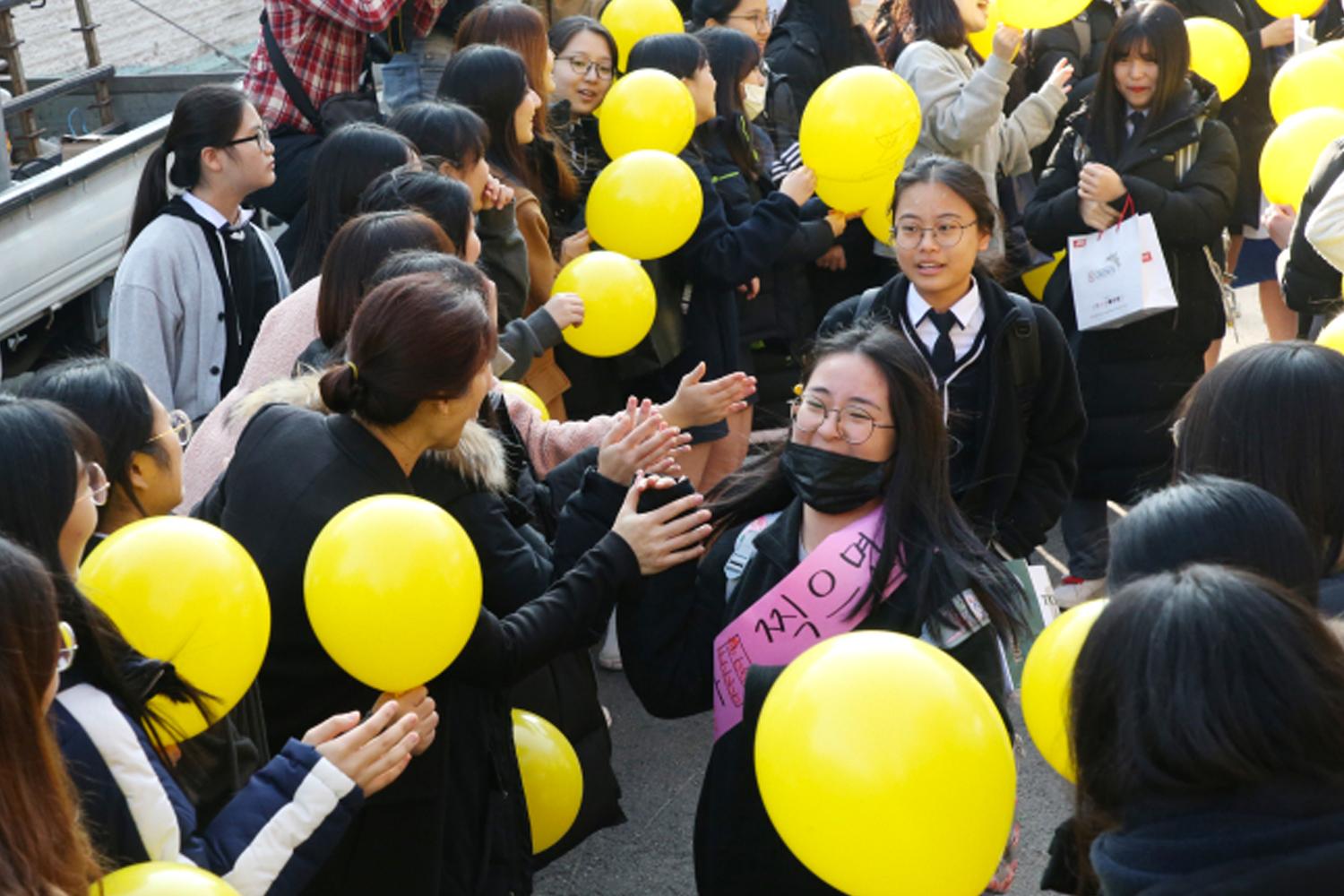 When students enter the test site, the teachers, parents, and lower grade students will line up in front of the school gate to cheer for them. In Korea, there is also a culture of giving gifts on this day. In Korean, the verb “butda" (붙다) has two meanings - stick to something or pass an exam.

Therefore, family, relatives, and friends often give taffy (엿/yeot) and/or Korean glutinous rice cake (찹쌀떡/chapssaltteok) with a sticky texture in the hope that the students will 'stick' to or pass the exam to get into their dream universities. As a superstition, students will avoid eating seaweed soup on the day of the test, because seaweed is slippery and they don't want to slip and fall. 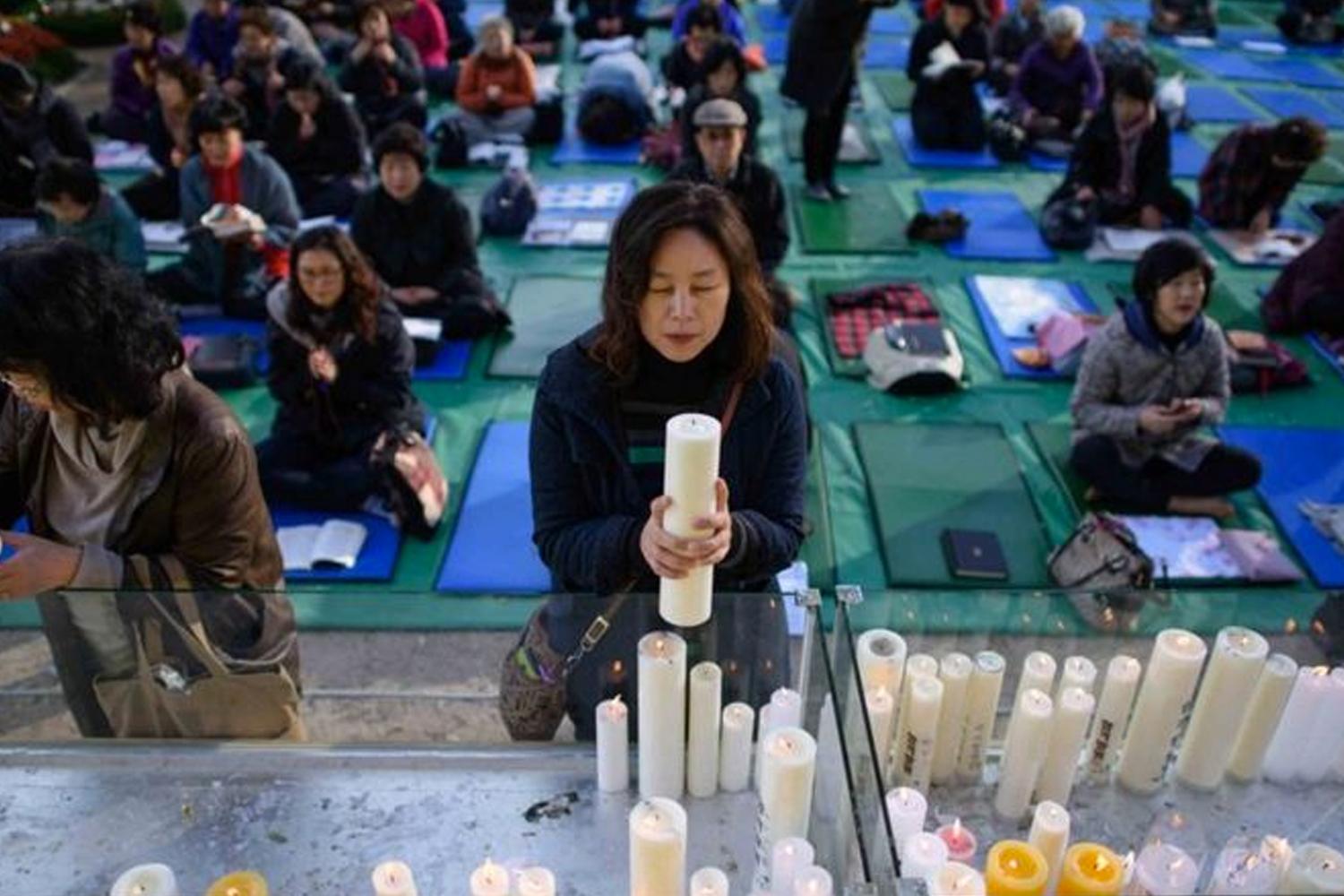 During this exam period, not only students, but also parents feel the pressure too. Some parents and family members even spend most of their time before exams at temples and churches praying for their children to do well.

However, focus, support, and expectations of society has led this test to become a huge burden for students. According to the Organization for Economic Cooperation and Development (OECD), children between the ages of 11 and 15 in Korea have the highest stress levels compared to any other industrialized country in the world.

The Suneung was originally just a college entrance exam, but now it has become an obsession and source of huge stress for many students. What do you think about this?