Why are South Koreans Unhappy?

Korea is ranked 59 out of 164 countries in happiness. Find out why Korean are increasingly unhappy. 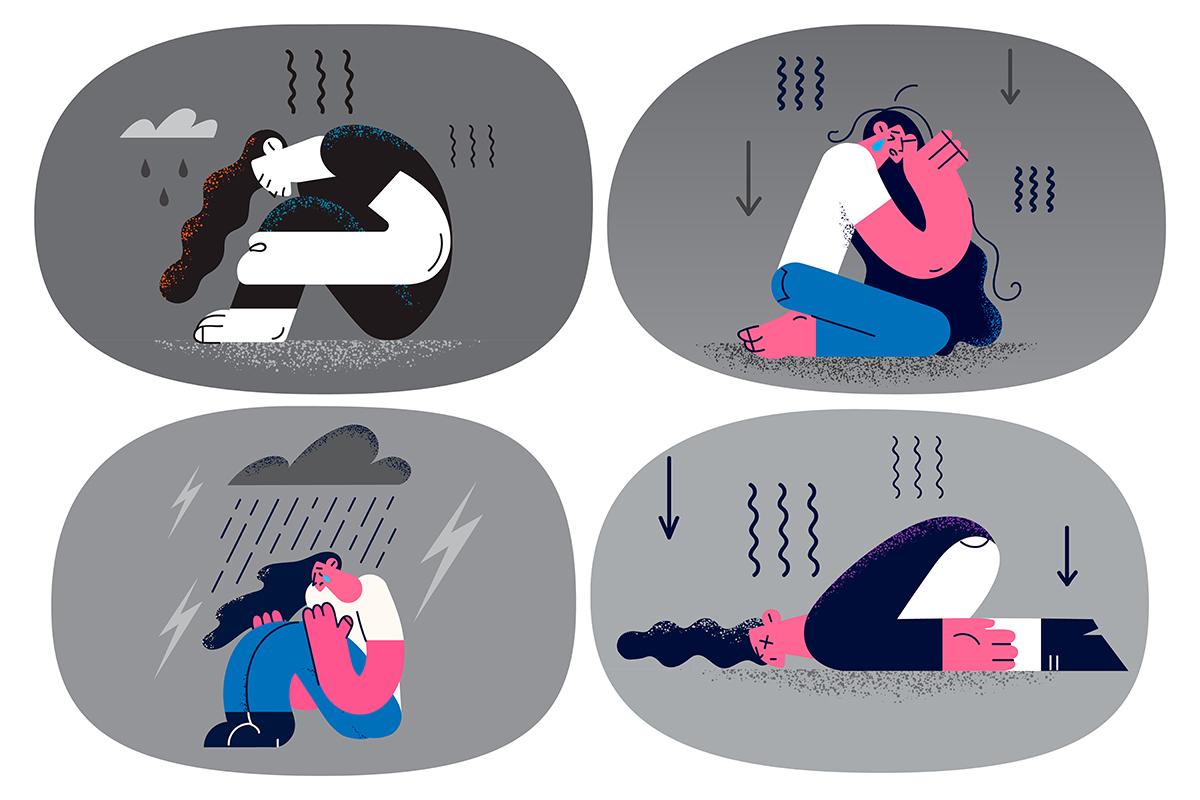 In the recently released 2022 World Happiness Report, South Korea was ranked 59 out 146 countries. This comes in addition to the fact that depression and suicide rates are always ranked quite high which indicates how the ranking came to be. For many unfamiliar with Korean society, this may come as a shock. How is one of the most technologically-advanced societies in the world ranked so low in something so essential?

Let's take a look at some of the most representative characteristics of Korean society to find out why. 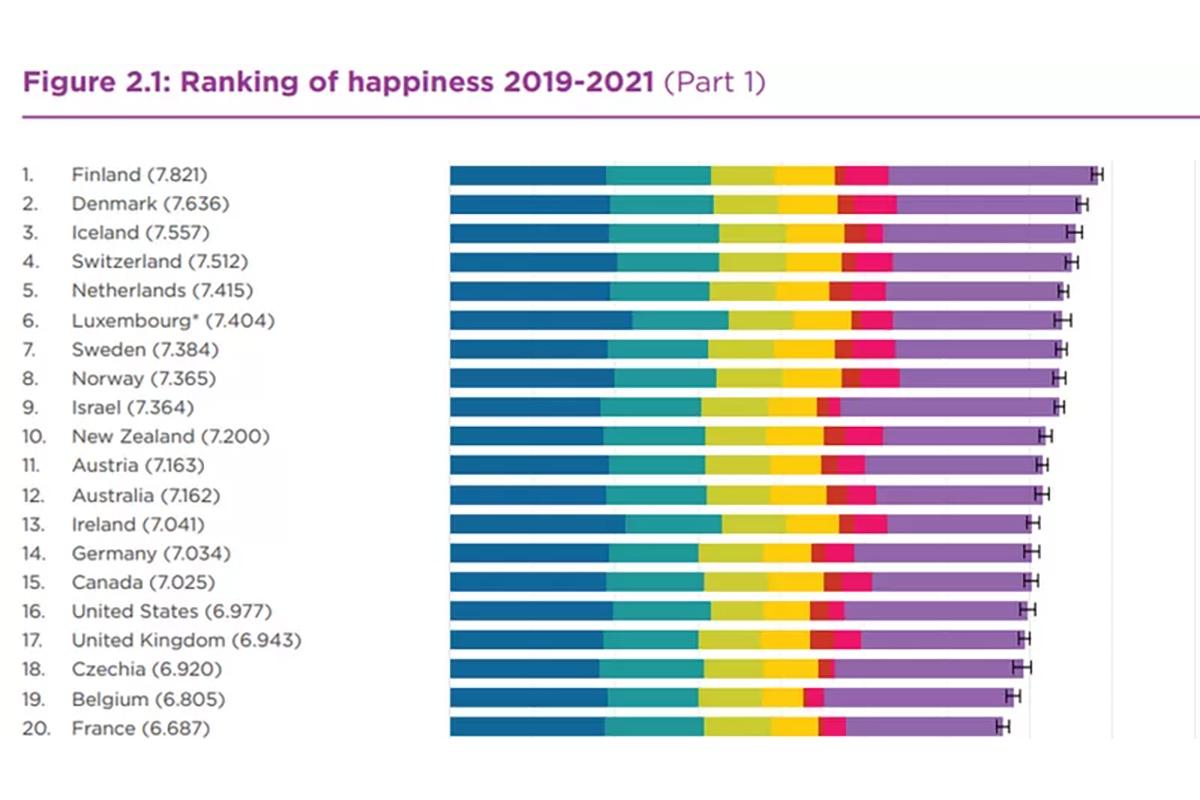 On March 18th, the Sustainable Development Solutions Network (SDSN) released its 2022 World Happiness Report which revealed that South Korea had ranked 59 amongst 146 other countries. Despite having a high-figured GDP and life expectancy, other area such as social support, freedom, corruption, and tolerance, fell short. 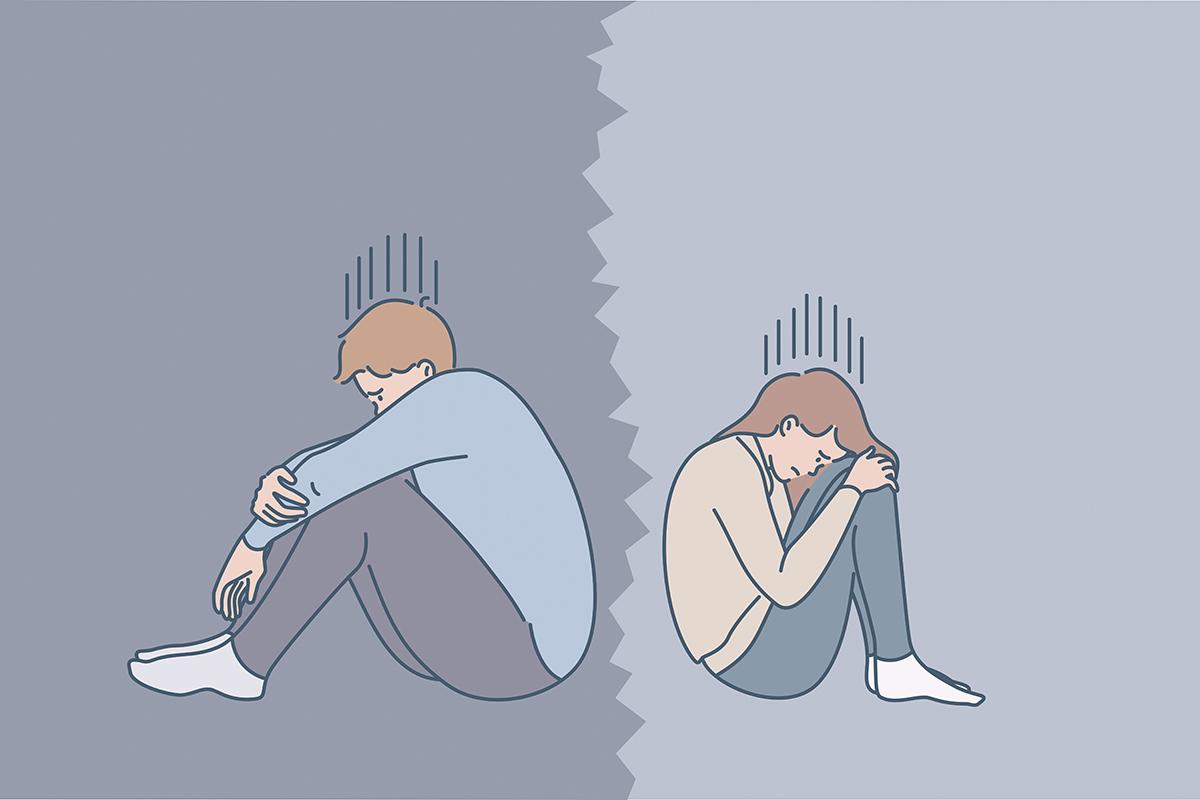 These figures are a big indicator of the quality of life that Koreans are currently living. In 2020, the National Statistics Office showed that Korea was ranked number one in suicides amongst countries that belong to the Organization for Economic Co-operation and Development (OECD). In addition to this statistic, Korea also ranked first in depression with 36.8% of the population experiences depression as well. This suggests that not only are the citizens of South Korea unhappy, but many are depressed as well.

As of 2020, Korea's nominal GDP per capita increased 200 times in comparison to 1960. This is 24 times higher than the global average during this time period so they growth is tremendous. But despite becoming such a high-earning country in such a short time, why did Koreans level of happiness continue to decrease?

Why Are Koreans Unhappy?

1) Lack of Trust Among Members of Society 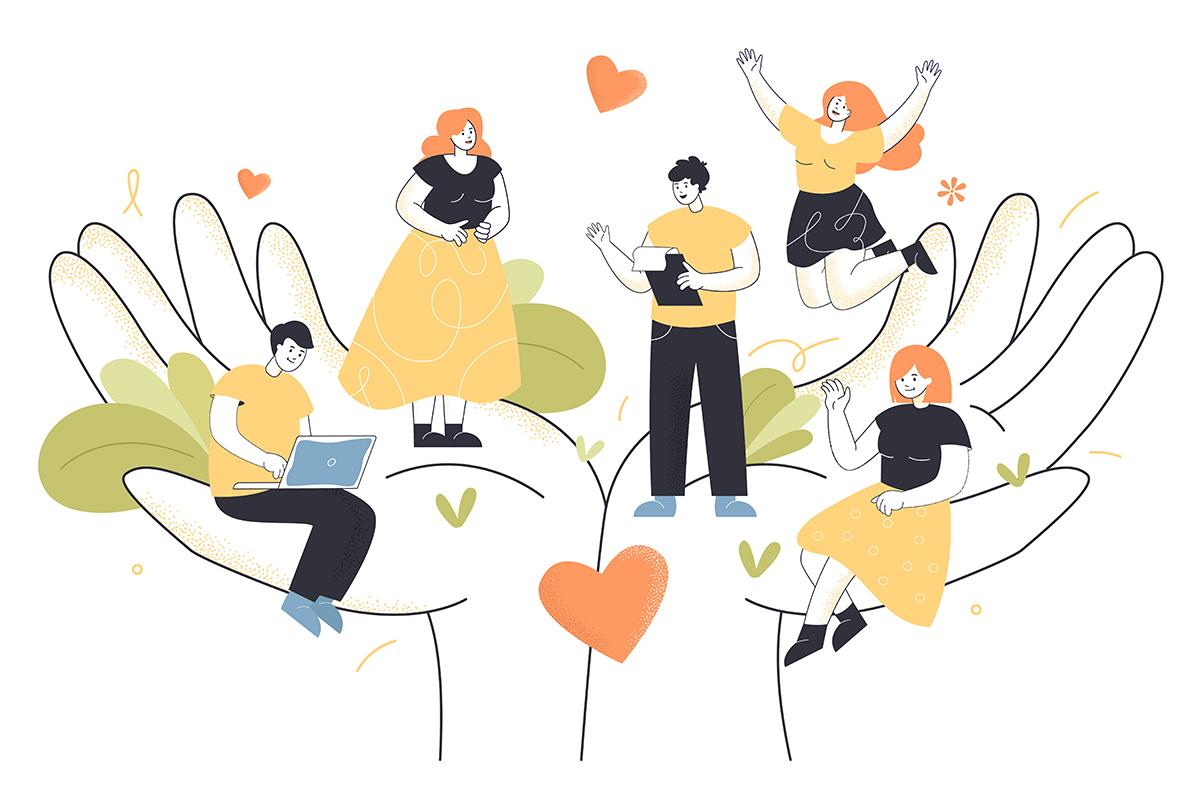 Not only has social support continued to deteriorate in Korea, but the gap between generations in increasing as well. When asked if they could receive help in emergency situations, Koreans responded 'no,' at a higher rate than other countries. In other words, 25% of Koreans feel so socially isolated that if any health problems arises or any other emergency situations, they feel they'd have nobody to call (compared to the OECD average of 88.6%, Korea is currently at 75.9%).

The study also revealed that older Koreans felt more and more isolated as they continue to age. This trend of social disconnect makes it even harder for individuals to break out of their depressions as time goes by and increasingly dangerous.

2) A Culture of Blending In 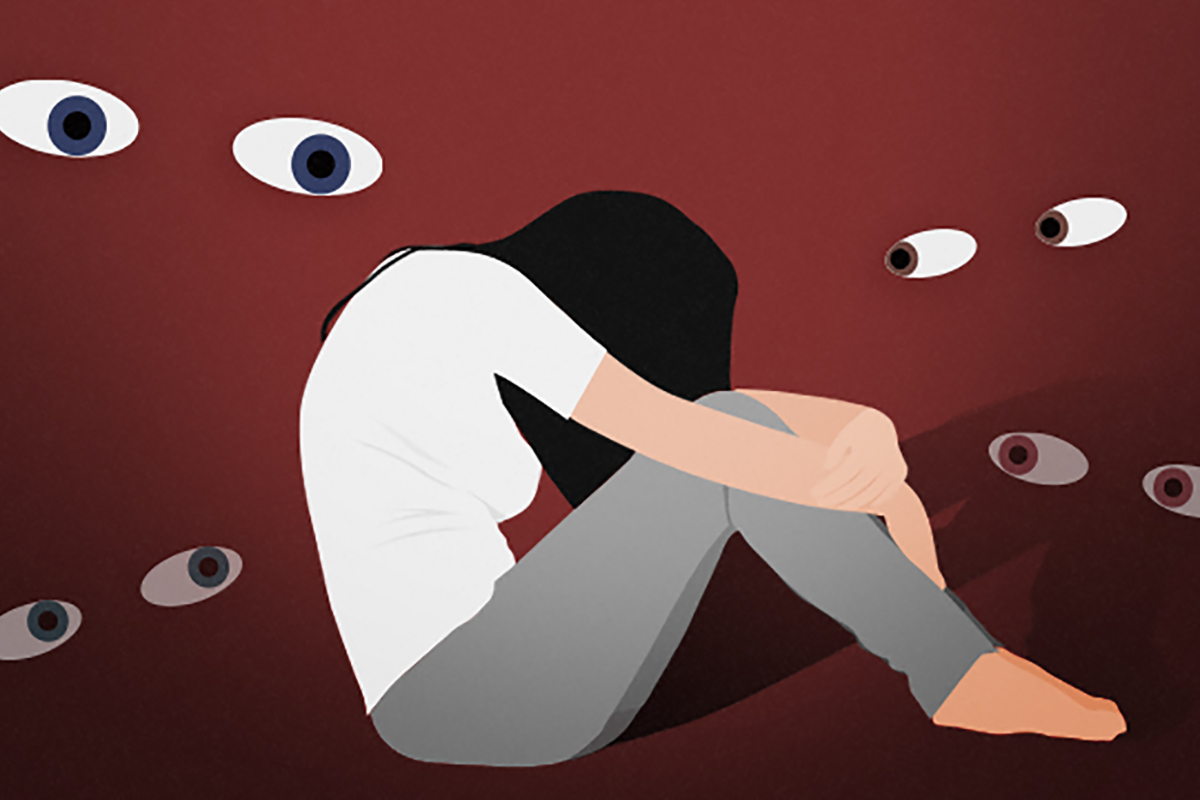 Every culture has its own nuances that depict how society interacts with each other. One part of Korean culture that deeply effects the way people think and act is noonchi (눈치). Noonchi is the ability to listen and gauge others' moods and opinions. Essentially, it is the act of making decisions based on the assumption of how the majority will perceive it. As a result of this concept, Koreans live with the idea that doing things differently, or doing anything that makes you stand is, is a bad thing. With society determining the dos and donts of what is and isn't acceptable in day-to-day life, it is understandable that individuals feel deprived of their individualism and expression, due to the fear of being shunned or made fun of by others for being a little different. 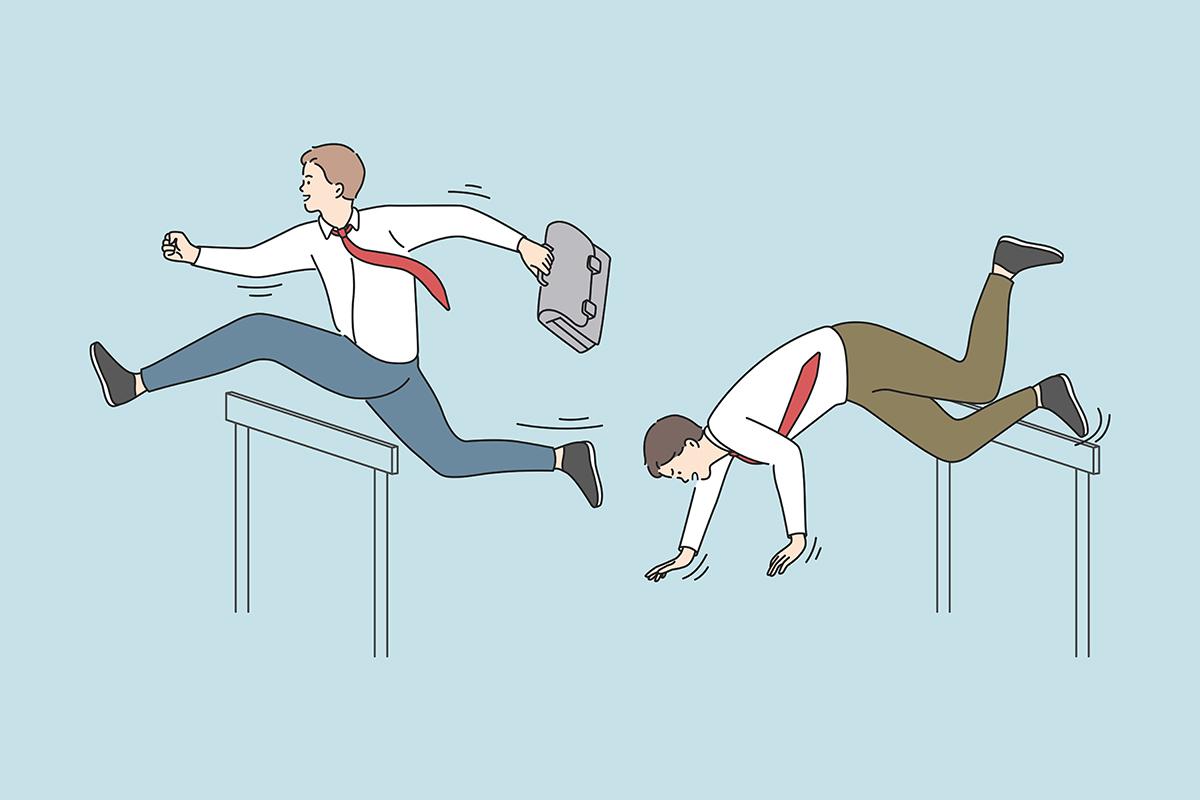 For a majority of their lives, Koreans are focused on getting the best results. High school students study endlessly to get into the top universities in the country. Once they graduate college, they compete to get limited to positions in companies, only to continue pushing themselves to get the best results once they start working. From their youth and through most of their adult lives, they will strive to get the best results in a highly competitive environment. So if they fail in reaching any of these goals, they feel tremendous frustration and loss, since they have dedicated their whole lives to get to this point. The results of a meritocratic Korean society is that many young people are deprived of their happiness at young age and they are unable to find it. 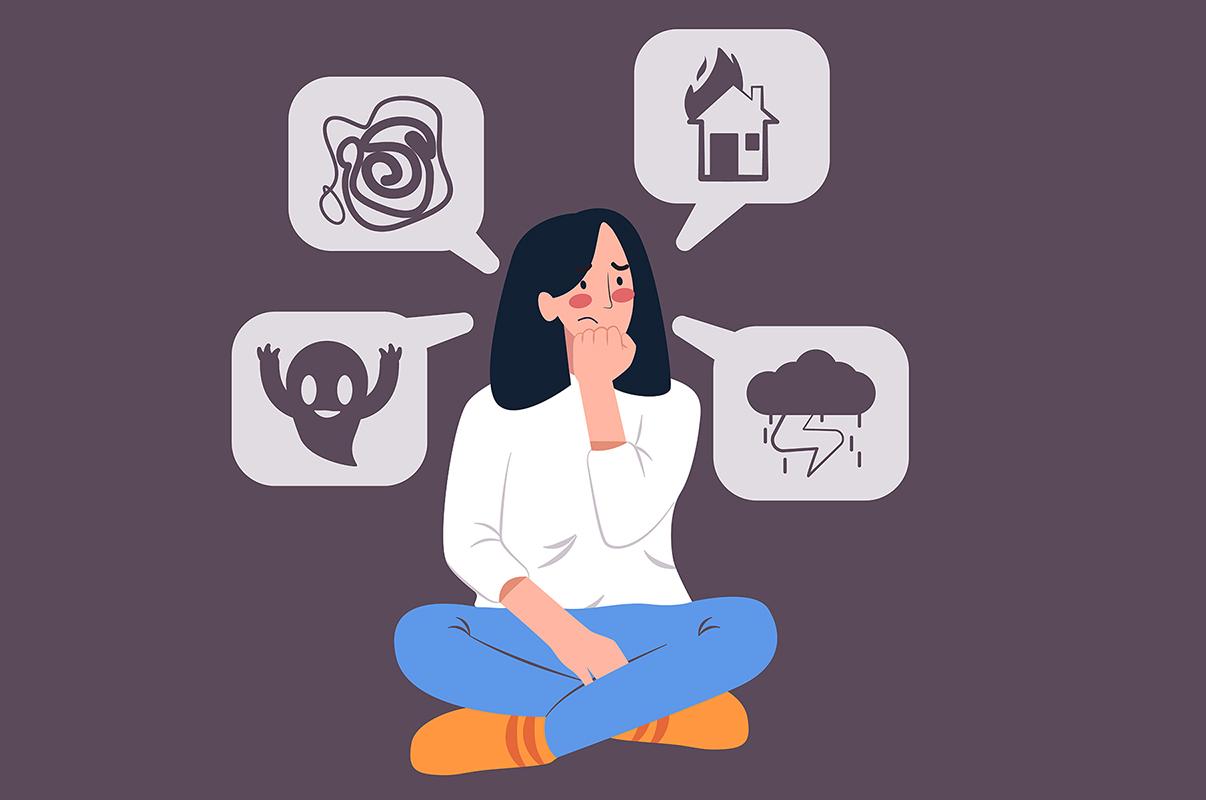 In 2016, the Korean Institute of Health and Social Affairs compared the rate of crime and the anxiety rate of European countries and Korea, respectively. The study found that Finland's crime rate was the highest at 26.7%, but their anxiety rate was quite low with a result of 6.8%. Korea on the other hand had an extremely low crime rate of 1.5%, yet the anxiety rate was shown to be 23.1%. Why are Koreans so stressed when the country is so seemingly safe?

It's possible that because Koreans are naturally sensitive to the way they are perceived and how they interact with society around them, that their anxiety towards danger is heightened as a result. This, in addition to media coverage of crimes and SNS stimulate that anxiety even more, compared to other countries. As a result, anxiety plays a large role in the psychology of many Koreans. 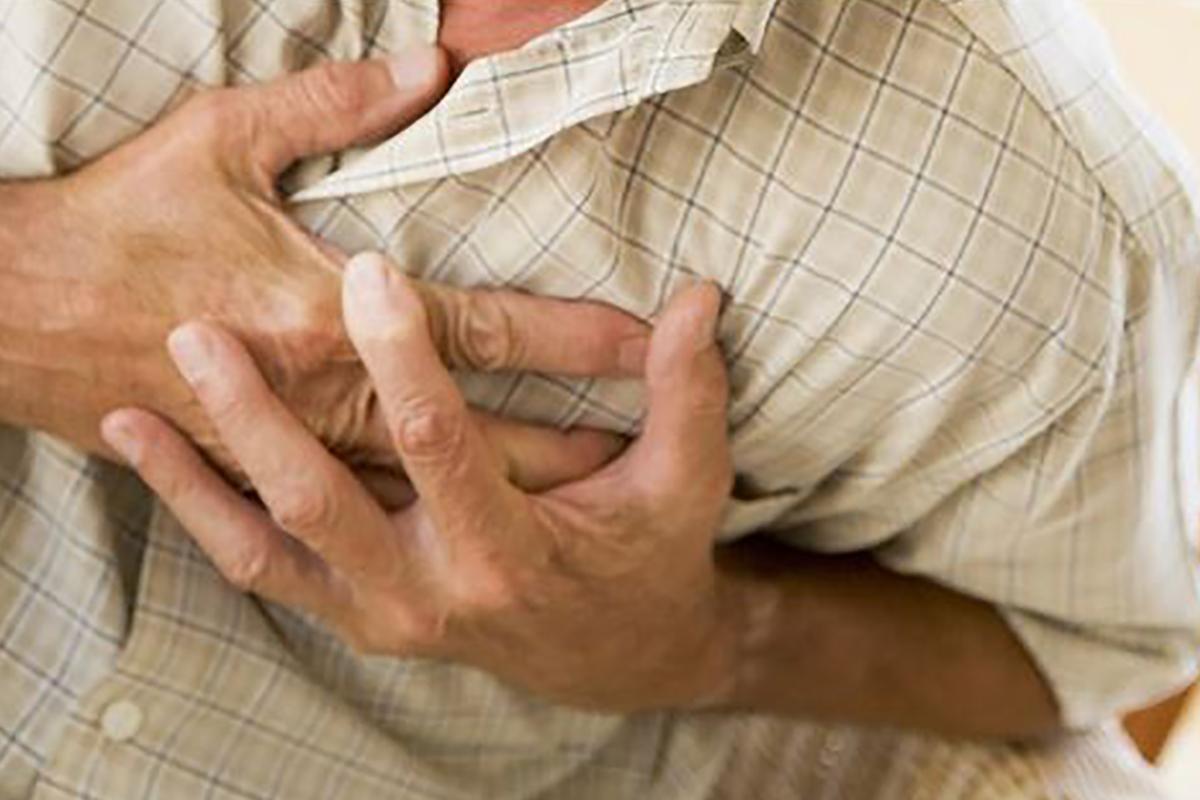 While Koreans are very alert and proactive when it comes to their physical health, it is almost the exact opposite when it comes to the mind. It is common for a Korean to go to the hospital at the first sign of a cold, but the same consideration is not shown when a person displays signs of depression. This could be a symptom of a society that cares deeply about how other people perceive them or even attributed to the fact that society values the ability to contain your emotions. Whatever the cause, the weight of such burdens often leads to Korean ignoring all aspects of their mental health all together. 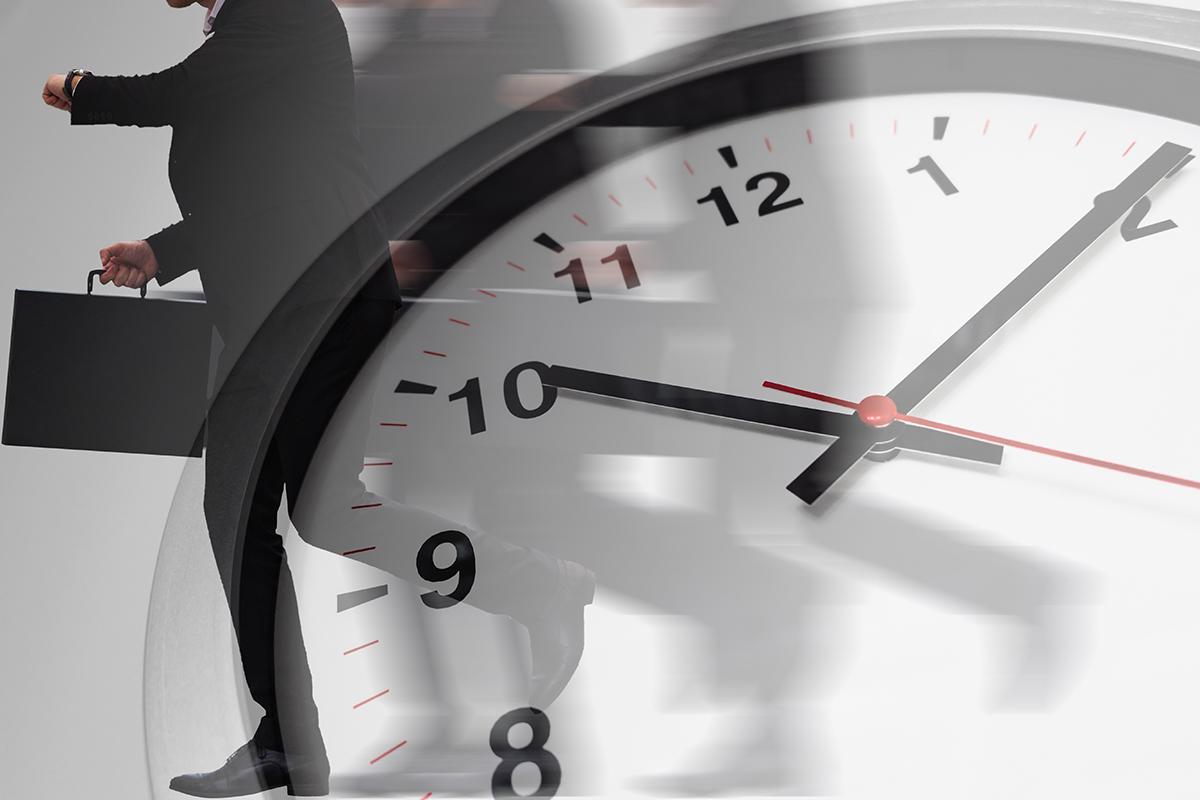 Ppalli ppalli (빨리 빨리) translates to 'quick quick' or 'hurry up.' This ppalli ppalli culture is prime example of how society operates. In Korea, everything is fast. It is a common expectation for things to be quick and accurate, from rapid document processing to fast food delivery. In many ways, this culture has its benefits, but on the other hand, it can be another source of anxiety for Korea's citizens. They live with the pressure of having to be perfect, yet efficient with their time which can also make them feel as if they're running out of time. 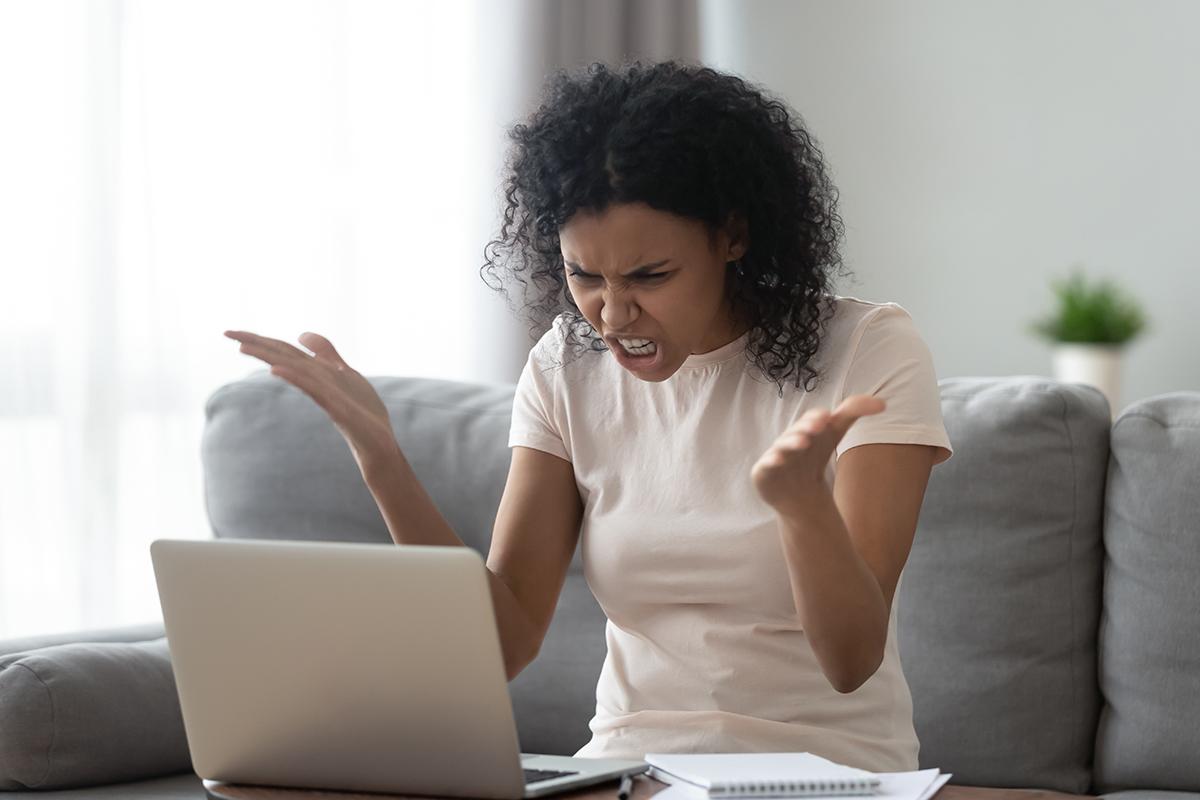 Koreans are very alert and sensitive to corruption. News of bribes, illegal acts and preferential treatment is often seen as very disturbing to Koreans and can easily affect how they view society. People in places of power such as political leaders are often the under the strict evaluation of morality, as their perceived morality is very important to the people they serve. It is also common as a result that celebrities are held under the same critical standards, since they benefit from privileges that the everyday Korean does not. When cases of immorality break out amongst political leaders, actors, and singers, it produces a wave a skepticism among people as they question the way they are living their lives. 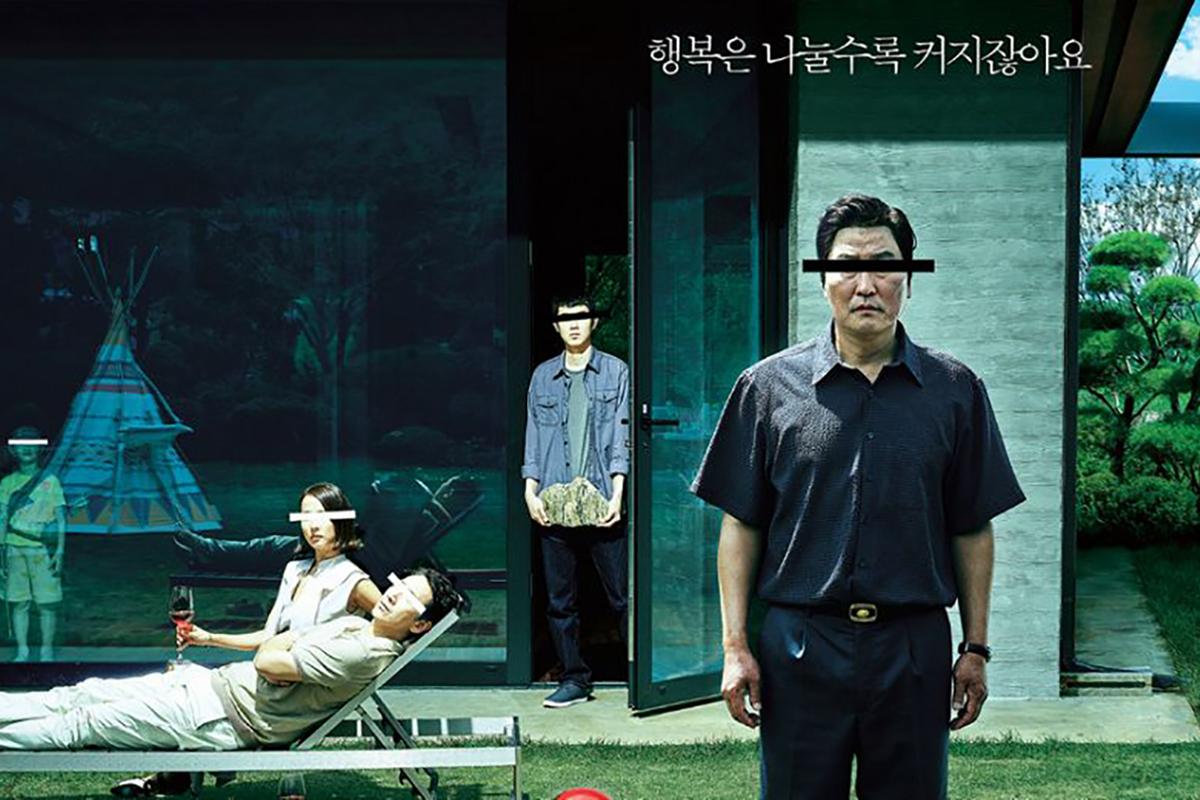 In the ranking of the wage gap between men and women released by the Organization for Economic Cooperation and Development, Korea ranked last among the 28 countries surveyed. In addition to these findings, the level of social inequality in Korea was about seven times higher in the bottom 20% in comparison to the upper 20%, which is much higher than the OECD average of 5.4 times.

This economic inequality is also being fueled by the fact that the income gap between small and large companies, and between regular and non-regular employees, is getting larger and larger. According to the 2022 World Inequality Report, the average income of a Korean adult is similar to the income of someone in Western Europe. However, despite the incomes being the same, the degree of inequality in Western Europe is lower, while Korea's is very similar to that of the United States. The widening gap between the rich and the poor is a continued problem that society is facing and causes grief between the groups and they continue to conflict. 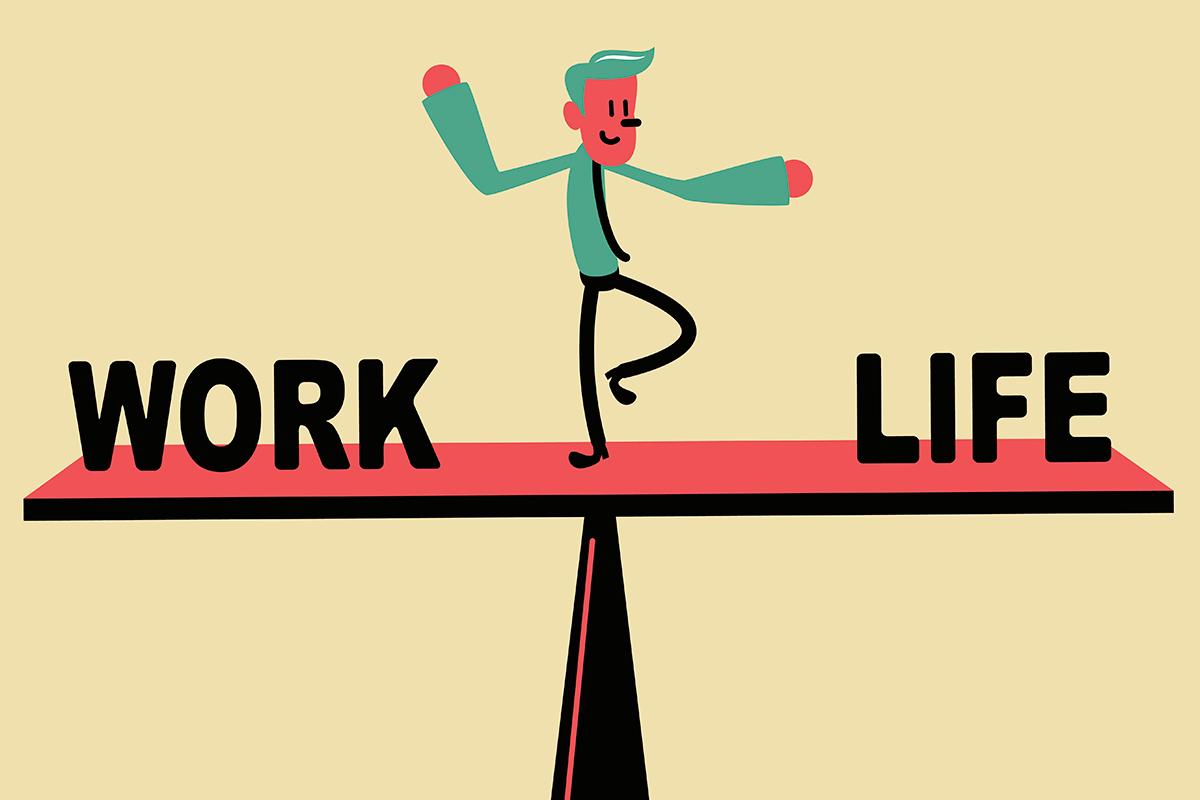 Another reason Koreans are increasingly unhappy is due to the lack of a work-life balance. When ranked against 39 other countries in this category, Korea ranked 37th out of 40. This can be directly attributed to the high working hours of most Koreans. While the legal working hours of a regular employee are eight hours, it is very common that they spend significantly more time than that in the office. Therefore, no matter how much money a person makes, it can not be assumed that they have a good quality of life, with this lack of balance to help them enjoy the fruits of their labor.

While South Korea is thriving as a culture hub for some of the top artists of the world, Korean society still faces its own troubles just as every country does. Can you see any similarities between Korean society and your own? What are some of the main differences? Let us know in the comments below!