Korean Fashion Through the Ages

Curious how Korean fashion has evolved throughout history? Find out here! 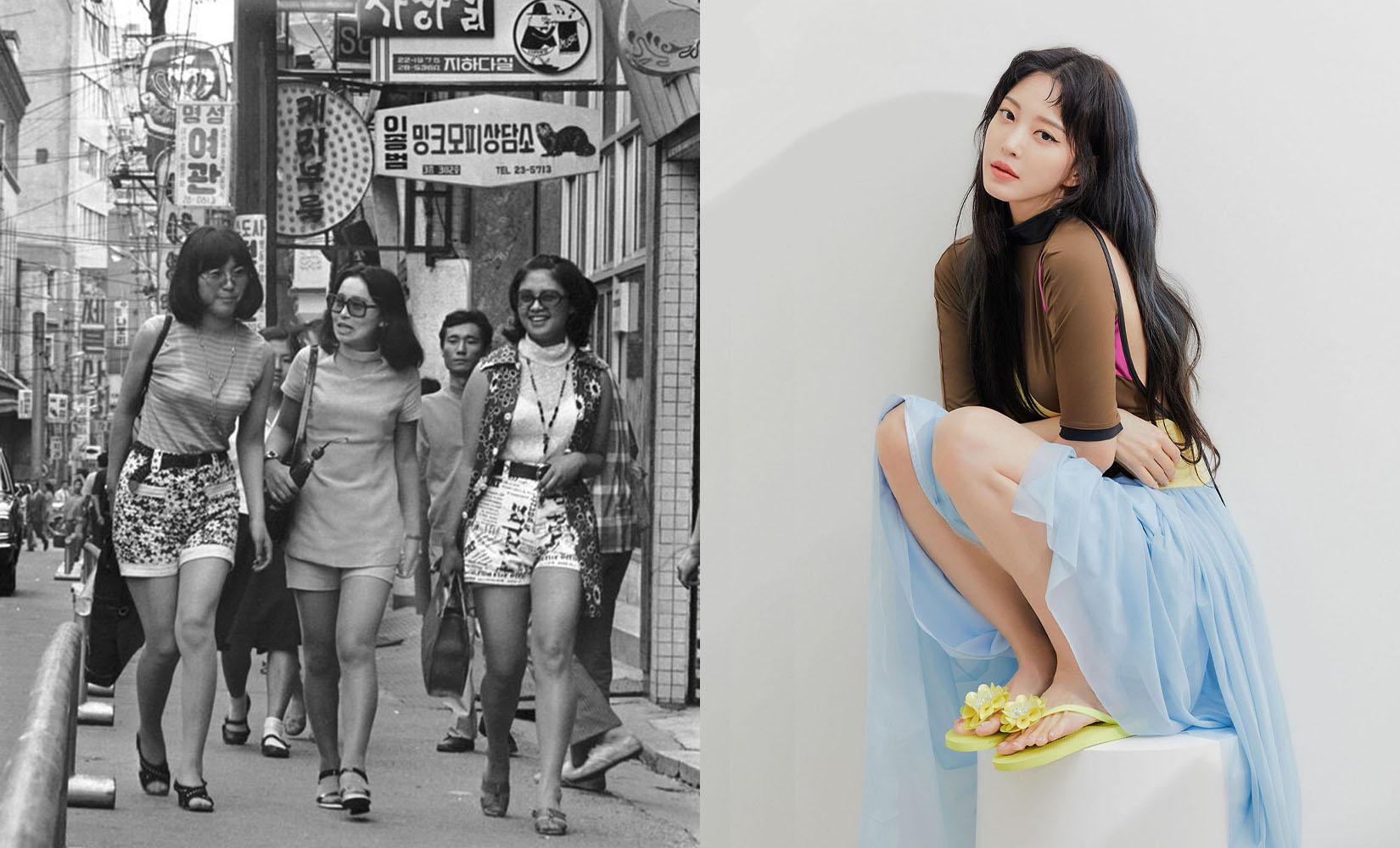 Ever curious how the same country that developed the beautiful traditional hanbok we love, is also leading in fashion trends all over the world? Today, we're going to look to see how Korean fashion has evolved over time as South Korea has simultaneously made its way into the world's fashion spotlight.

The Introduction of Western Style From Traditional Hanbok 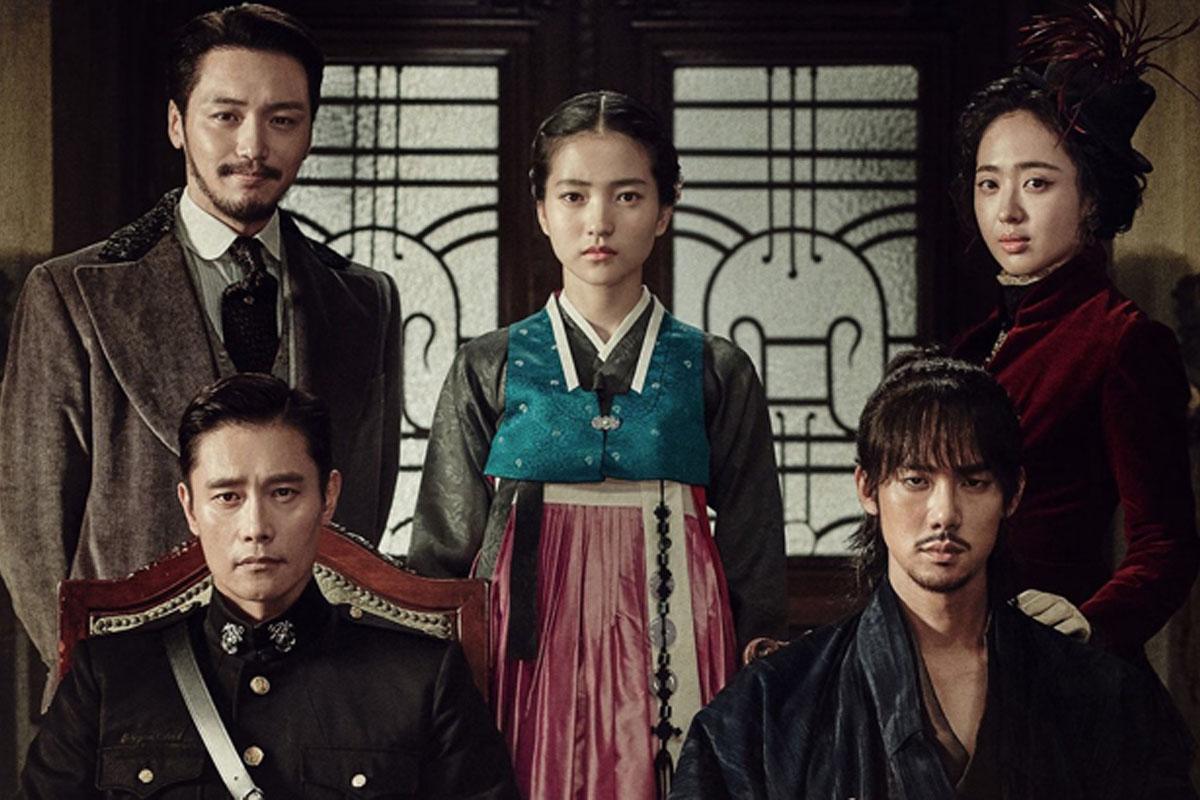 Before the introduction of Western, the fashion of the Joseon era was traditional hanbok. Many people may be familiar with hanbok has it has been featured in many historical dramas, or if you've ever visited Korea, you may have worn it yourself when touring one of the many palaces in Seoul.

However, through a series of reforms such as Gapshinjeongbyeon (갑신정변) and the Eulmi Incident (을미사변), official uniforms were simplified, along with cilvi and military uniforms which were unified into black. 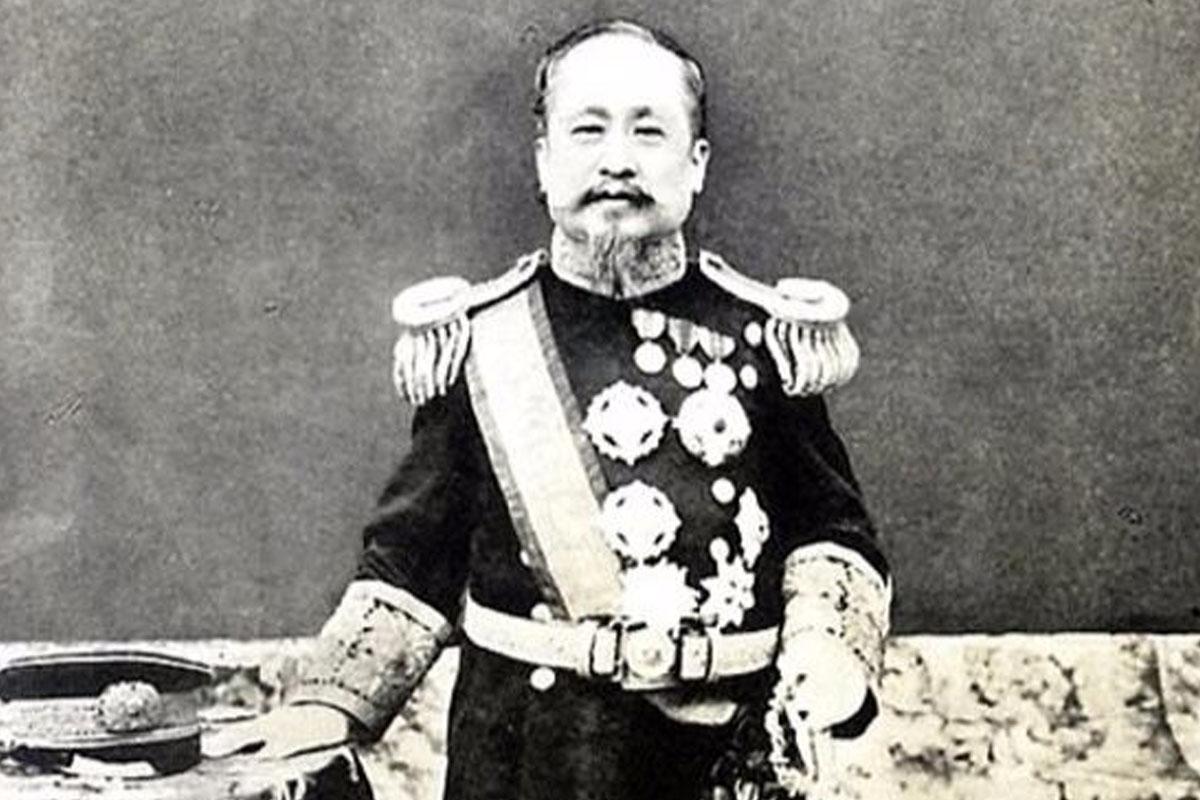 With the reign of King Danbal in 1895, the royal court ministers wore suits and Emperor Gojong introduced a silk hat and a halo coat, which marked a major change in Korean clothing culture. 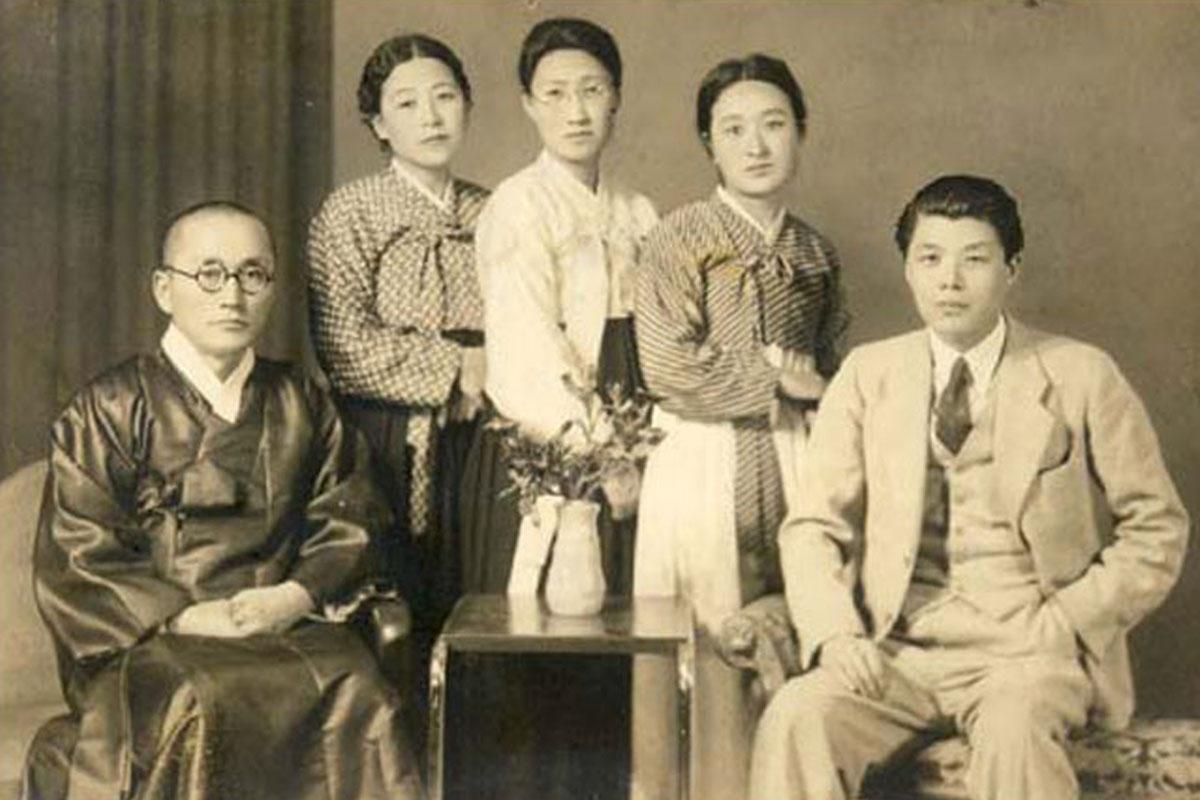 During the World Wars, the Japanese occupied Korea and banned all signs of Korean culture. From the language to the clothes, Koreans were stripped of their cultural identities. With the banning of hanbok, Koreans wore white to show the destruction of the spirit of the Korean people.

In the 1920s, while there were restrictions on outerwear, improvements were made to undergarments. Socks and rubber shoes gained popularity as well. 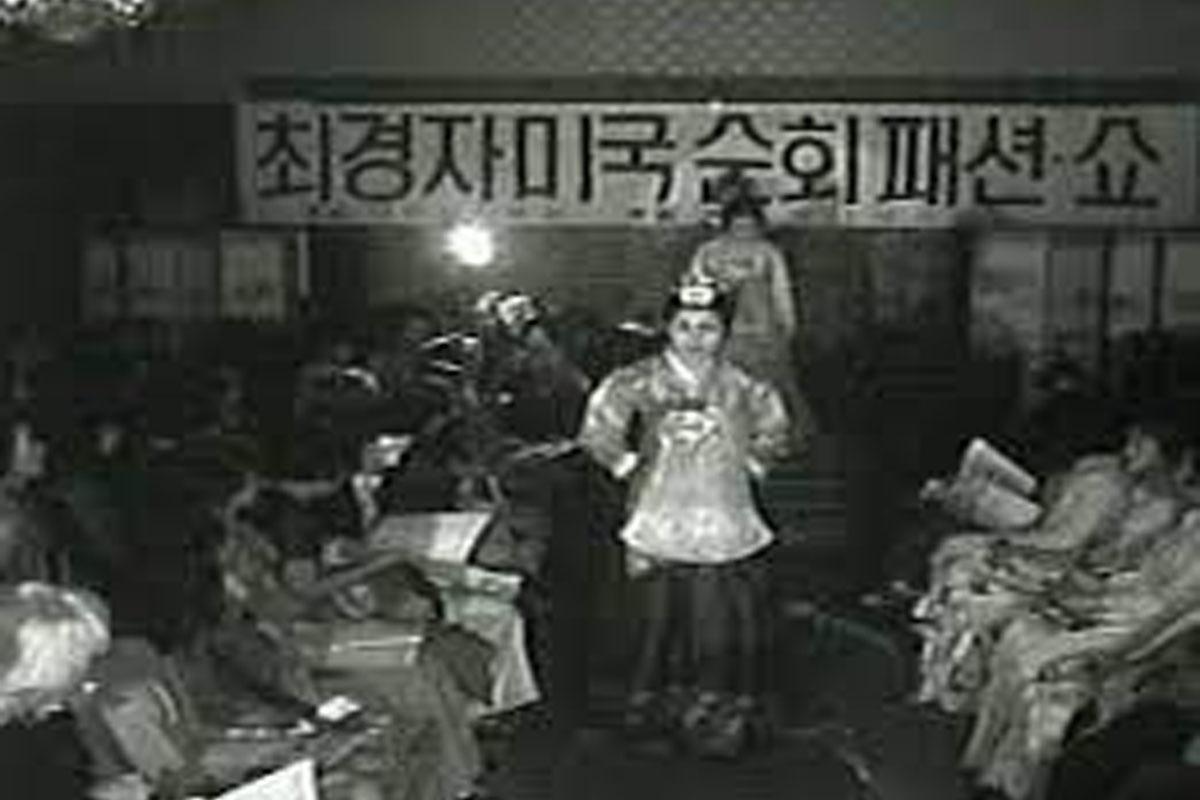 Choi Kyung-ja  is called the mother of Korean fashion and the Hamheung Yangjae Academy, of which she founded in the 1930s. The school is considered the first form of fashion education in Korea. 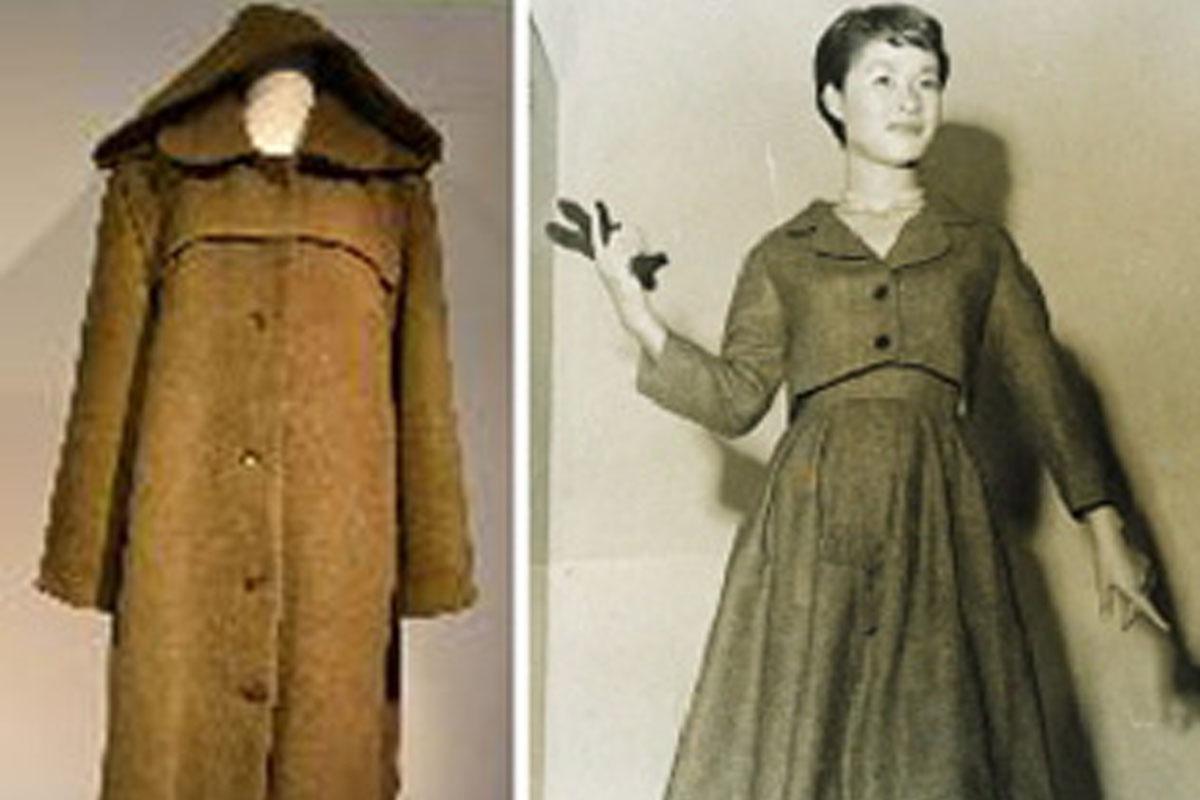 When Korea was finally liberated in 1945, the people showed their support of Korean culture by wearing hanbok, to protest the control that the Japanese formally had.

However, the trends naturally began to change as outward influences impacted the fashion sphere. As a result of the Korean War, the US brought suits as relief clothes, which inevitably made suits a mainstream fashion. This, in addition to dying military uniforms and making coats out of other military materials became popular as well.

The Basic Fashion of Dress Culture in the 1950s 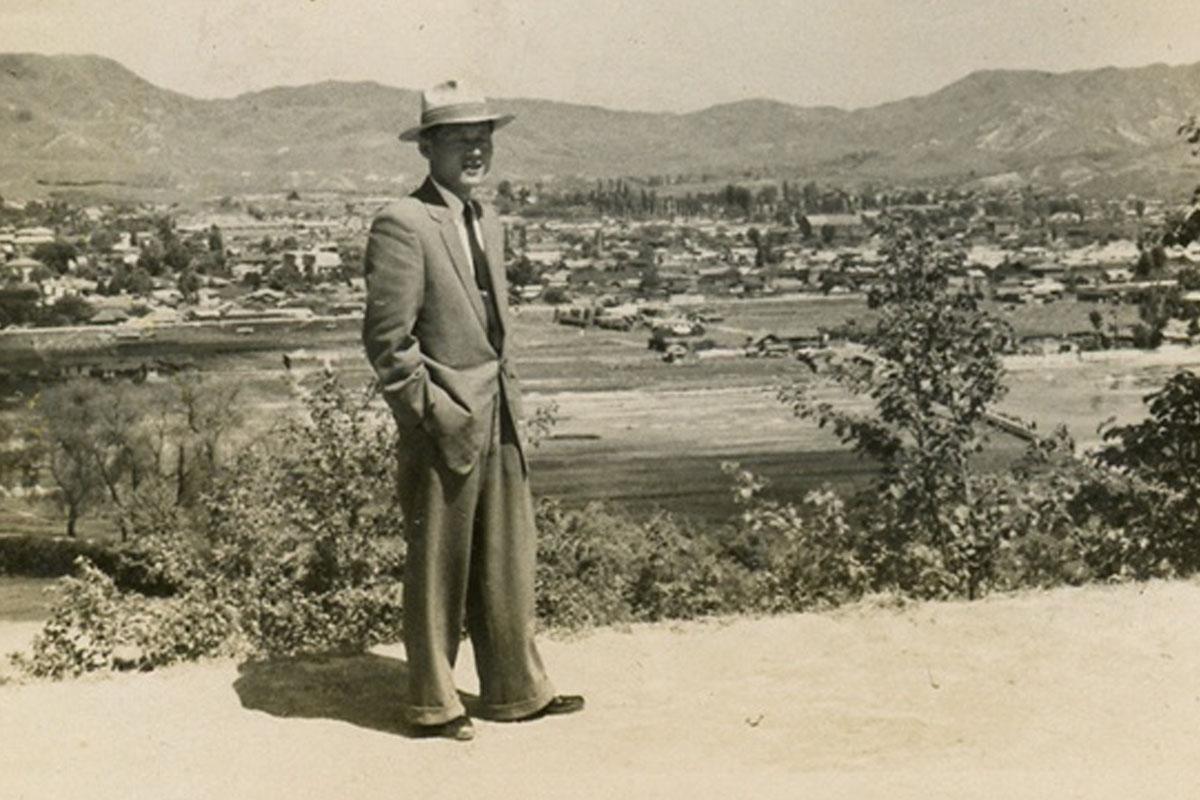 In 1953, the importation of Nylon, lead the way to hanbok becoming formal attire for holidays and events only and nylon-made clothing taking its place in daily wear.

Shortly after the way, Myeongdong, where designer boutiques were primarily located, became the number one fashion destination, and high fashion began under their leadership. 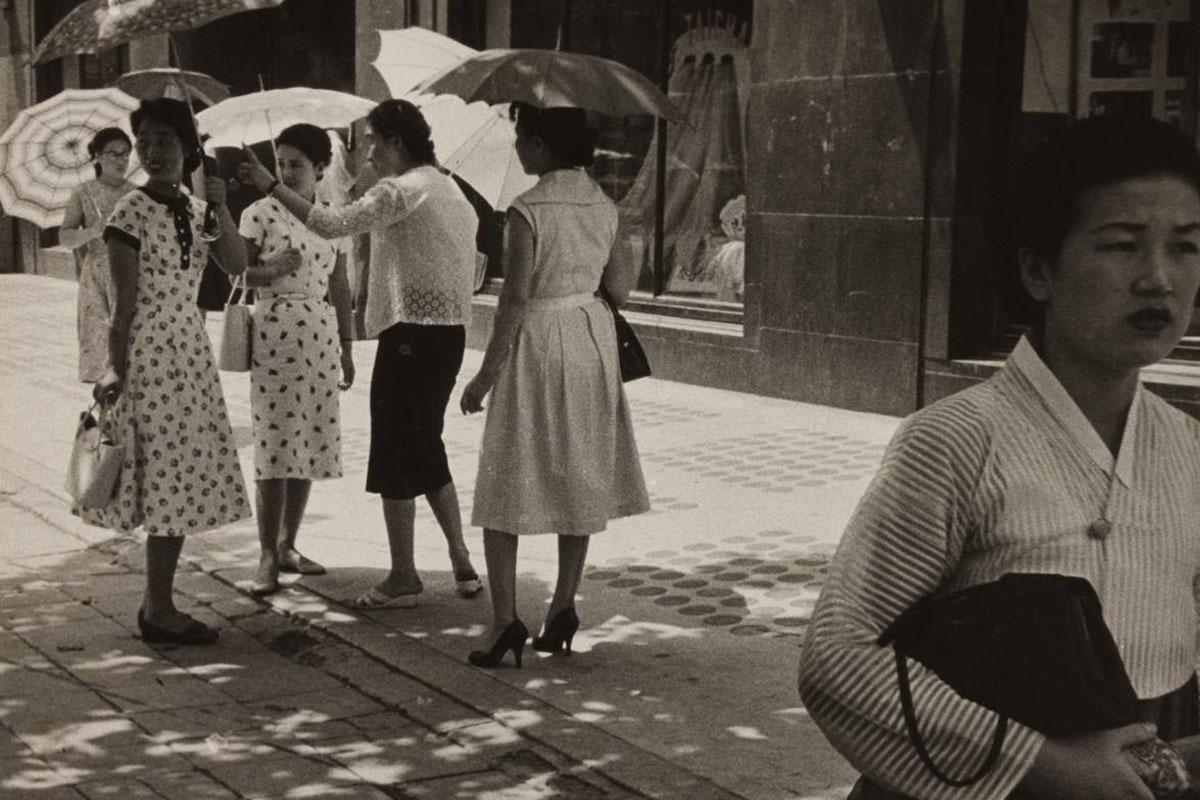 Tight skirts, high heels, nylon stockings, suits, bleached pants, petty coats, and mambo pants all become popular. Anyone spotted wearing one of these fashion trends could be deemed as a fashionable person. 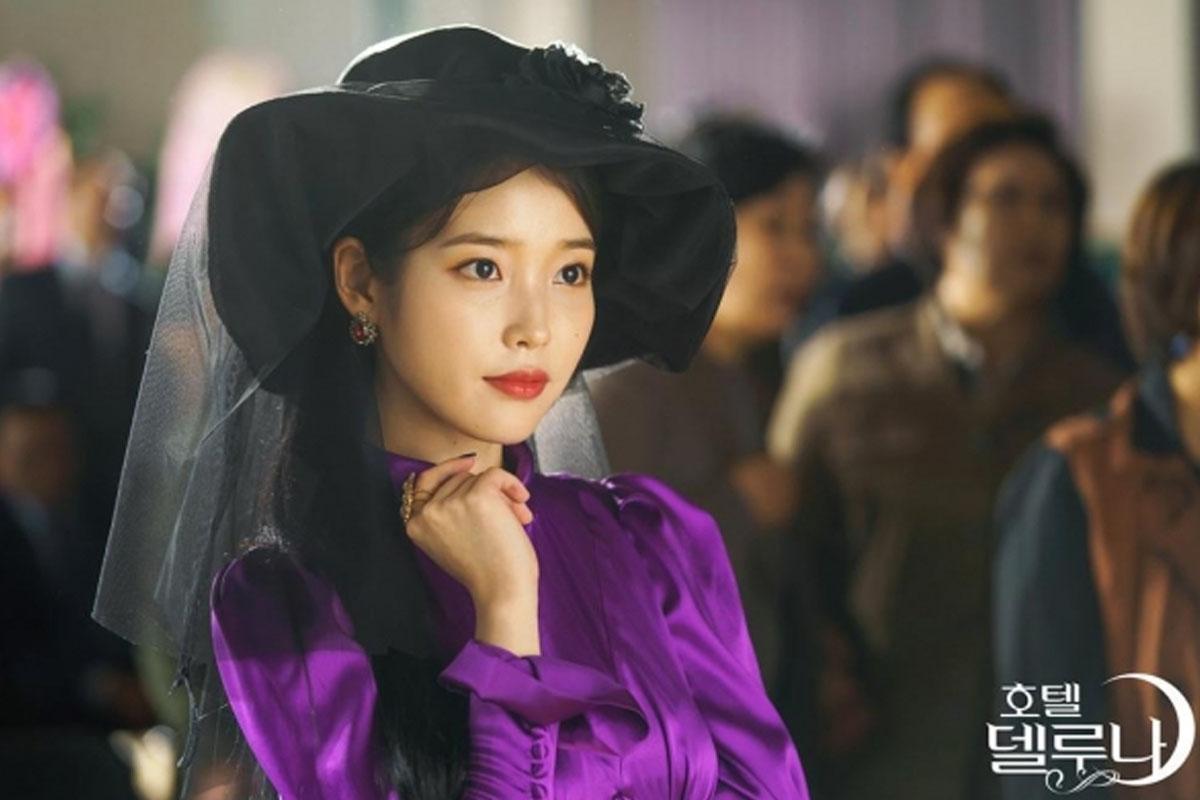 This is around the time that Western fashion started to make a bigger impact on Korean fashion. Overfit suits, blinged out clutches, and glovers were becoming increasingly popular. 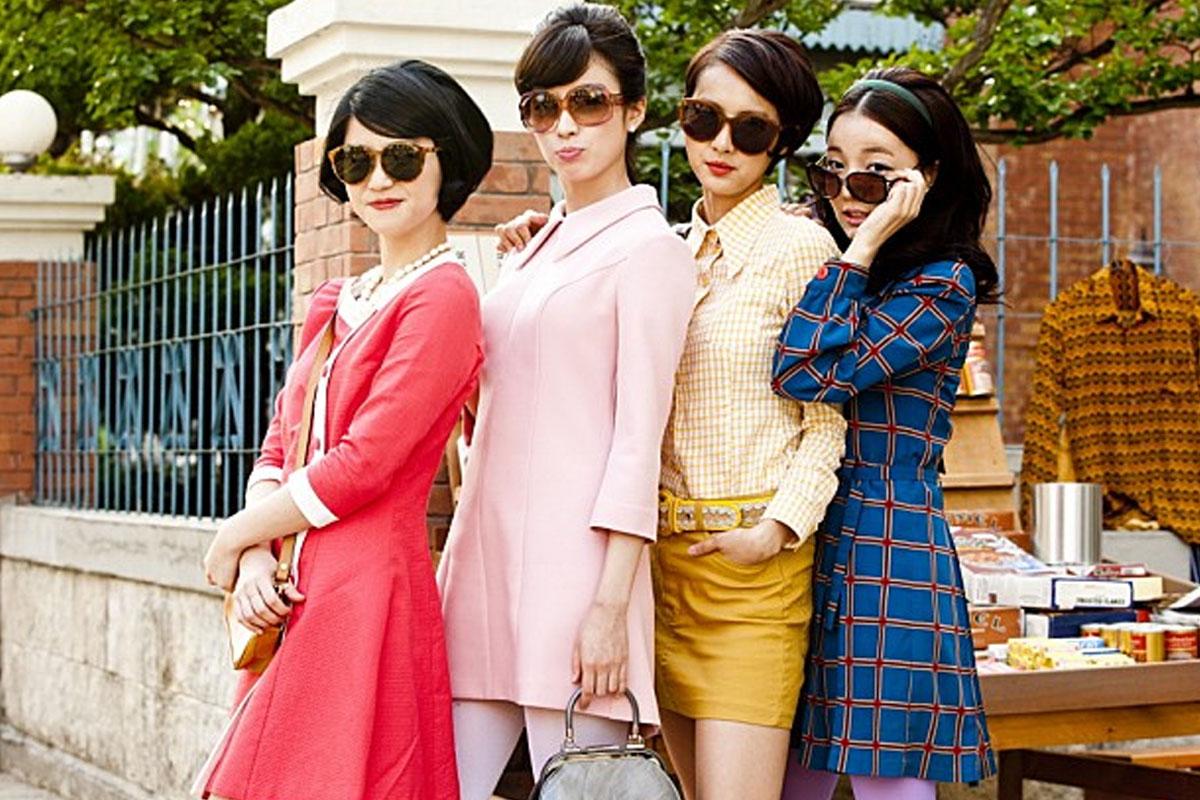 In 1967 Yoon Bok-Hee, a famous actress of the time, returned dawning a miniskirt that she got during her time in the US. As a result, miniskirts gained popularity in Korea. However, at the time, miniskirts became the subject of strict government regulations, even bringing into consideration the length of the skirts, since they were hindering social customs of the time.

This period of time not only signaled a change in fashion trends, but a transition in the way that people actively started expressing themselves through the clothes they chose to wear. 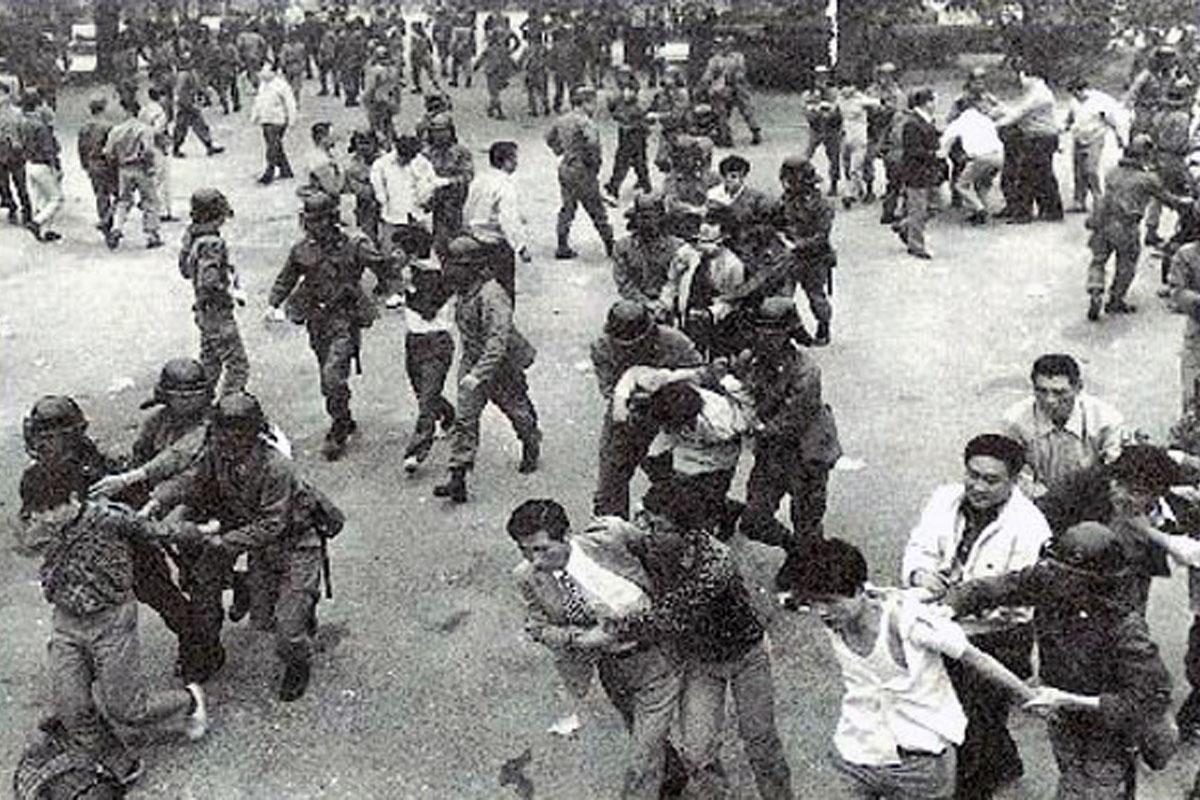 This period of time marked a time of struggle for the fashion industry. As a result of the October 1972 Restoration, the atmosphere of expression was not being nurtured at all. President Park Junghee was determined to establish a long-term power and stability in Korea, and consequentially, that brought ultra-constitutional emergency measures to be taken.

The clothing industry was severely impacted as fashion shows were restricted from TV broadcasts, slowing down the the growth of the fashion industry all together. 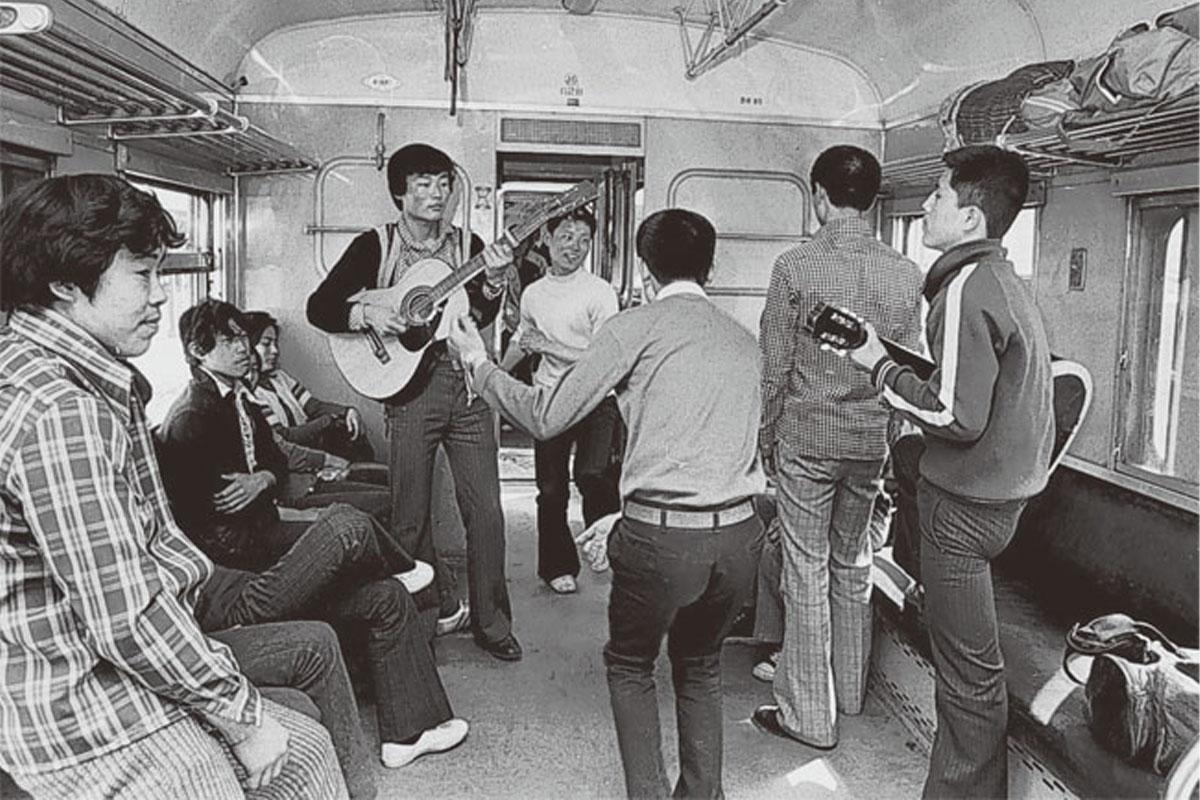 Just like many other parts of the world, hippie fashion because popular in Korea as well. The younger generation grew out their hair, played the acoustic guitar, drank beer, and sported their favorite jeans. 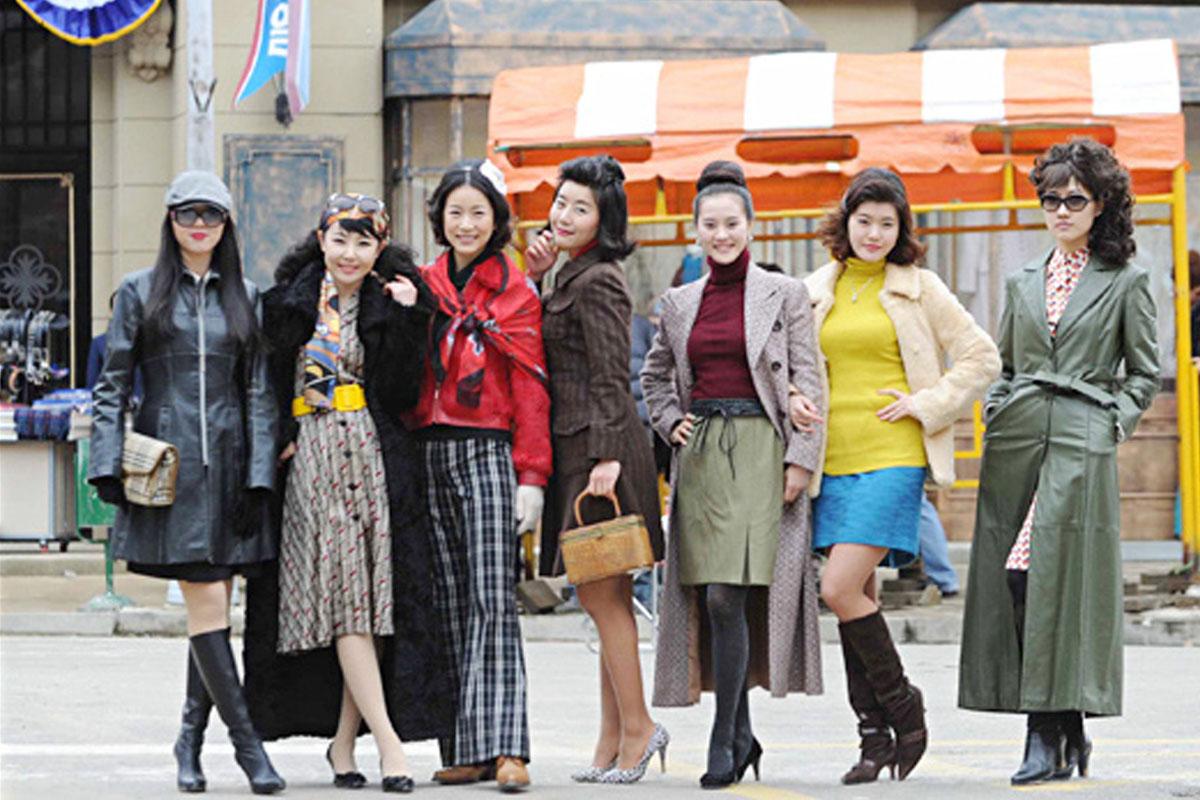 The trend of androgynous fashion became widespread as wide leg pants and platform shoes took over. Men and women enjoyed the trend of bell bottoms, dress shirts, and t-shirts during this time, making it hard to distinguish male and female fashion trends. 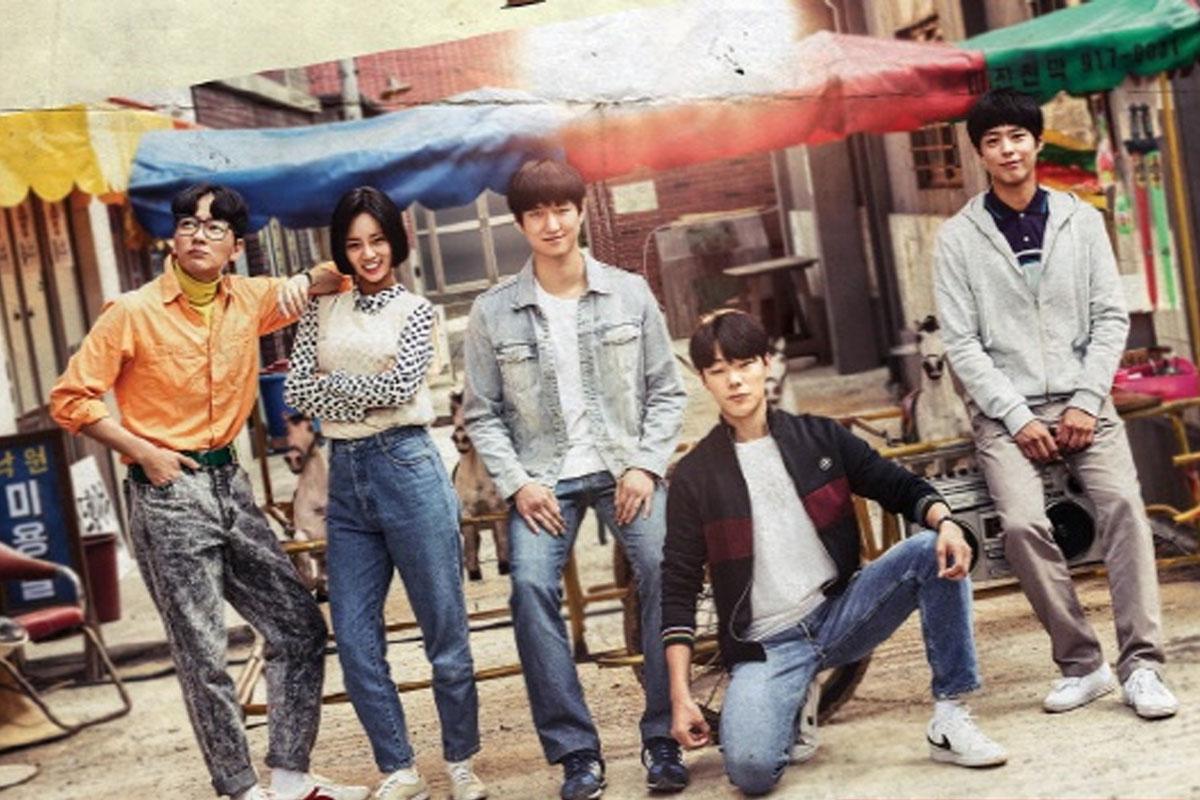 This a fashion period that was captured well in the popular Korean drama, Reply 1988. The retro style, along with the explosive economic growth of the time, brought on a rapidly changing society in Korea. The emergence of color TV, women culture magazines, and fashion magazines helped diversify fashion as society began to modernize at a rapid rate. 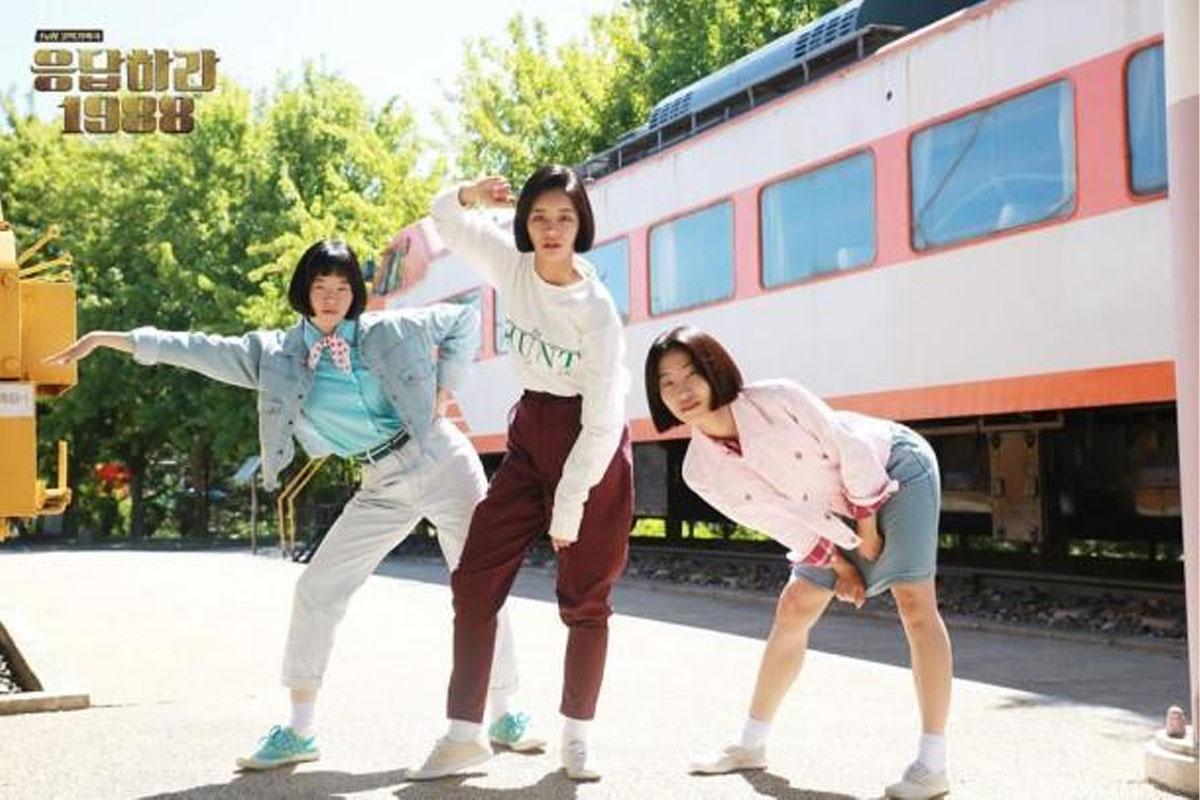 In the 1980's, an era of casualness, brought in individualism which was being expressed by the upcoming youth. Fashion became an outlet to express themselves outside of the conformity of their school uniforms.

In 1983, the 'punk' fashion also gained popularity. The looks became more and more diverse. From the grungy looks of punk fashion to luxurious fashion, you could see it all. Women were emphasizing their femininity by wearing men's jackets and coats. In particular, pants became very popular, especially disco and wide pants. 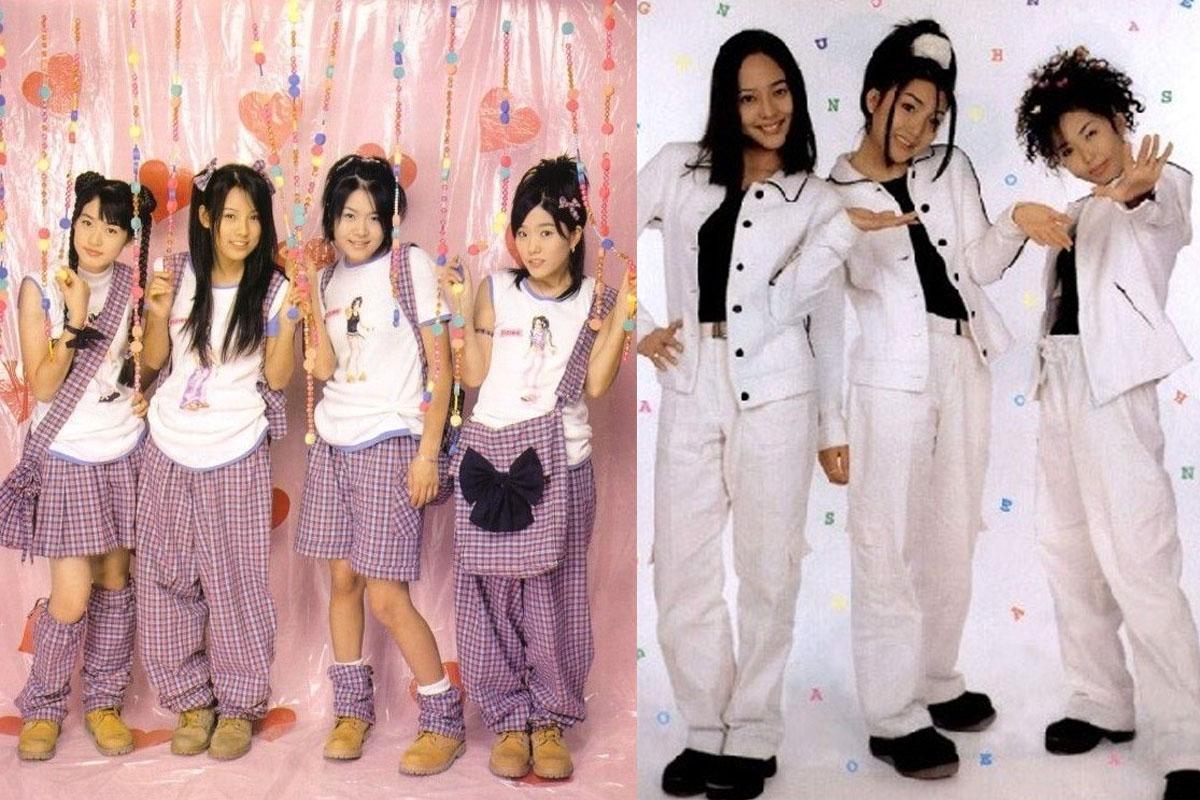 At this point in time, the Korean economy was booming, so people had more money to spend as a result. Women rights were increasing as society advanced and fashion came alont for the right. Celebrity fashion also impacted the trends of the time as well. 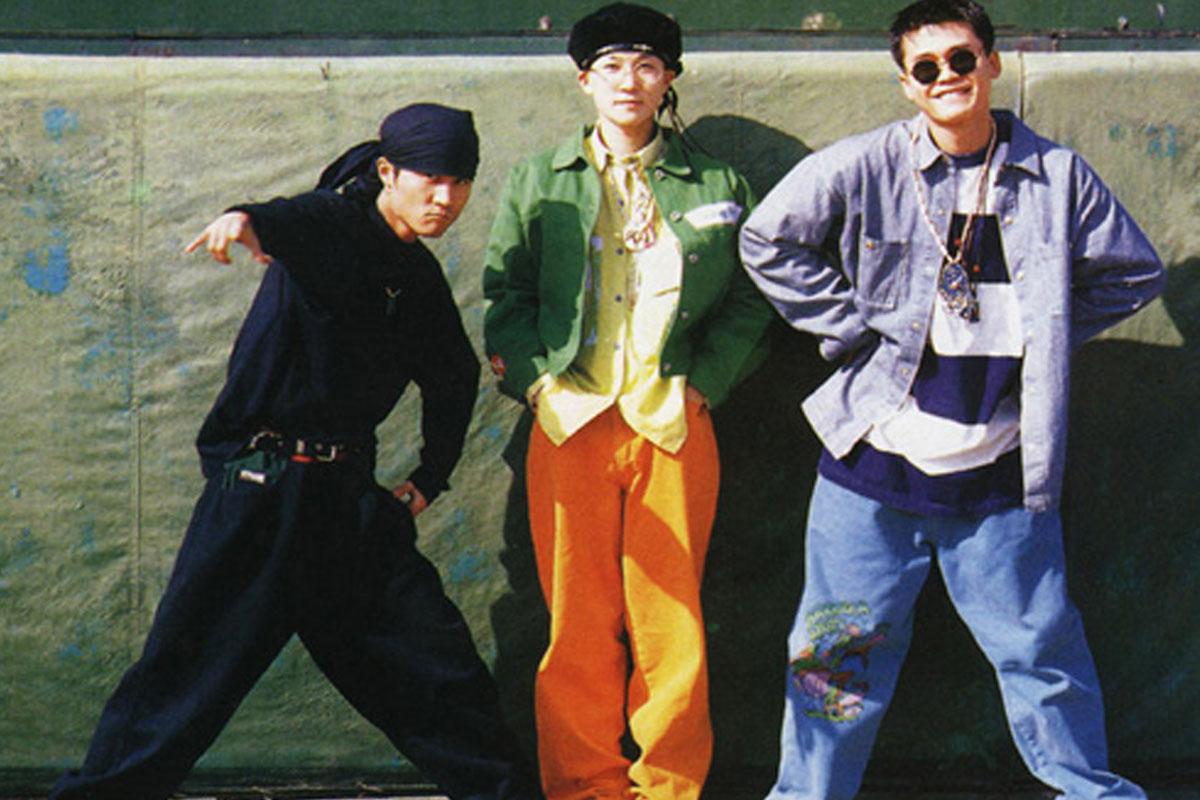 With Seo Taiji and Boys at the center of the country's attention, loose clothes and bucket hats took over the scene. The unfamiliar but exciting American hip-hop culture spread nationwide.

From the early 1990s, some fashion designers began to expand overseas, and in 1990, they established fashion groups like the SFAA and in 1992, the NWS. 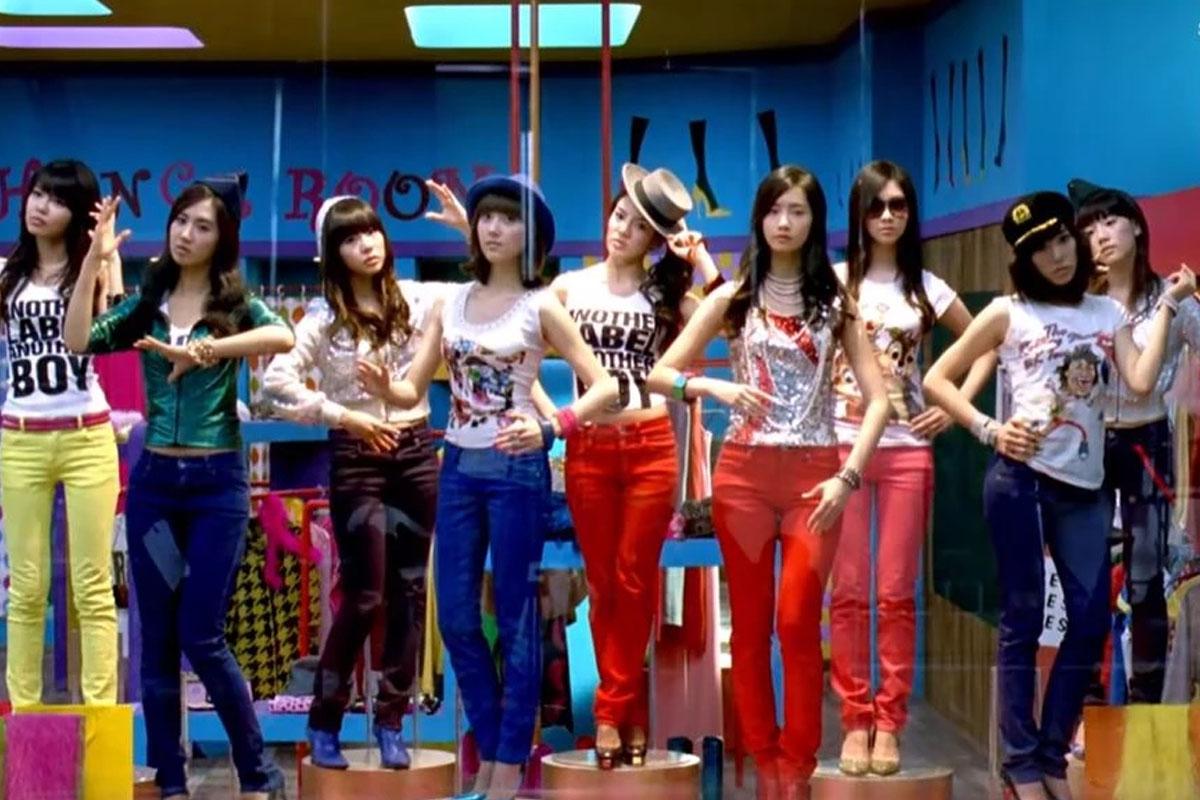 In the 2000s, fashion became unpredictable. New styles were created with mixing or fusing together unexpected elements. People wanted to stand out so they wore things that deviated from traditional fashion.

During this time, Dongdaemun Fashion Town also played a pivotal role in the fashion industry when online sales exploded due to the establishment of Internet culture. People no longer had to go to buy clothes in person. 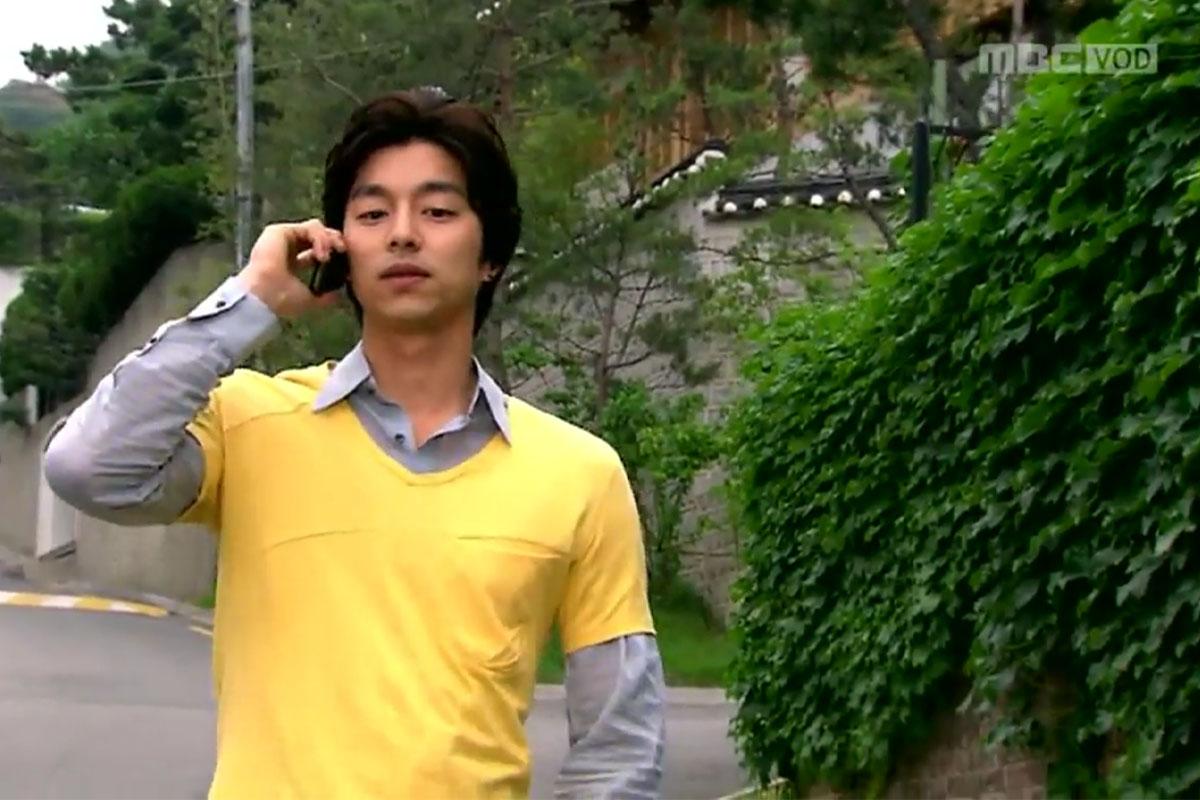 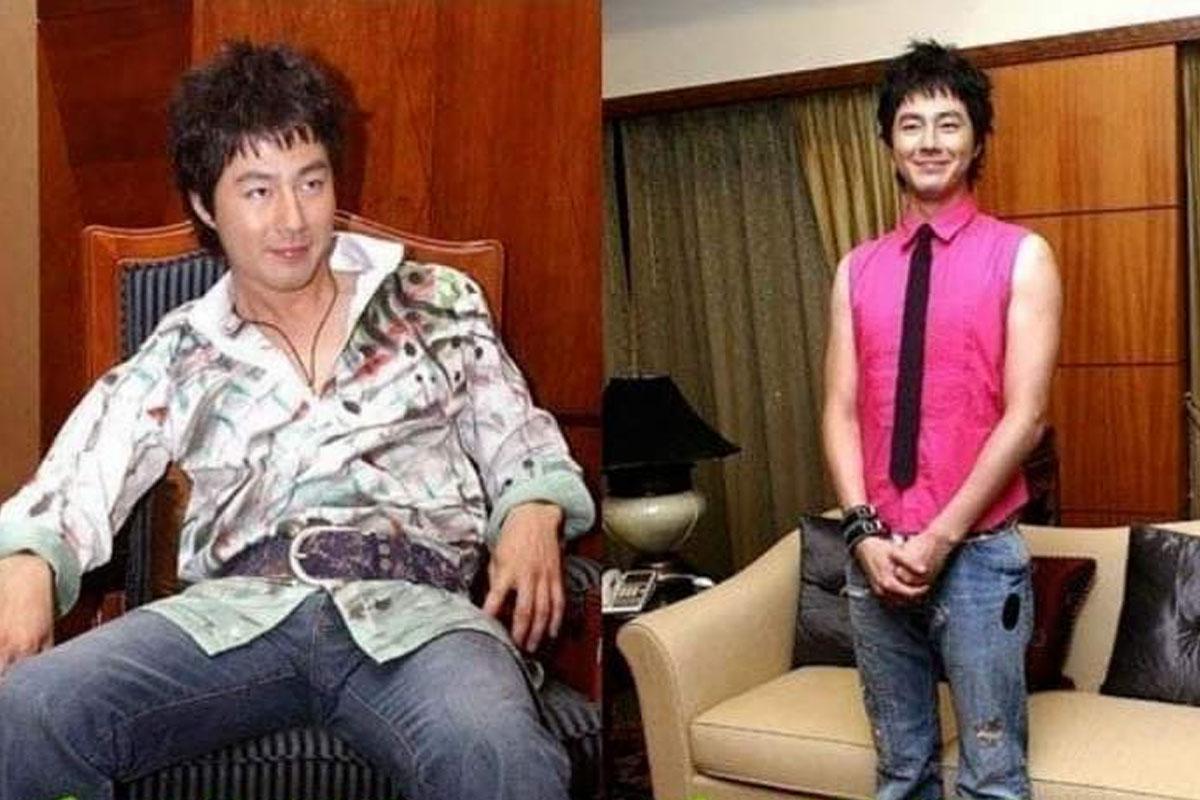 Have you seen any dramas that were filmed during this time? It can be a bit shocking to see the fashion that was in at the time. This also a time where Gong Yoo and Jo Inseong were at their peak so you couldn't go anywhere without seeing them. Some would argue that is still the case with Gong Yoo 😂 (From Terra and Kanu ads to Homeplus) 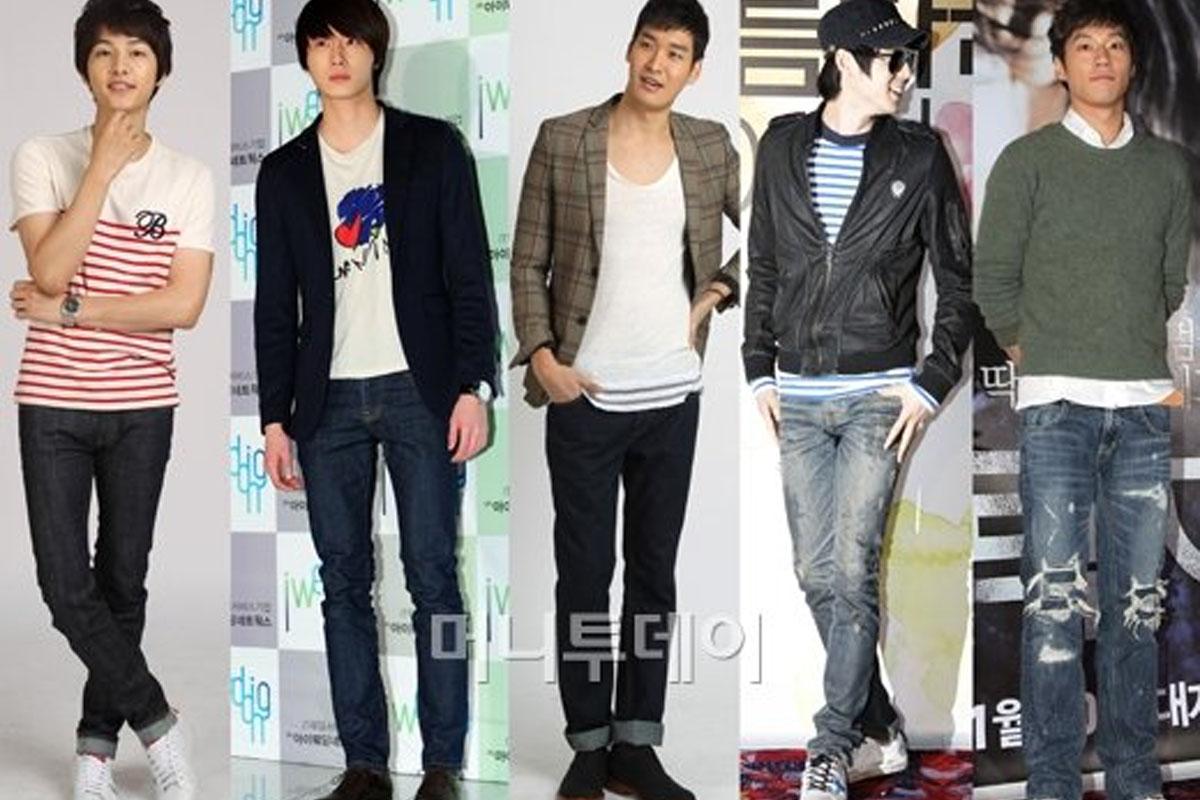 In 2010, individuality made a big impact on fashion, causing it to diversify even further. Regardless of gender, everyone has found a way to express themselves through fashion.

Retro and modern styles have found their way into the main stream. Many don't care what the trends are and simply wear what makes them comfortable. 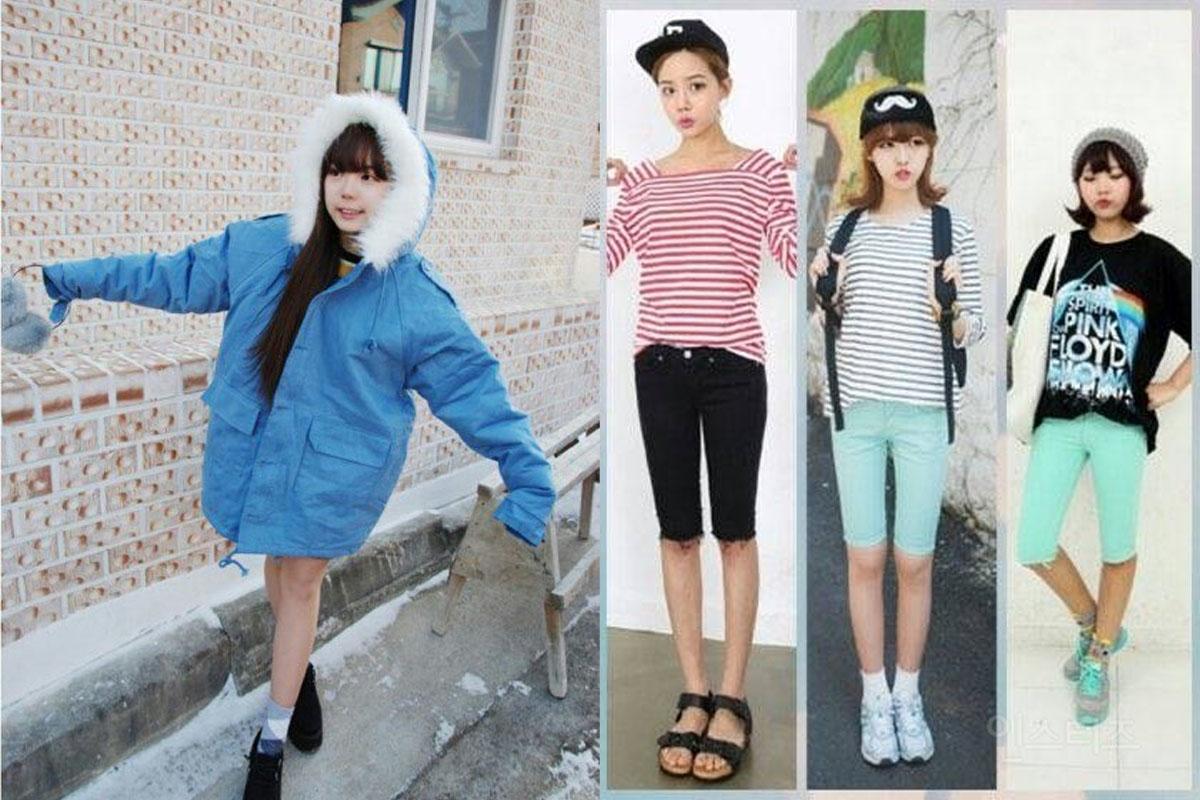 Amongst students, everything from shorts with the word PINK written across the back to mint-colored bermuda shorts could be seen in day-to-day fashion. While many loved the brightness of these outfits of the time, others felt intimidated at the the thought of standing out so much. 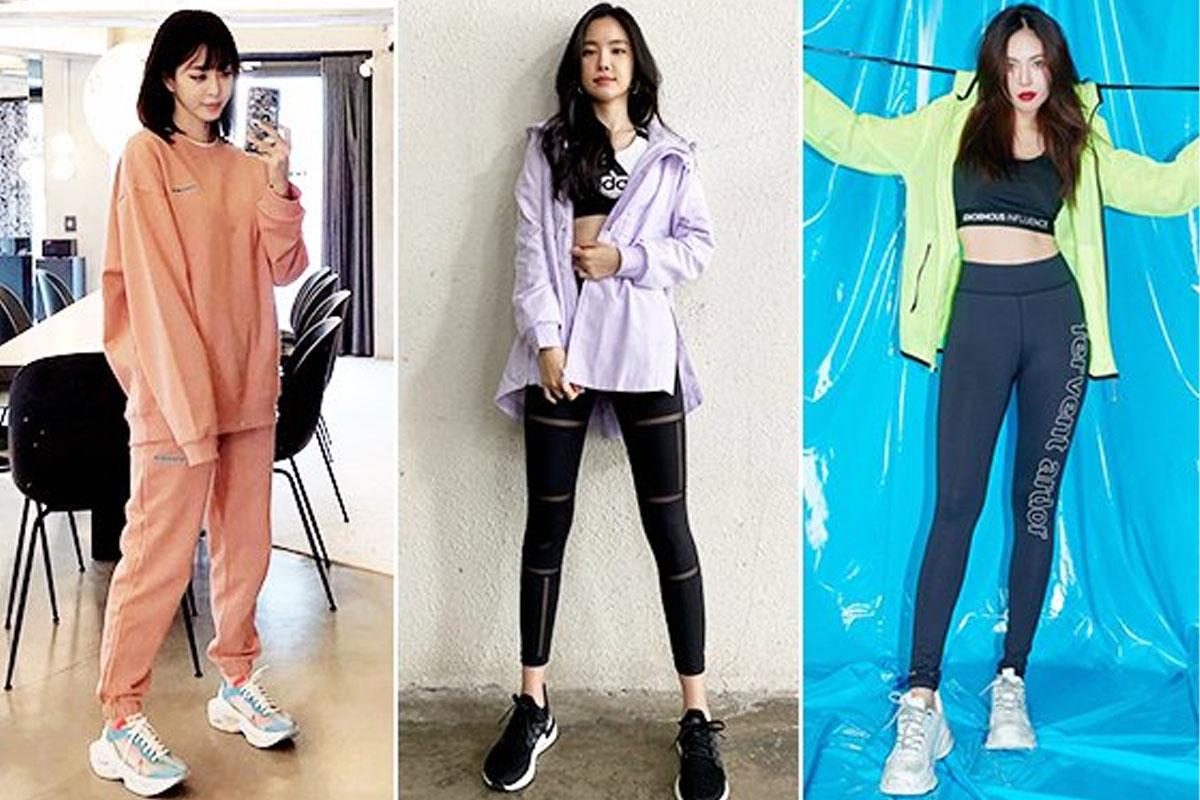 Also with the popularization of fitness and various sports like golf, athletic fashion became more mainstream as well. Workout clothes were not only for the gym, but could be seen as everyday fashion as well. Not only that, but no longer were people dressing in large t-shirts and baggy shorts, but color-coordinated outfits that could make you second guess where you were.

Fashion with Sophistication and Comfort in the 2020s 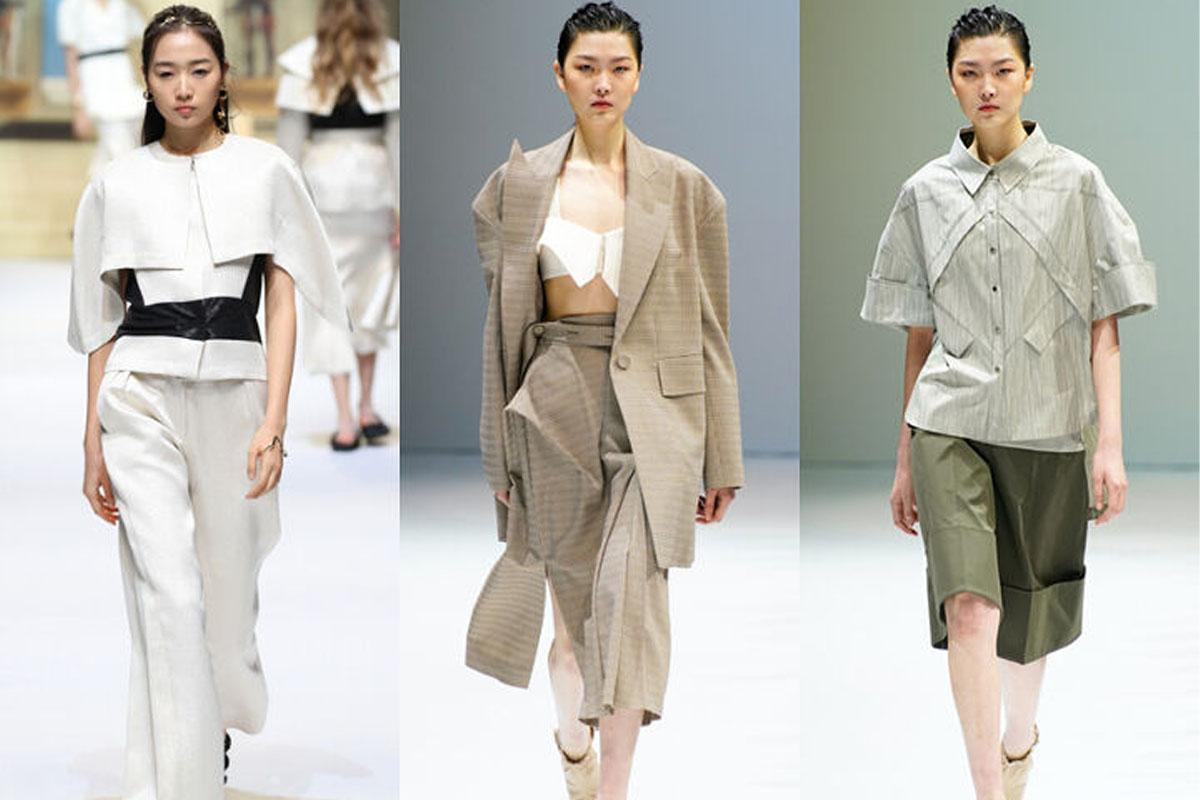 Now we've caught up to current day fashion. Today in Korea, you can see a combination of stylish, yet comfortable fashion. It is also a period in time where Korea is not just following trends from the influence fo other countries, but making its own waves as a thought leader in fashion. From high-waisted bottoms, to washable jackets, all with the comfort of the wearer in mind.

Suits have become better fit, but also shorter as well. 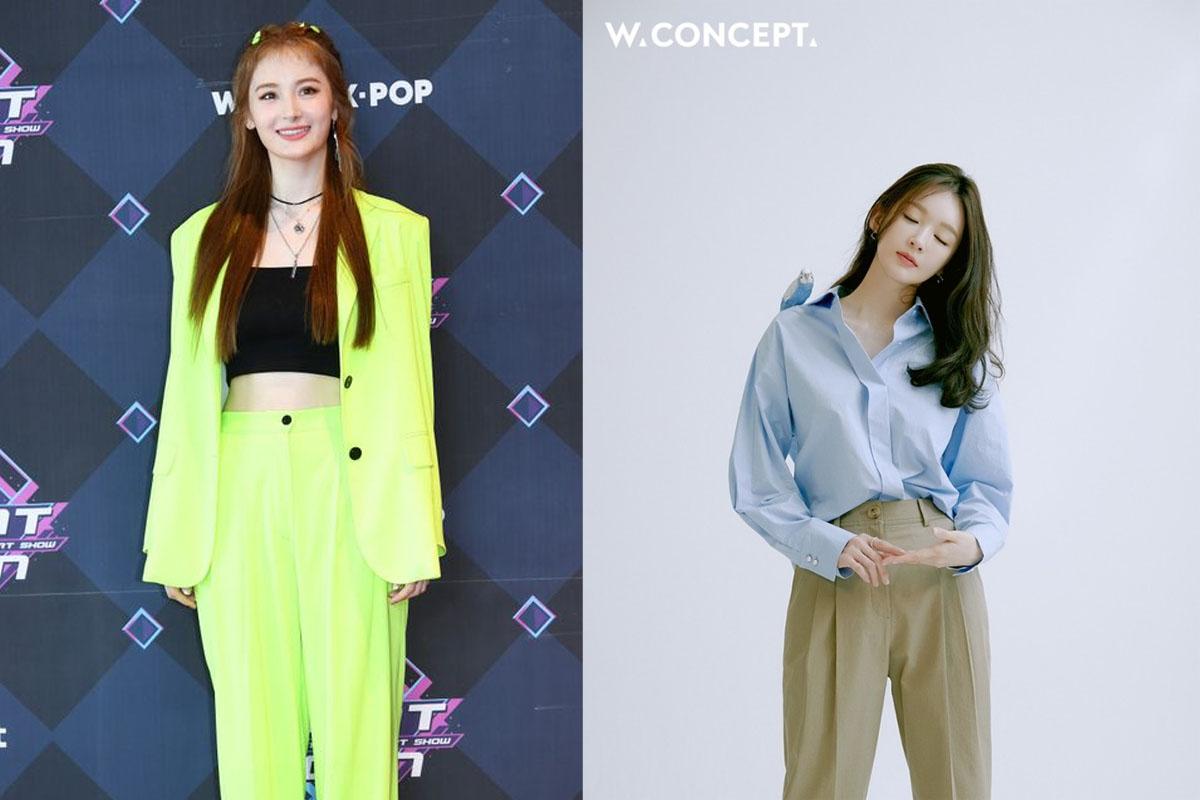 Another trend that emerged in 2020 is the adaptation of neon and fluorescent colors being worn. And in 2021, a combination of shirts and high-waist slacks became more common as they are easy to coordinate and comfortable to wear.

And that has been our review of Korean fashion through the ages. What do you think? How many looks were you fascinated by? What do you think of history's effect on the trends of the time? Do you see any trends that occurred in your country as well? Let us know in the comments what you think!