Sweet Home on Netflix is finally up! It has become instantly popular and fans are already clawing for season 2! 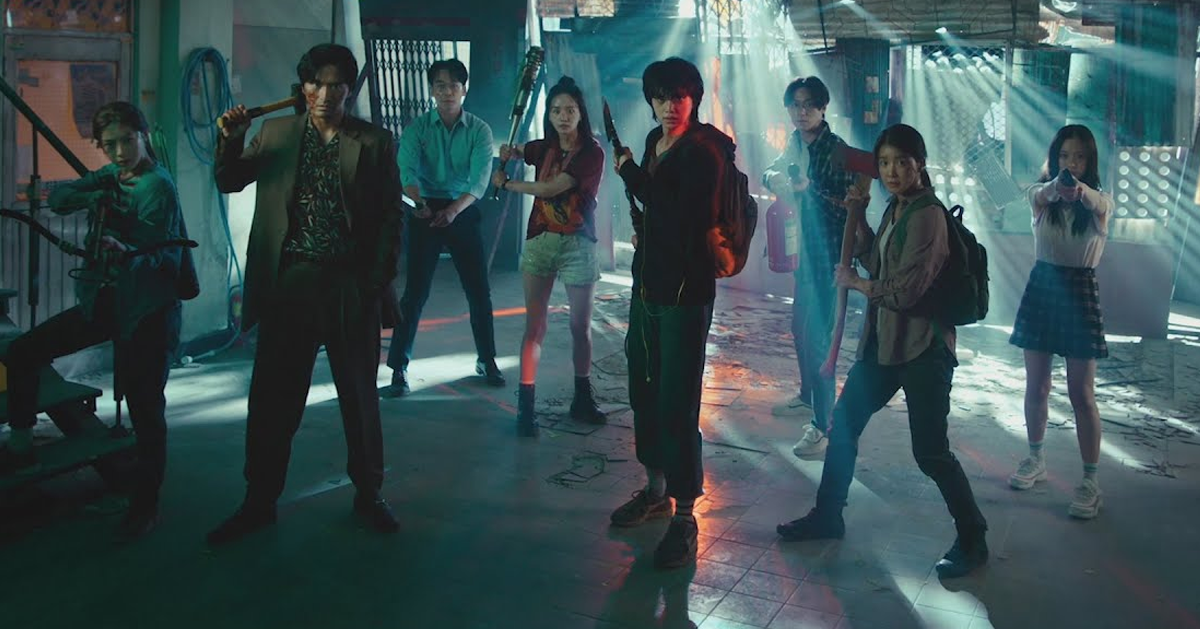 *Warning: Graphic scenes and spoilers are included in the article.

This new thriller series, which began airing on Netflix from December 18th, is based off a webtoon of the same name. It is already picking up steam through word-of-mouth and is benefiting from tighter Covid restrictions as viewers have to stay home more.

With the Christmas and New Year's holidays coming up, it could be a good time to sit back, relax, and watch this meteorically rising drama.

Since its debut just a few days ago, it passed another extremely popular drama, The Uncanny Counter, to become the most popular drama on Netflix in South Korea. Here, we've assembled a quick introduction to some key members of the ensemble cast. We can't wait to talk about them and their adventures through the monster-infested city.

Finally, we'll also be happy to talk about some of the foreshadowing we've noticed already that hints at what to expect in season 2!

Cha Hyun-Su has been bullied for a long time and acts like a recluse as a result. He tragically loses his entire family in a car accident. He moves to Green Home, which is more affordable.

After climbing to the roof and contemplating jumping off, a young girl practicing her dance moves on the roof convinces him not to.

So he returns to his room and learns he won a contest to be a video game tester. From then on, the earth-shattering events of the monster apocalypse unfold. The entire Green House was suddenly barricaded. The residents tried to break out, only to find an inhuman monster standing outside the door. Before there was even time to react, the monster killed a resident.

But after driving the monster out, it became clear that that wasn't the only monster inside the apartment. Humans can turn in to monsters after they've been "infected." In Sweet Home, Cha Hyun-Su is the new Green House resident, but he is actually just a high school student. Just as he was about to commit suicide, something happened that forced him to postpone his suicidal plans.

At the same time, the outside world underwent an earth-shaking invasion. He began to have nosebleeds and auditory hallucinations.

After checking the Internet, he discovered that these were apparently symptoms of infection.

Will he become a monster? Will he be able to stop the real monster in Green House? Cha Hyun-Su is crushed and wants to die, but he has a warm heart that still retains a touch of human sensibility and rationality.

Therefore, he also decided to hold on to weapons and fight the terrifying monsters with all the residents. Pyeon Sang-Wook's back story gets revealed slowly throughout the series.

Initially, our only impression of him comes from his scar and the fact that other characters refer to him as a "gangster." But actually, he got the scar from rescuing someone in a burning building.

After the monster outbreak, we could see he had a proclivity for saving and protecting others, and as the events continue to unfold, we see him communicate and connect more despite his initially cold and rough exterior. This character, Seo Yi-Kyung, was not in the original comics. In the drama, she is a strong female firefighter, but her fiance passed away the day before the wedding.

In Green House, due to her professional instinct and training, she quickly helped everyone to drive away the monsters and became an indispensable part of the team.

However, the death of her husband does not seem so simple... Lee Eun-Hyeok is the self-appointed captain of survivors. Although young, he has superior leadership and wisdom.

He originally went to medical school, but because his sister wanted to learn ballet, he dropped out of school to help his sister fulfill her dream.

In Sweet Home, he is a charismatic leader and immediately forms a bond with Yi-Kyung, the firefighter, to lead the frenetic group of survivors.

No spoilers, but he plays a pivotal role in the final episodes that all but confirm the necessity of a second season. Park Gyu-Young, who is coming off a great performance in the popular It's Okay to be Not Okay, plays the charming bassist Yoon Ji-Su in Sweet Home.

She carries a lot of pain in her heart after encountering her boyfriend's body after he committed suicide, but thanks to her friendship with Jae-Heon, a katana-wielding religious man, she finds comfort and safety. Although Jung Jae-Heon is a devout believer, he holds a samurai sword that contrasts with the bible in his hand.

He plays a very important role in the Green House, helping everyone to fight off the terrible monsters, and artfully interacting with Ji-Su. Lee Eun-Yu is Lee Eun-Hyeok's younger sister. She acts a bit like a brat and is rude and ungrateful to her brother despite his sacrifices. But deep down, she has a soft heart that slowly comes out.

She is probably the most stiff character in Sweet Home. She even responds to Hyun-Su's suicide attempt by saying that he shouldn't do it because it would inconvenience other people. Resident No. 1408, Han Du-Sik, lives on the same floor as Hyun-Su. He used to be a prominent soldier, but is now only a wheelchair-bound veteran.

He has considerable expertise in weapon research and development, and is a very important figure in the defense of the apartment from the monsters. Park Yu-Ri is quite kind and has a good fighting ability. She takes care of the elderly An Gil-Seob for a long time, but can't save him forever.

She has professional training in providing medical care, which is quite useful. An Gil-Seob is a terminally ill patient living in Green Home who is supported by his caregiver. He is outwardly mean, but very kind around children.

Differences Between The Webtoon And Drama 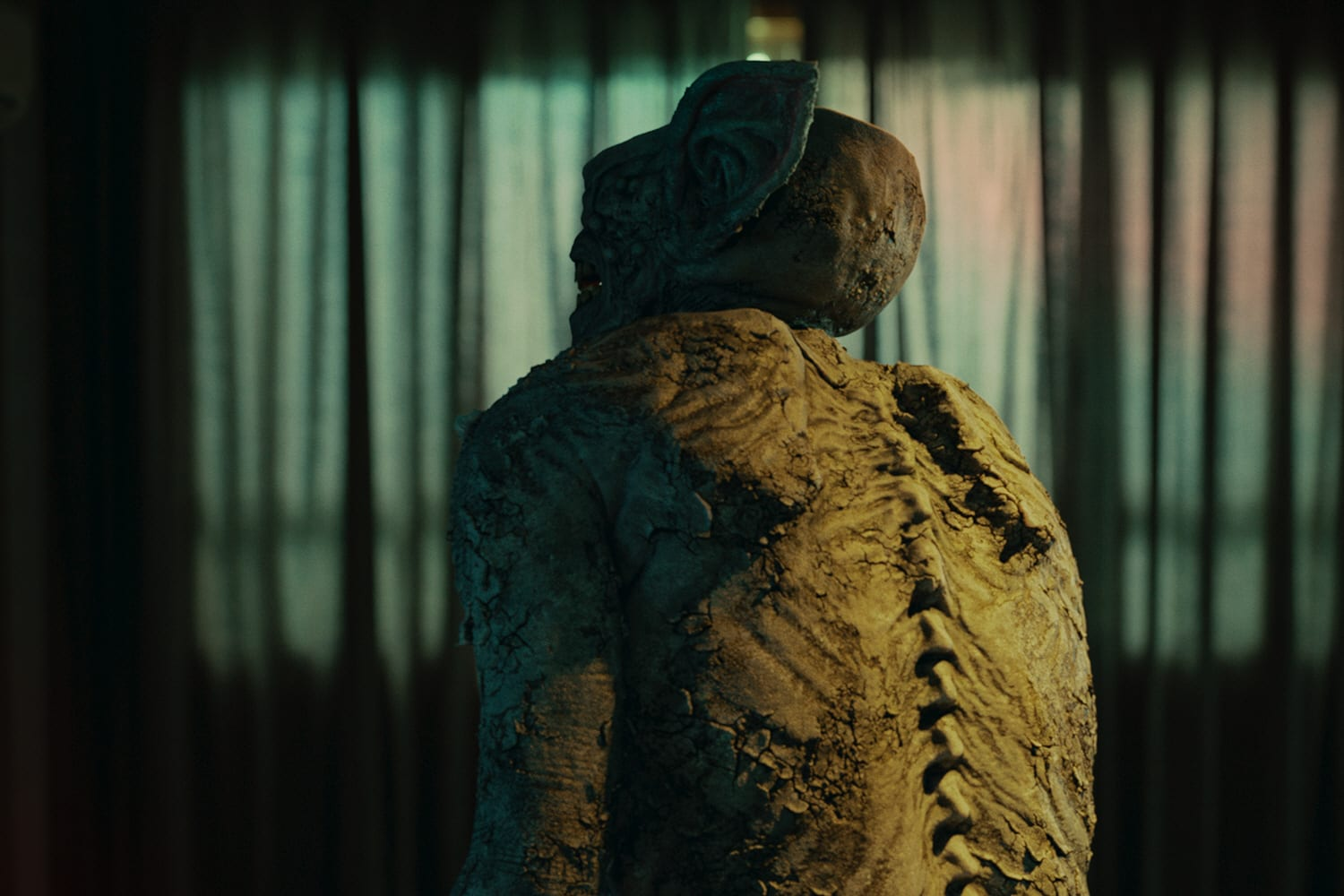 Apparently, those who did not read the comics have taken a vested interest in the drama. They are excited to see a more grisly offering instead of a standard love-story. But fans of the original webtoon claim that the drama has cut out a lot of fight scenes with the monsters to make more room for character development.

Even so, the cast is too wide and sufficient time can't be balanced appropriately, so the characters in the webtoon were actually more fleshed-out and complete. Perhaps the lack of fight scenes between monsters and humans were cut due to budget concerns? It's hard to say.

But it is standard fare to expect television dramas to spend more time on character development as they have a limited time and a limited number of episodes to tell a story.

On the flip side, webtoons have an essentially unlimited amount of time and issues to tell the story they want.

The Monsters Are Inside Us What is more scary, a predictable blood-sucking monster or an unpredictable human willing to do anything to survive?

It is a common theme for horror movies and thrillers to explore: are the monsters without or within? Sweet Home is no exception.

Even in the relatively safe Green Home apartment, the survivors are willing to do incredible things to survive and constantly test each other's patience and convictions.

In fact, in Sweet Home, the cause of infection is "desire." Hyun-Su got infected due to his desires. So does the woman who lost her baby.

As the drama progresses, many characters begin to turn into monsters after they begin to surrender to their desires, perhaps none more vilifying than watching the abusive supermarket man begin to turn. Everyone gets overcome by desire for different reasons.

When the supermarket man asks Hyun-Su how he is able to control it and not turn completely into a monster, Hyun-Su tells him he has to, "get a grip on your mind ." He means you have to be able to control your desires rather than let them control you. After a person is infected, there is a period of time when he gradually becomes a monster piece by piece. This is referred to as the golden hour in the drama.

Because the human-turning-monsters don't have the full ability to regenerate themselves during their golden hour, it is also the only way for humans to kill them. In fact, in Sweet Home, these are very interesting questions.

What if, during the Golden Hour, he or she is also able to let go of their desires and clear their mind? Will that save them?

And at the end of Sweet Home, Hyun-Su said to another infected person, "There are monsters that don't hurt people," but the other person only asked, "Is there anyone who doesn't hurt monsters?"

Hyun-Su's mixed expression is meant to signal to the audience that this is a moment for deep reflection. After all, we are all humans. The monsters are humans. And humans turn in to monsters as a result of their uniquely human emotions.

So what's the lesson?

If humans are given the gift of being the most intelligent beings on the planet, but the product of that intelligence turns us into monsters, is it a blessing or a curse? Are we really that intelligent and better than other creatures at all? Anyone who watched the series all the way through (or plan to) may be a little disappointed with the ambiguous foreshadowing at the end. Although there is no announcement yet regarding a season 2, the odds seem quite high.

We must find out what happened to Sang-Wook. Is he going to turn into a monster or not? Where is his scar?

We must find out if Eun-Hyeok is dead or not!

There are just so many questions left unanswered. And with the popularity of the series, we can bet that Netflix will be willing to renew this one for a second season!

Hopefully, you've enjoyed our compilation of details about the series. Have you finished it? Let us know what you think of it!