There are two sightseeing train options from Haeundae Blueline Park, the Sky Capsule, and Haeundae Beach Train. Read about our visit and recommendations for making the most of your time and money! 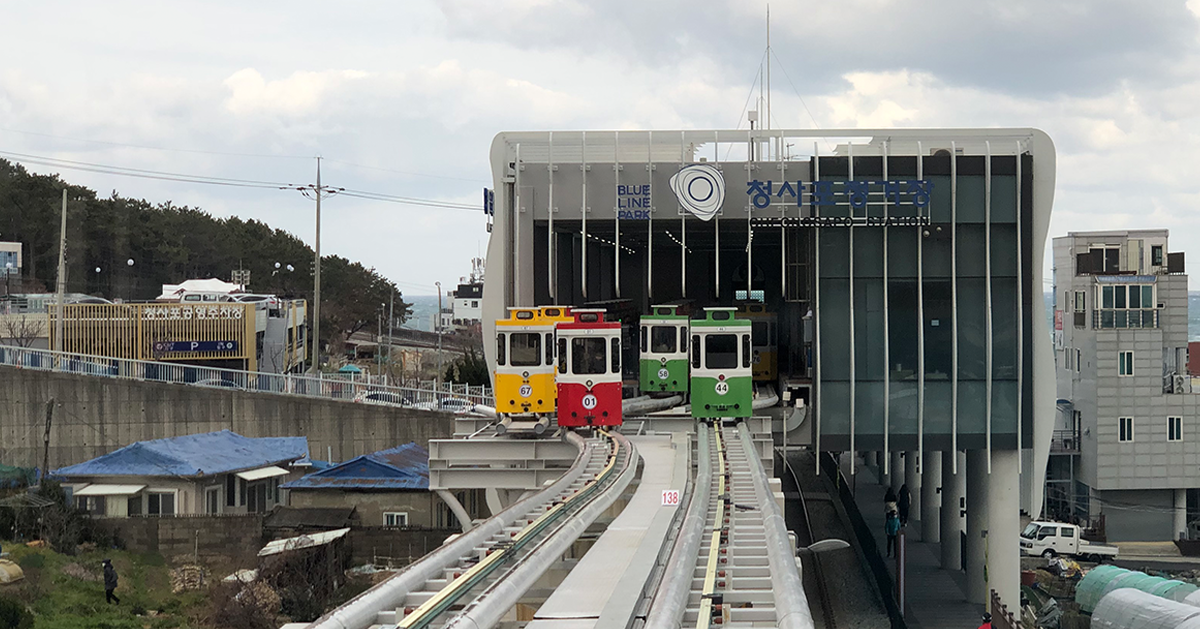 Formerly, the Donghae Nambu Line ran along the coast from Busan to Pohang. While most of this railway has been assimilated into the Donghae Line, there is a small section that has been renovated into the Haeundae Blueline Park.

We visited the Haeundae Blueline Park and wanted to share our experience with you all! Once travel resumes, we hope you all can visit yourselves!

If you head east from Haeundae Beach, you will come across a 7-Eleven and a small hill. Follow that hill and eventually, you will reach a pathway leading to the entrance for Haeundae Blueline Park. 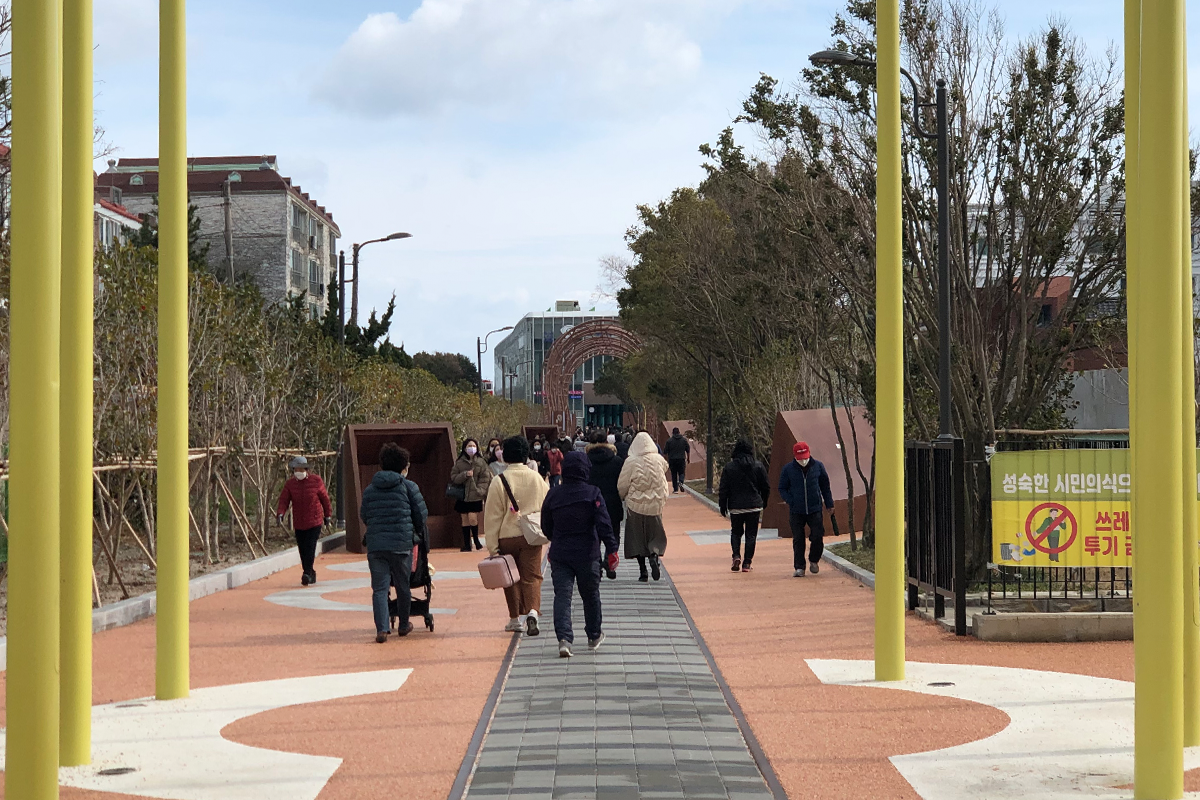 Eventually, you will find a path that leads to Mipo Station (미포정거장). This is the start of Blueline Park. Once you get here, we recommend you secure your tickets first.

Also, there are many cafes and a GS25 (convenience store) near the station if you are feeling hungry. 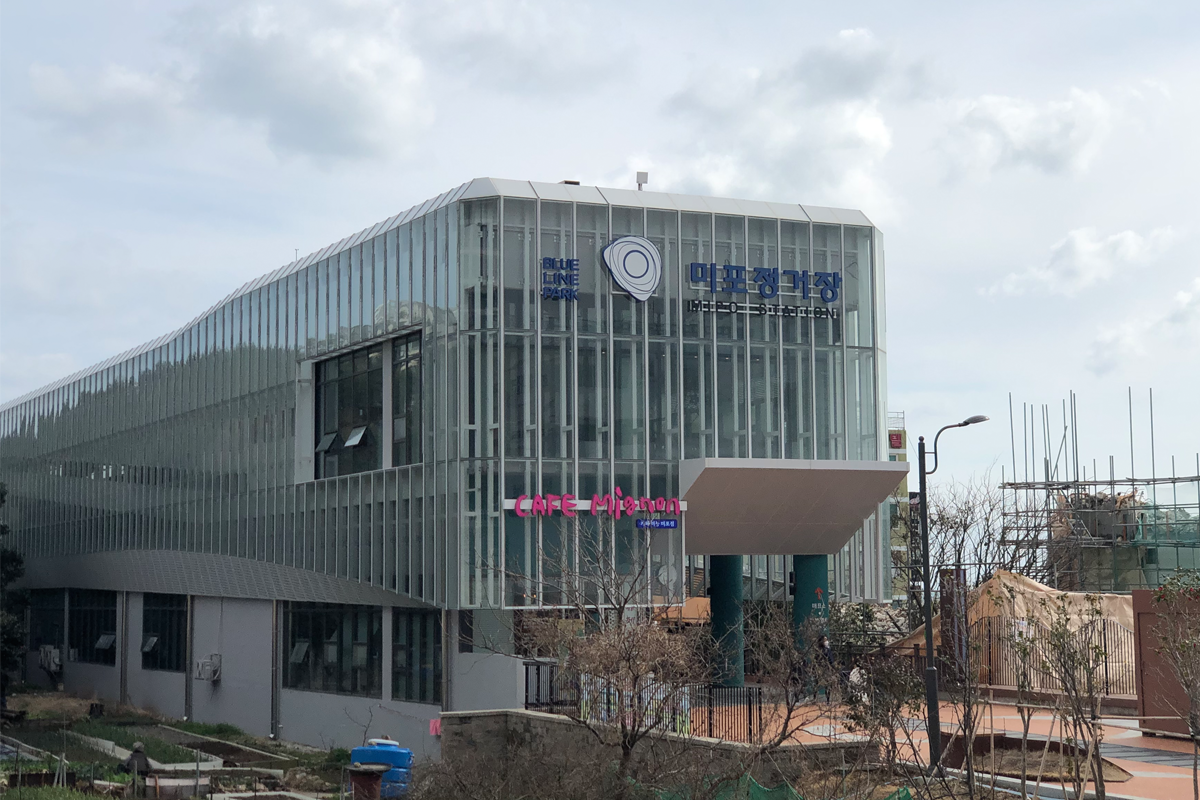 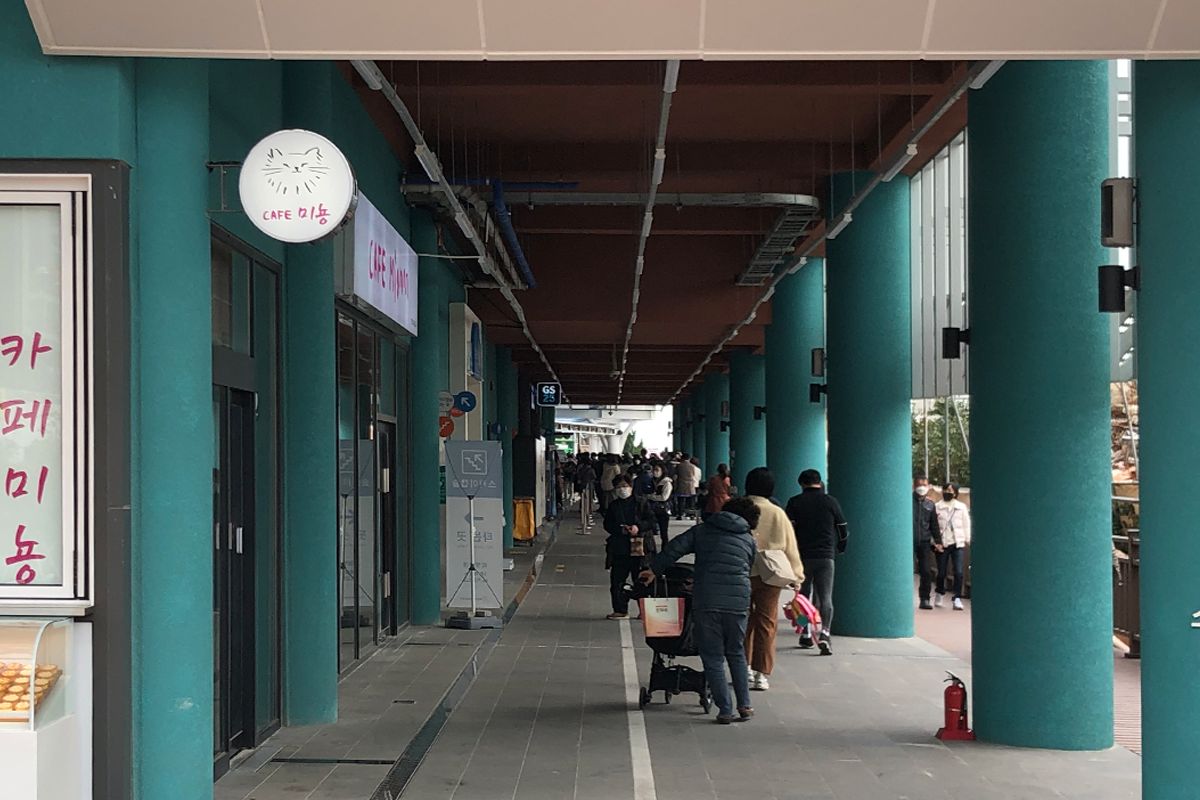 Ticket prices vary so we've converted that information into the table below.

To make the most of your time and money, we highly recommend you purchase the outbound ticket for the Sky Capsule and a return ticket for the Haeundae Beach Train. We will explain our line of reasoning later.

Note, the Haeundae Beach Train also functions as transportation and runs from Mipo to Songjeong. So boarding and getting off at another station is considered a single trip (one-way).

If you wish to hop on and off at multiple stops with the Haeundae Beach Train, you will need to purchase the "Free Use" ticket (re-boarding from the same station more than once is prohibited).

Also, if you are a group of two and only going one-way, you can buy the twice ticket option and it will be slightly cheaper.

The Sky Capsule only runs from Mipo to Cheongsapo. 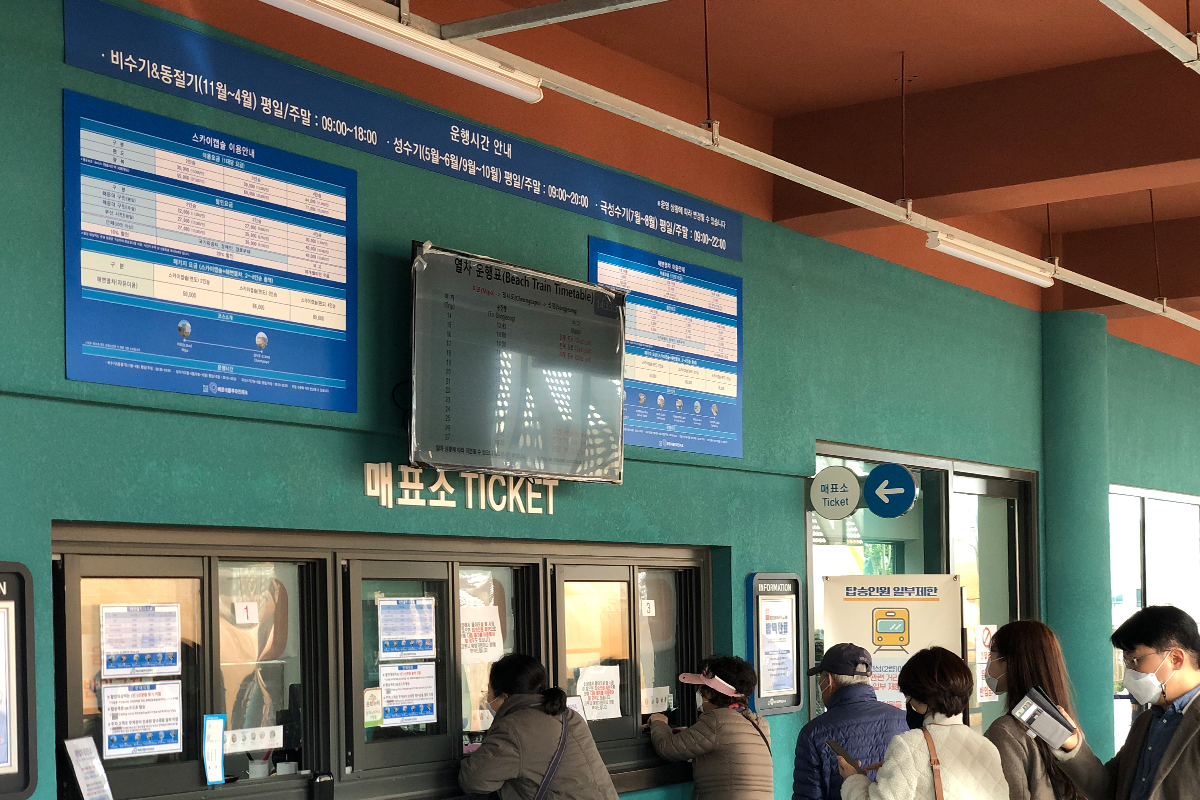 We initially bought a round-trip ticket for two people on board the Sky Capsule (₩55,000). After purchasing our ticket, we went upstairs to wait in line to board. 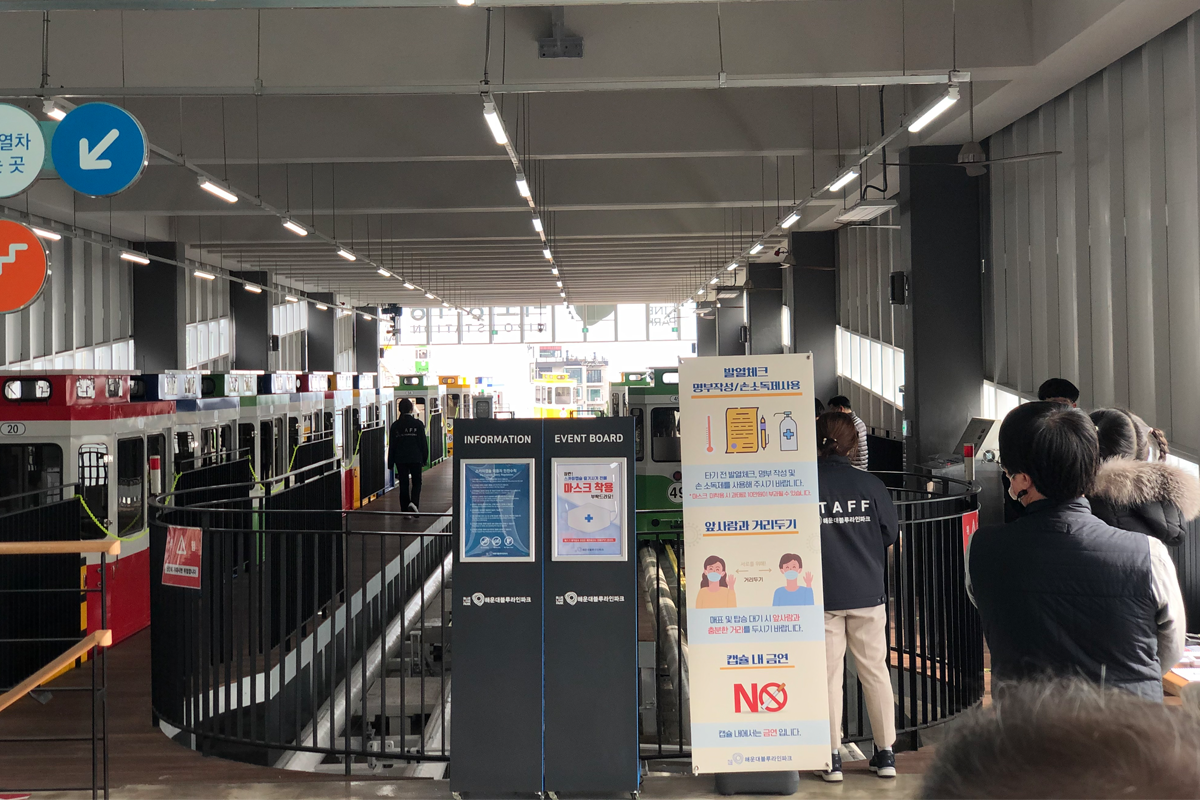 We waited in line for about 35 minutes. The Sky Capsules were colorful and cute. But, since it runs similar to a Ferris wheel, (getting on and off in the same place) the line seemed to go very slow. 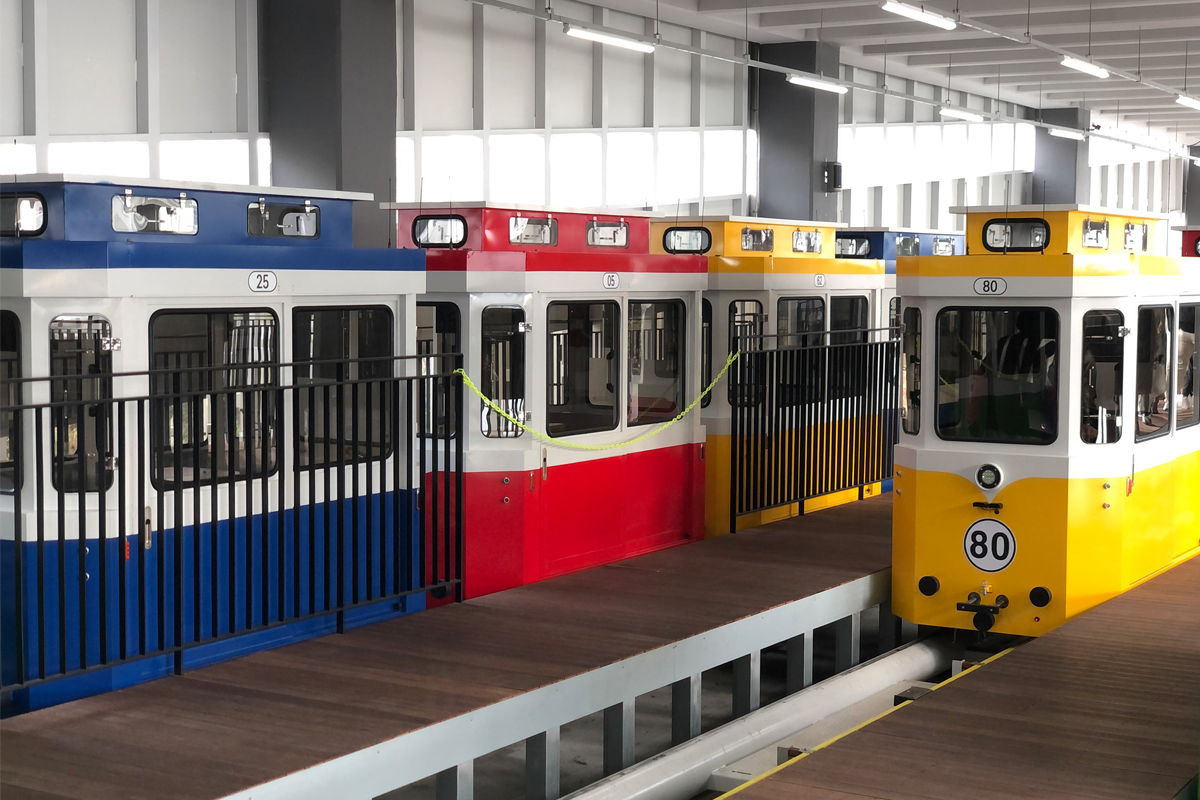 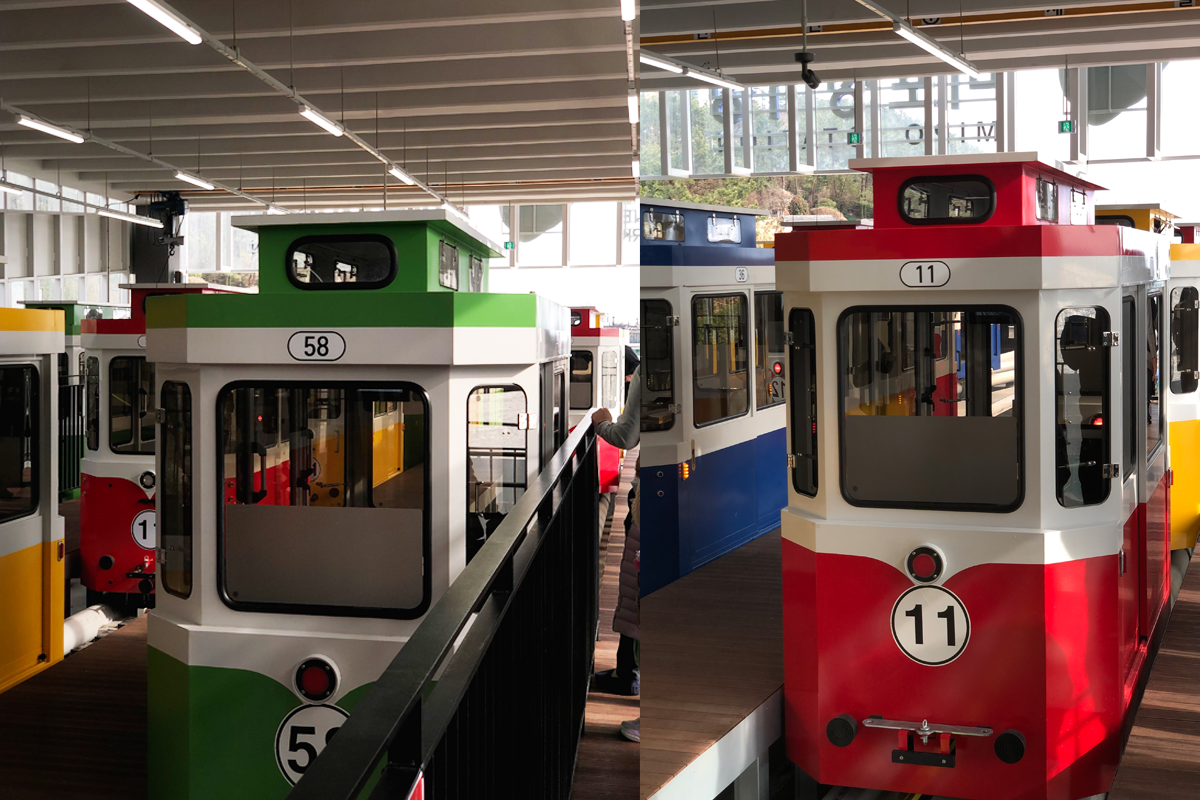 Since the Sky Capsule cars are fairly new, the colors (green, yellow, blue, red) are very vibrant, and the cars are in pristine condition. It felt very similar to a monorail in an amusement park.

When we finally got on the Sky Capsule, our first thought was, "Wow, this is so slow." In fact, we timed it and it took about 30 minutes to get from Mipo to Cheongsapo.

Then we searched how long it would take to walk the same distance it was also 30 minutes...

In all honesty, we were slightly disappointed with the speed because it wasn't what we were expecting. 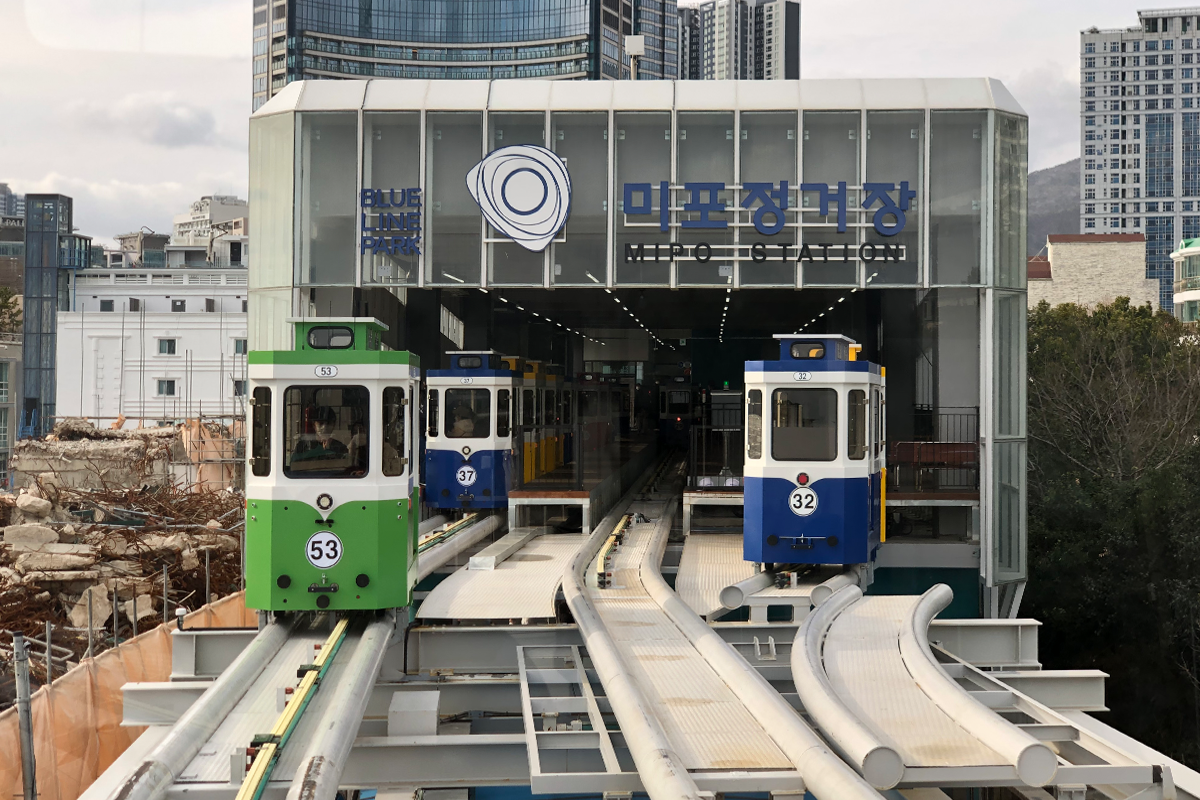 With two people, there is ample space in the car. However, we think having four people in the car would be pretty crowded.

The windows can be opened by hand, but the doors are automated so make sure to be cautious of loose items and hands. The scenery from Mipo to Cheongsapo was gorgeous. You can see trees, houses, and the ocean. So, do you all remember how we said we would explain our line of reasoning for the ticket purchase? 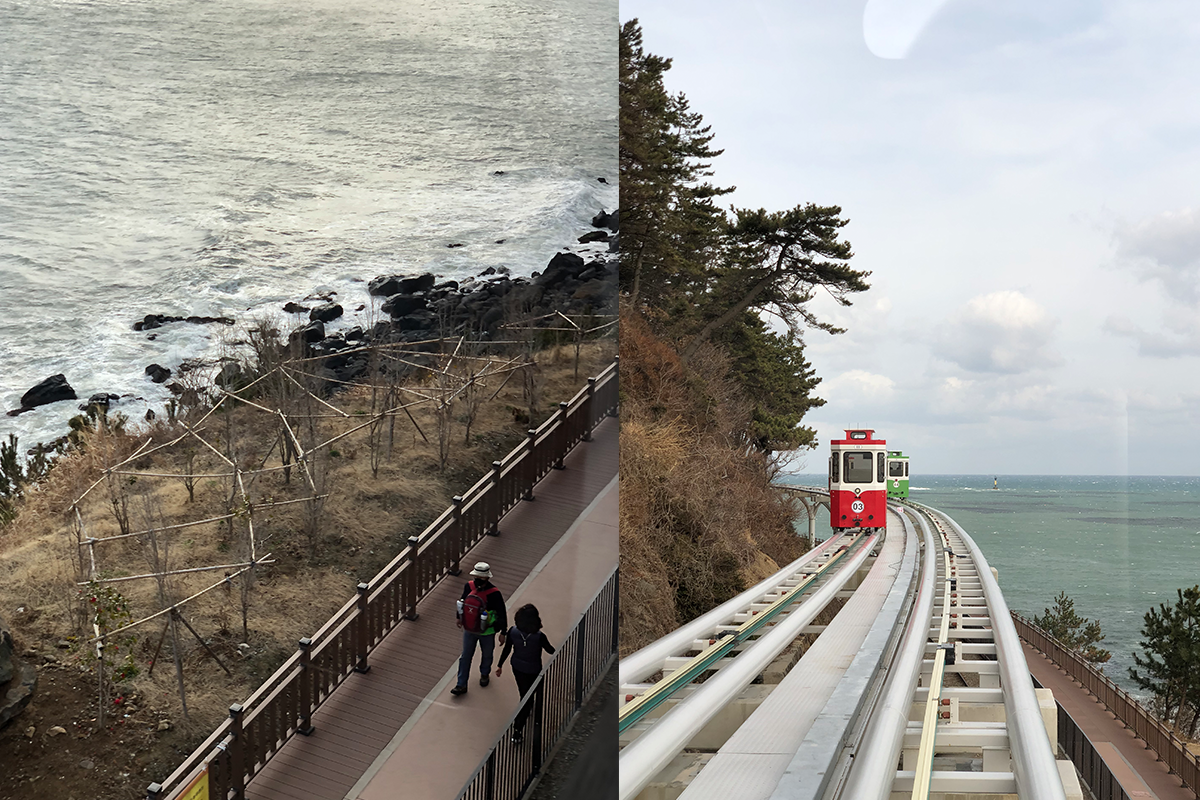 From the Sky Capsule, you can look down onto a walkway. This walkway (shown in the photos above and below) used to be old train tracks! When you see two lighthouses (one red, one white), this is when you know you are almost at Cheongsapo.

As you all may recall, we had a round-trip Sky Capsule ticket. But we collectively decided that the Sky Capsule was too slow, and since the view going back would be the same, it felt very redundant. As we approached Cheongsapo Station, we got ready to depart. Be sure to watch your step! As we departed, we were able to snap a photo of a Haeundae Beach Train also entering Cheongsapo Station.

There is so much to do at Cheongsapo, in fact, we have another blog dedicated to this location! 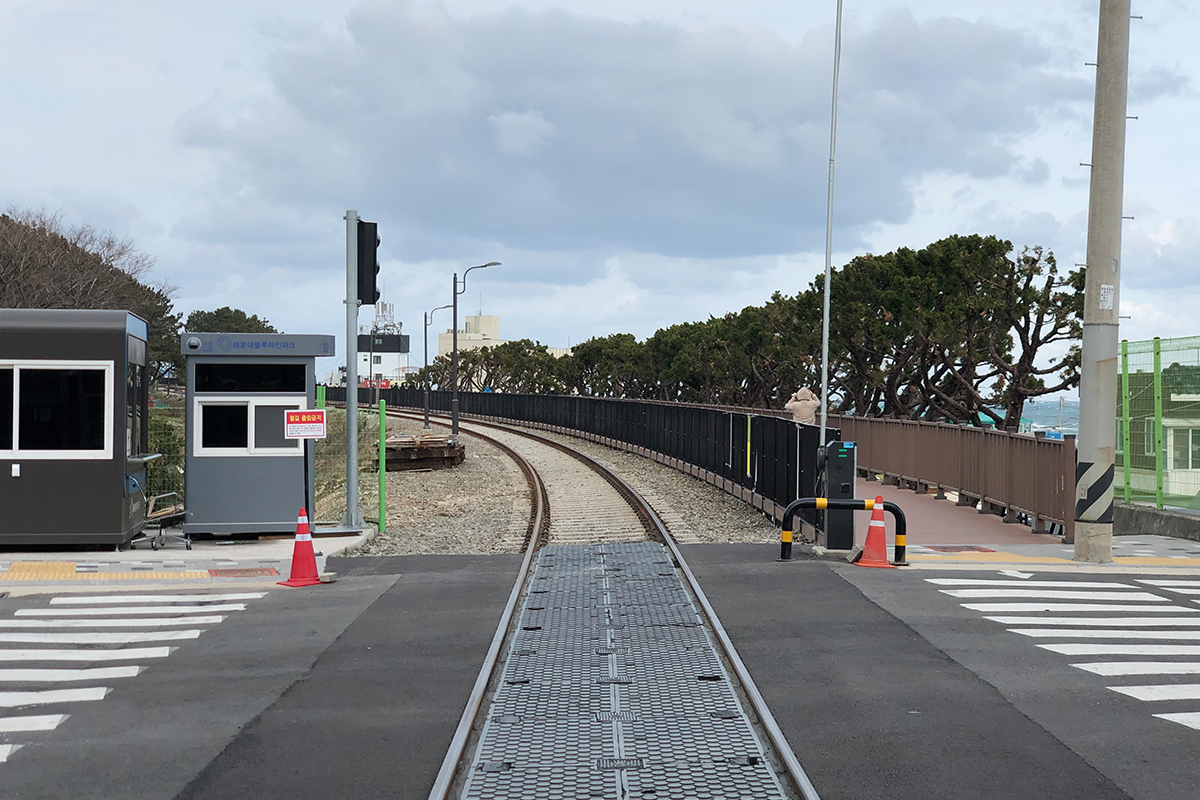 If you would like to travel to Cheongsapo, the Haeundae Beach Train is just one option. You can also walk or take a bus.

Since we did not wish to return on the Sky Capsule, we asked the staff at Cheongsapo Station if we could exchange our ticket to the Haeundae Beach Train.

Luckily we were able to, but exchanging tickets is subject to availability. We boarded the train from Cheongsapo Station around sunset and the view was amazing. Since there were a lot of people that boarded from Cheongsapo, we were left with a back seat. But a lot of them got off at Dalmaji Tunnel so we were able to move up towards the front. We have to admit, despite the slow pace of the Sky Capsule, it did have a better view. In this blog, we discussed two sight-seeing train options in Haeundae.

The next time you all visit Busan, we hope you all get the chance to experience the breathtaking ocean views.

Thank you for reading, and let us know of any comments below!