Locals' Guide To Palaces In Seoul

Jaeeun Jo
a year ago 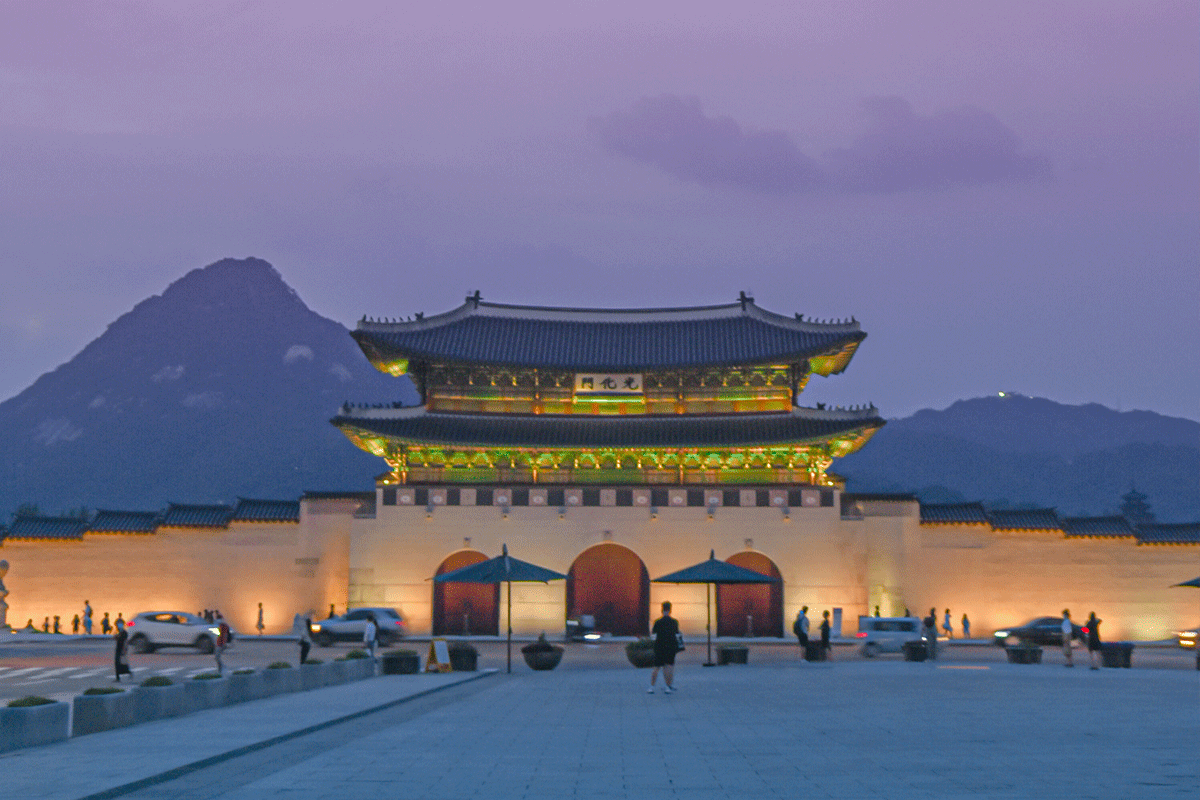 A must-see when you visit Seoul are the palaces that allow you to get a glimpse of lifestyle, culture, and architecture of the royal family of the Joseon Dynasty and the imperial family of the Korean Empire.

The homes of the royals, the place where the king saw to his duties, they are said to be representative of royal culture.

In Seoul a total of five palaces have been preserved, and today we are going to tell you about the features and historical background of each. 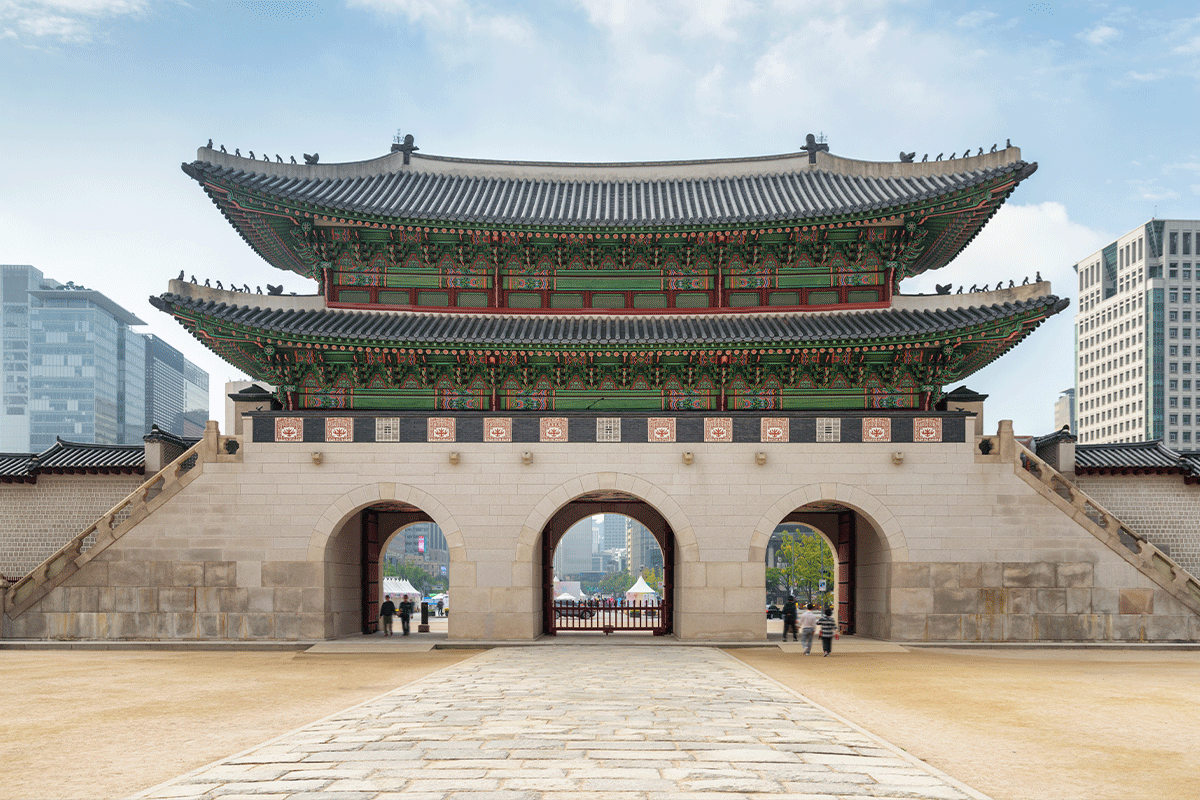 Gyeongbokgung Palace was first completed in 1395 by King Taejo (born Yi Seong-gye), the first king of the Joseon Dynasty.

True to the title of being the first palace built in the Joseon Dynasty, Gyeongbokgung is the most famous palace amongst the five major palaces in Seoul, and is the most visited tourist destination. 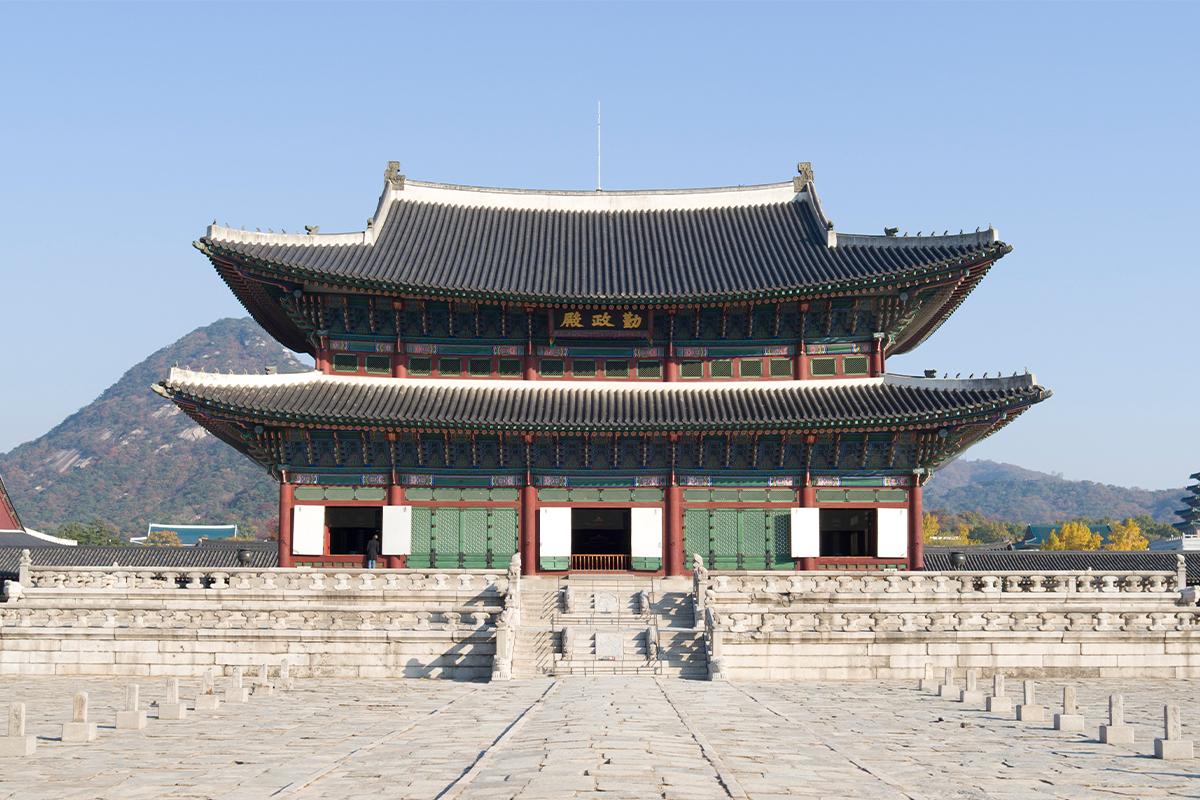 There are countless buildings inside the palace, and each building had an important role to play.

Geunjeongjeon (근정전), the main building of Gyeongbokgung, is the most prestigious space in the palace. 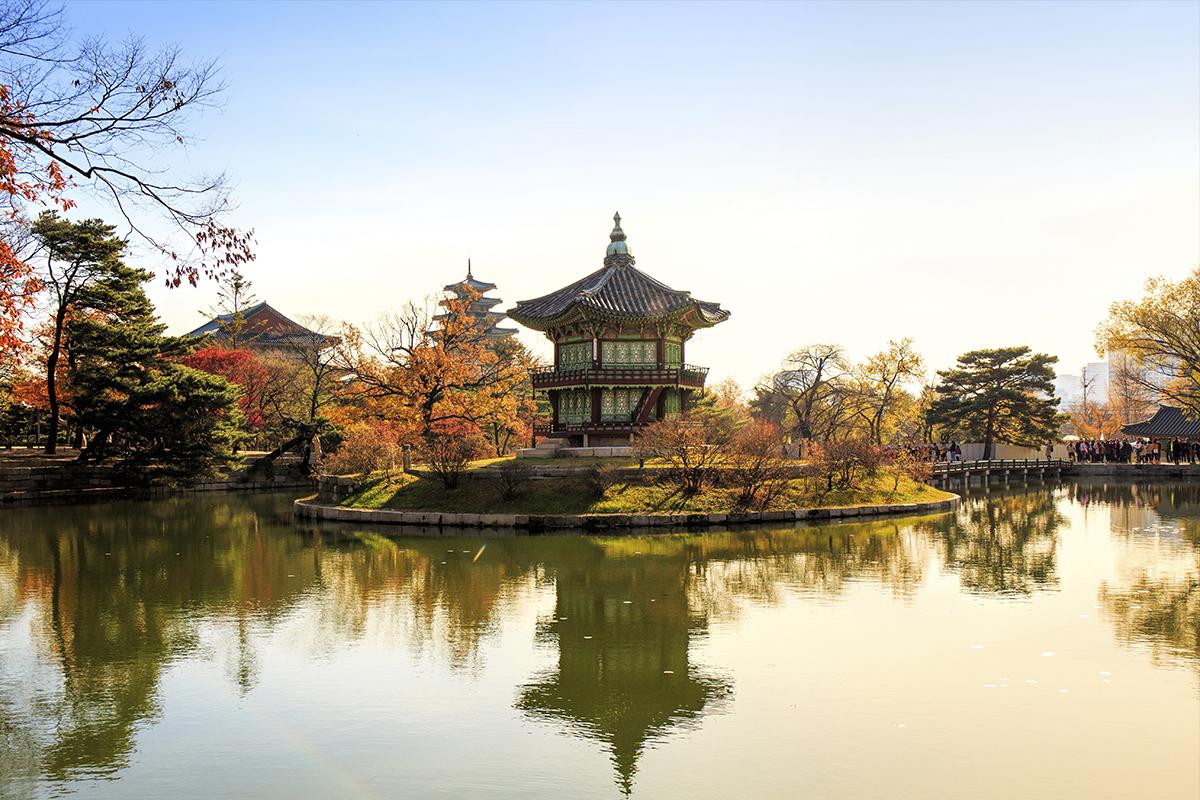 In the palace, which used to be the living space for the royal family, there is also what is called a Huwon (후원), or secret rear garden, where they rested. The Hyangwonjeon Pavilion (향원정) located in the pond of the royal family is also famous for the most beautiful scenery in Gyeongbokgung. Hyangwonjeong Pavilion was reopened to the public in November 2021, after three years of repairs .

For reference, most of Gyeongbokgung Palace was burned down during the Imjin War of 1592, but was restored by Emperor Gojong in the 1860s; however, many places were damaged during the Korean War, and restoration work is still ongoing to restore the original appearance of the Joseon Dynasty. 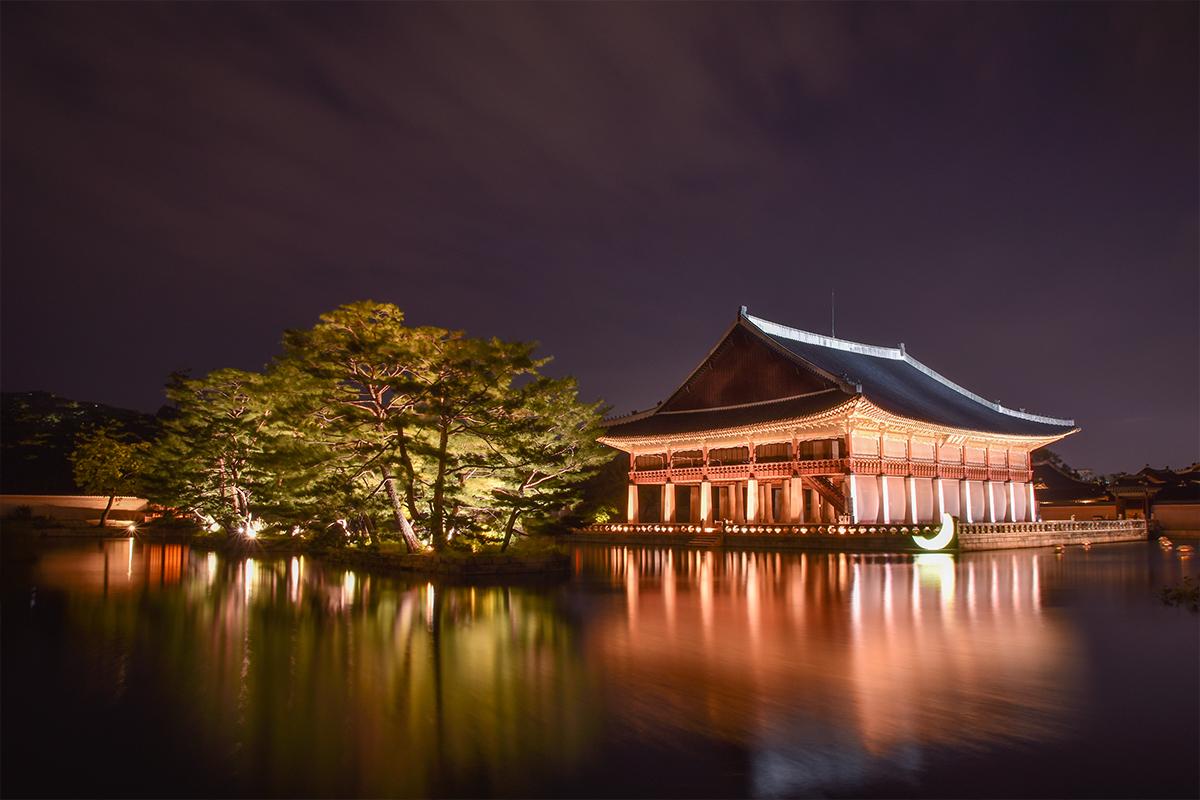 Another pavilion famous for its beauty is Gyeonghoeru Pavilion, particularly if you visit during the season when the palace is open at night and you can enjoy the magical look of the lit up buildings.

Also, around Gyeongbokgung Palace, there are many things to enjoy, including Seochon Village, various foods and cafes, and more, so you can make a whole day out of your visit to Gyeongbokgung!

How To Get There: Go straight through Exit 5 of Gyeongbokgung Station (경복궁역) subway Line 3 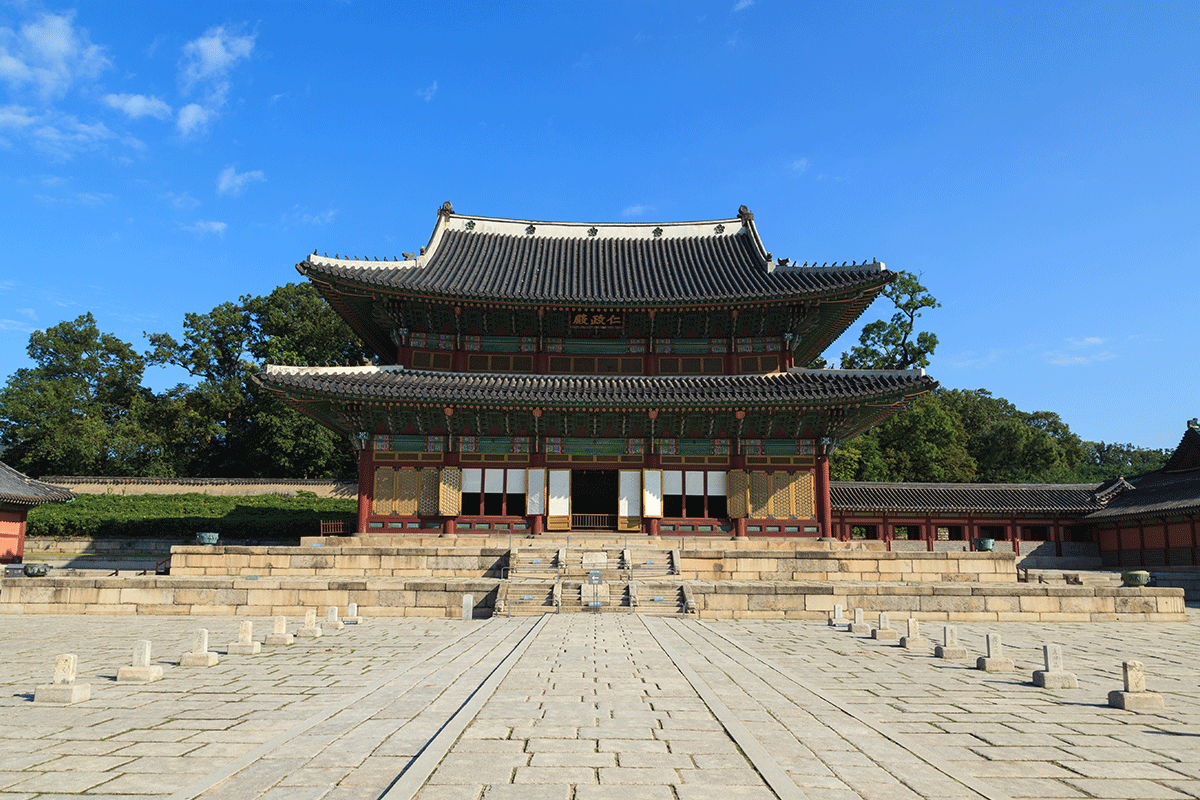 Changdeokgung Palace is the only palace registered as an UNESCO World Heritage Site among the five major palaces and has actually served as the main palace of Joseon for a longer time than Gyeongbokgung. Changdeokgung Palace is Joseon's second palace built in 1405 by King Taejong, the third king of Joseon. He preferred to stay in Changedeokgung, a new palace, instead of Gyeongbokgung because he killed his own brothers and revolted to become king.

Even after both Gyeongbokgung and Changdeokgung were burned down due to the Japanese invasion in 1592, the 15th King Gwanghaegun restored only Changdeokgung. At that time, the kings preferred Changdeokgung because they believed Gyeongbokgung was not well built. Kings Yeongjo and Jeongjo, the 21st and 22nd kings who led the golden age of the late Joseon Dynasty also stayed here. The wife of the last crown prince of Joseon, Yi Bangja (이방자), and Princess Deokhye, the youngest daughter of Emperor Gojong resided here in Nagseonjae for the rest of their lives after finally being allowed to return to Korea from Japan, so you can see this palace has a very long history from early Joseon to the end of the dynasty. Changdeokgung Palace was the only one listed as a World Heritage Site because among the five major palaces, the original Joseon Dynasty architecture was best preserved, and also because the palace and natural environment were in harmony and contained the best Korean sentiment.

Changdeokgung's Secret Garden, which requires a separate admission ticket, is a traditional Korean garden created by preserving nature as it is. It's beautiful whenever you visit, but especially in Spring and Fall, when you can see flowers, so tickets often sell out right away during these seasons.

After visiting Changdeokgung, we recommend checking out Changyeonggung and Bukchon Hanok Village.

How To Get There: 6 minute walk from Anguk Station (안국역) subway Line 3 Changgyeonggung Palace is a separate palace set up by King Sejong, the fourth king of Joseon, who was crowned in 1418 to make his father Taejong and the elders of the royal family more comfortable. Changgyeonggung is connected to Changdeokgung, so you can purchase tickets for both palaces at the ticket office if you want to visit both of them.

Changgyeonggung is also a place full of history of Joseon and the Korean Empire, so for those interested in Korean history, this is a must. 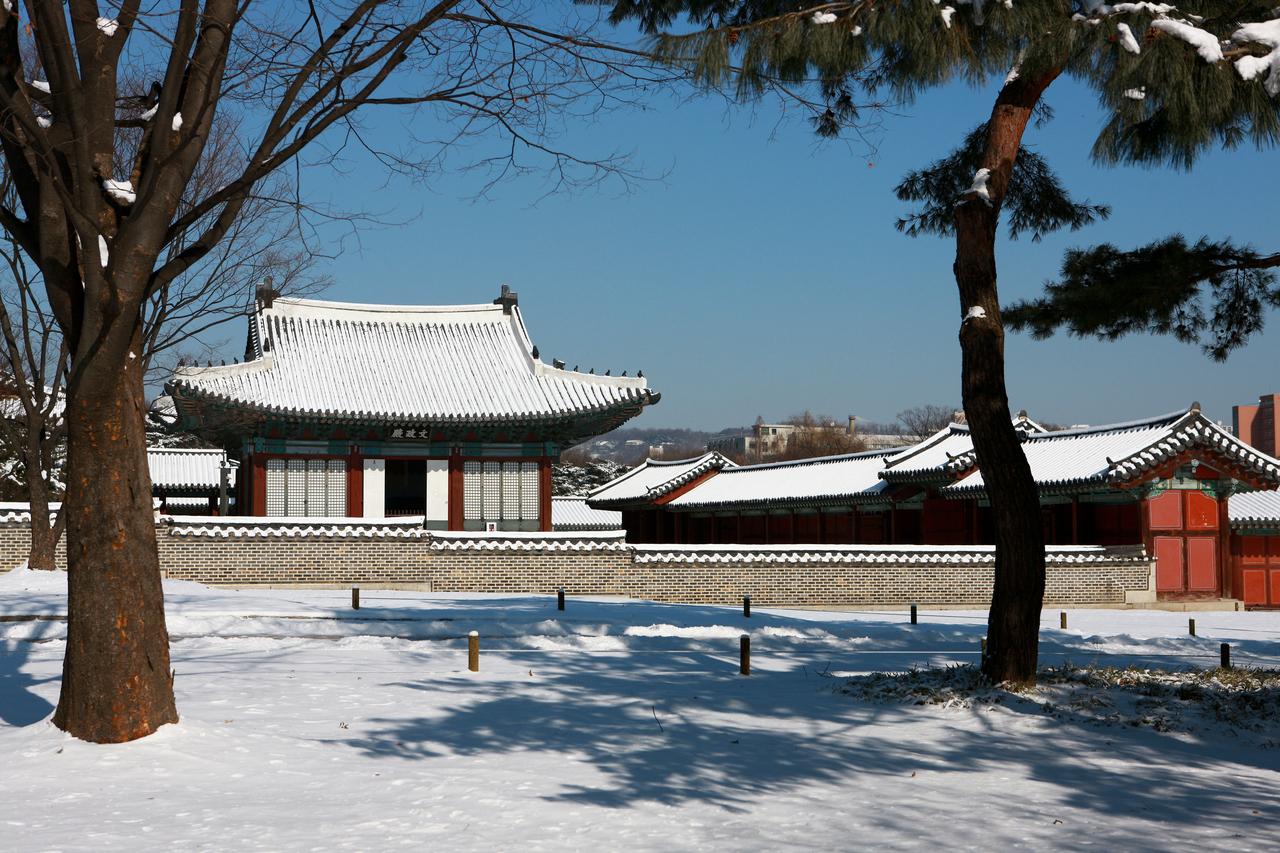 King Yeongjo, the 21st king of Joseon, had a son, Crown Prince Sado, born of a low-ranking court lady. The king worried the subjects would look down on him because of his mother's low rank, so he raised Prince Sado more harshly and strictly, but this just just made the prince vicious.

Prince Sado, who was originally very smart, eventually lost his title of crown prince due to the alienation court officials and the pressure from his father. He was trapped in a rice chest for eight days by order of his father, which resulted in his death. It was in Munjeongjeon at Changgyeonggung where this tragic event took place. Unlike other places, in spring you can see beautiful cherry blossoms at Changgyeonggung Palace, which also has a sad historical background.

In 1907, King Gojong, the 25th king of Joseon and the first emperor of the Korean Empire, was removed from the throne by Japan, and his son, Sunjong, was installed as emperor. Emperor Gojong lived separately in Deoksugung Palace, while Emperor Sunjong lived in Changdeokgung Palace. The Japanese planted cherry blossoms, a symbol of Japan, and decorated it as a Japanese-style garden under the guise of comforting Emperor Sunjong. 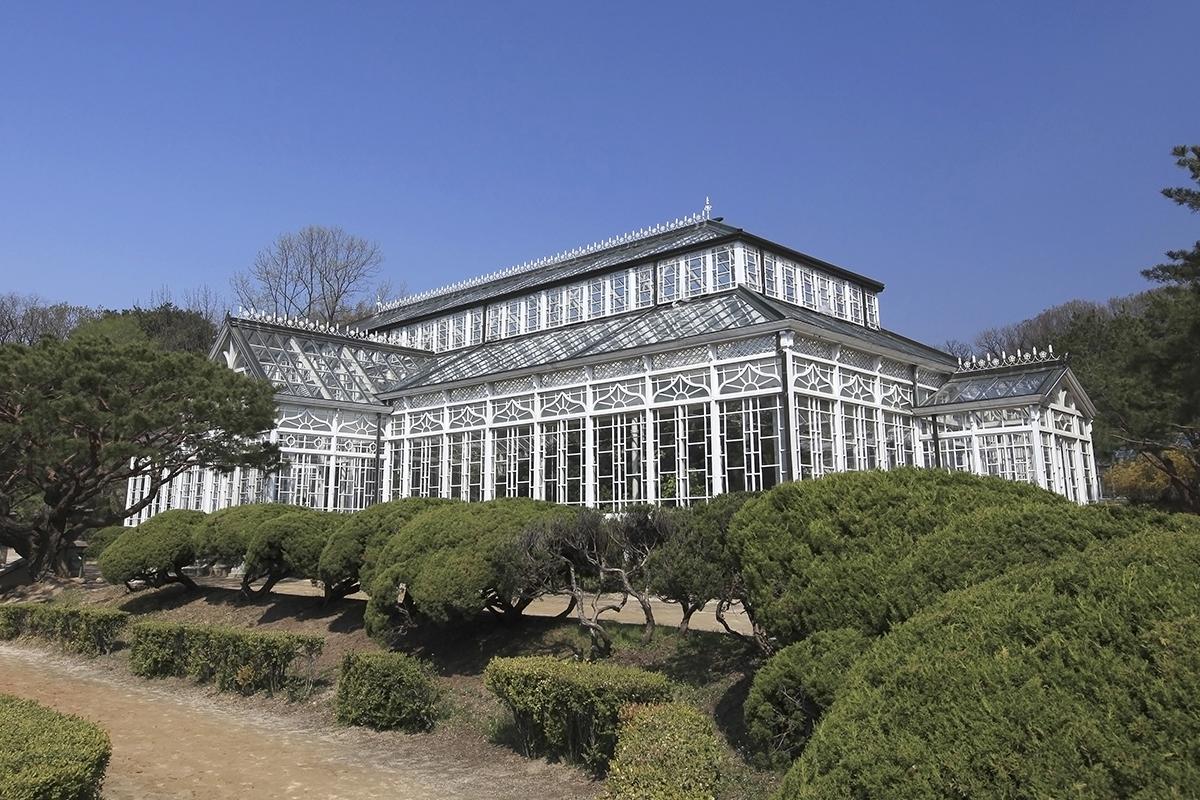 In addition, glass greenhouse botanical gardens and zoos were built, and Changgyeonggung lost its dignity as a palace of the country. Even after independence from Japan, it continued to be used as a park, but through restoration work it has regained its formality as a palace.

However, cherry blossom trees and greenhouse gardens are still preserved, so they contain Korea's painful history and act as a constant reminder throughout the tour. 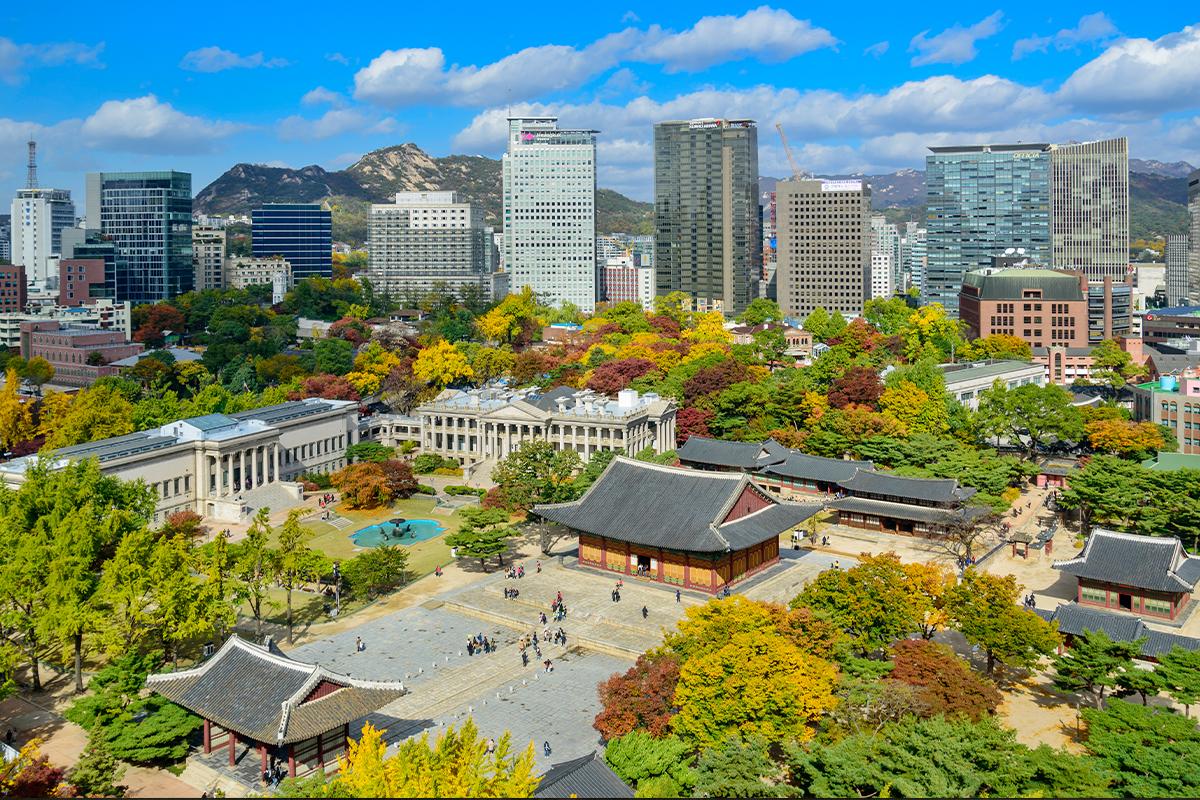 The view of Deoksugung from Yeongdong Observatory

Jeongdong Observatory, right next to the palace, is a great place to admire the view of Deoksugung Palace at a glance, so we recommend you visit both places together. In addition, Changgyeonggung Palace and other places are open late, so you can enjoy the night view without having to book a night tour. Originally, Deoksugung Palace was the home of Prince Wolsan, the brother of King Seongjong, the 9th king of Joseon, but it was temporarily used as a palace by King Seonjo, the 14th king, after the Imjin War. After that, in 1897, Emperor Gojong, who briefly fled to the Russian legation to escape the Japanese, moved to this place and used it as an imperial palace.

When Emperor Gojong fled to the Russian legation, he first encountered coffee there and fell in love with the taste, so he would take coffee breaks at a building called Jeonggwanheon here in Deoksugung Palace.

The Korean Empire began to face many diplomatic relations with western countries, so you can see a western influence in the architecture at Deoksugung. 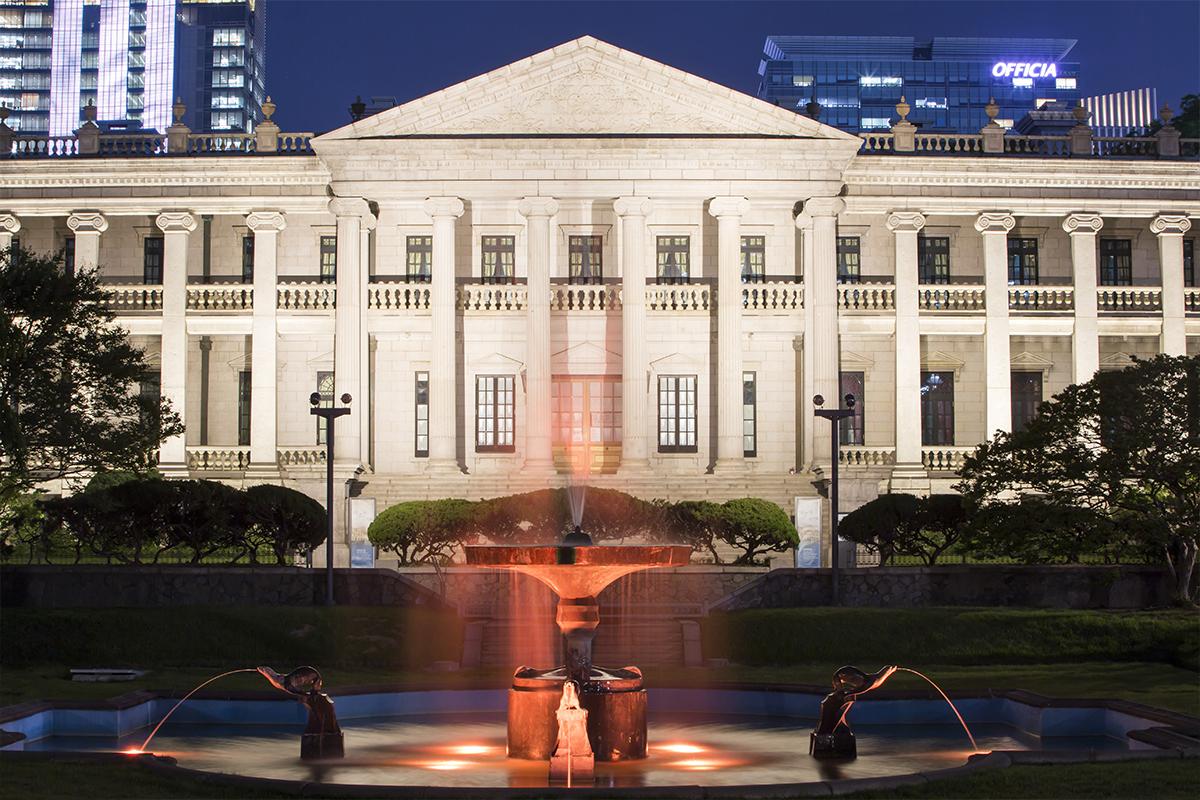 Seokjojeon Hall is unlike any other palace building in that it is completely western in architectural style. This building took 10 years to complete and was the emperor's living space, including imperial couple's bedroom and guest reception room.

However, 1910, when the building was completed, was the year the Korean Empire fell to the hands of Japan due to the Korea-Japan Annexation Treaty and, like Changgyeonggung Palace, it retains the sad pain of modern Korea history. Gyeonghuigung Palace was completed in 1620 by Gwanghaegun, the 15th king of Joseon, and was a very large palace with more than 100 buildings. 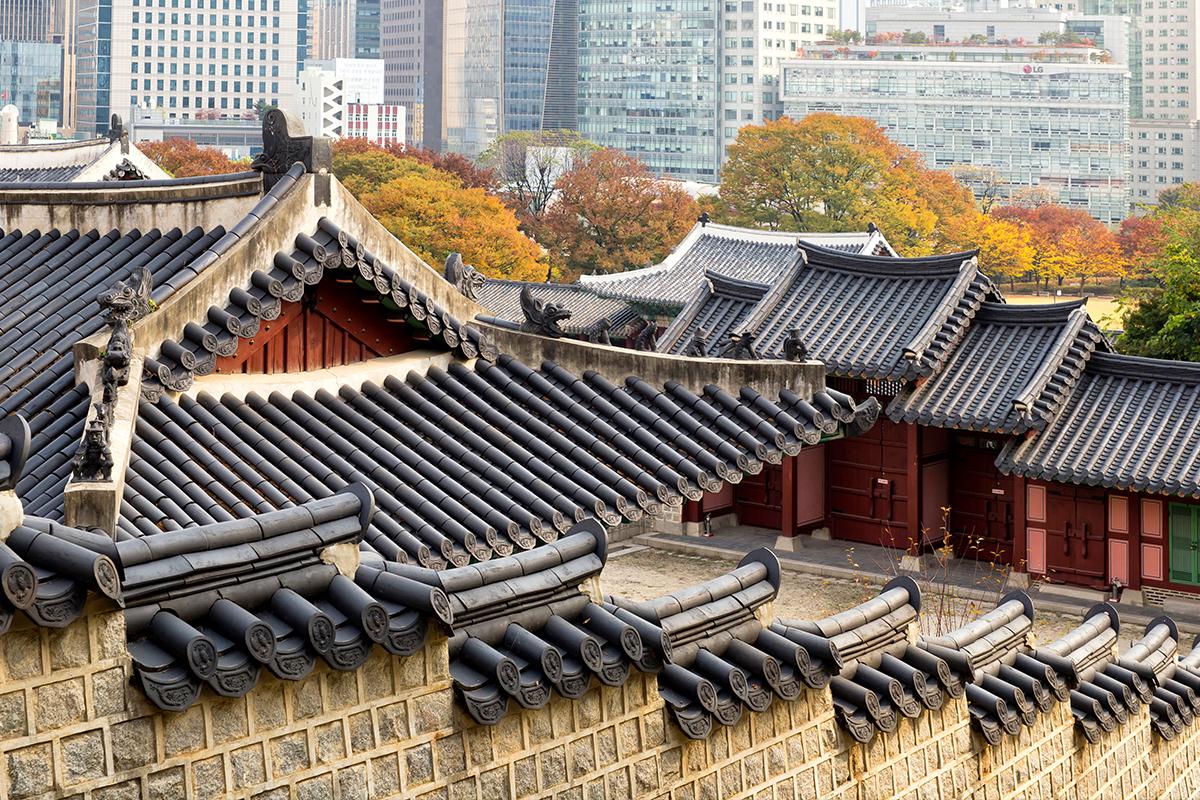 The outer wall of Gyeonghuigung

However, despite its enormous size, Gyeonghuigung is less well-known than other palaces. The reason is that during the Japanese colonial era, many of the buildings were demolished to build Gyeongseong Middle School for Japanese children. 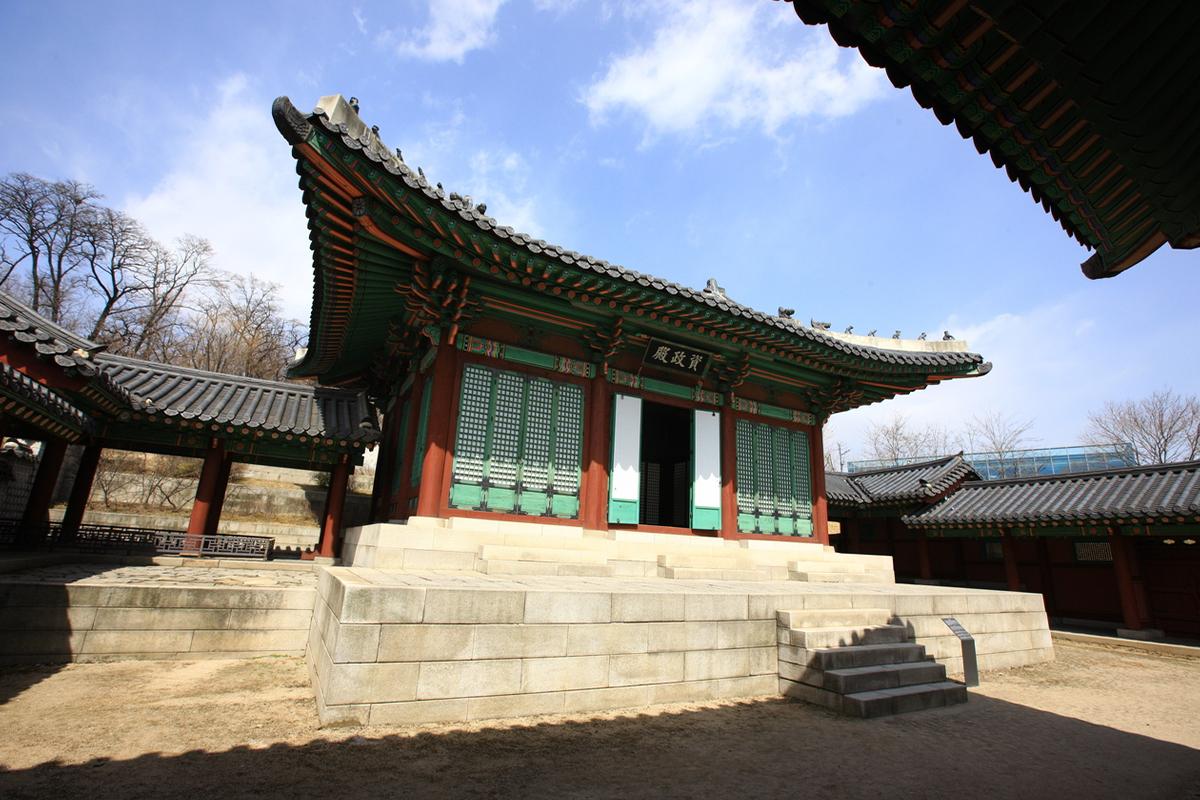 This is the palace that suffered the most damage during the Japanese occupation, so there are few buildings left and doesn't attract many tourists. However, thanks to this, it has the advantage of being a quiet place to observe the palace buildings of Joseon in detail.

Also, you can really feel the history here in this place that has withstood many hardships. An interesting spot to check out here is this mysterious rock, called Seoam (서암) or Wangam (왕암). It is said that Gwanghaegun built the palace here because of the energy he felt from the rock.

This place appeared in the Netflix K-Drama Kingdom, so it would be a cool place to visit for fans of the show!

How To Get There: 10 minutes by foot from Exit 4 of Seodaemun Station (서대문역) subway Line 5

This has been an introduction to the five major palaces in Seoul. Although built in the same dynasty, each has their own historical background and story to tell.

Hopefully this was educational and interesting for you and helpful for your trip planning.

Which palace do you most want to see when you come to Korea?